The City of Detroit's bankruptcy was driven by a severe decline in revenues (and, importantly, not an increase in obligations to fund pensions). Depopulation and long-term unemployment caused Detroit's property and income tax revenues to plummet. The state of Michigan exacerbated the problems by slashing revenue it shared with the city. The city's overall expenses have declined over the last five years, although its financial expenses have increased. In addition, Wall Street sold risky financial instruments to the city, which now threaten the resolution of this crisis. To return Detroit to long-term fiscal health, the city must increase revenue and extract itself from the financial transactions that threaten to drain its budget even further. 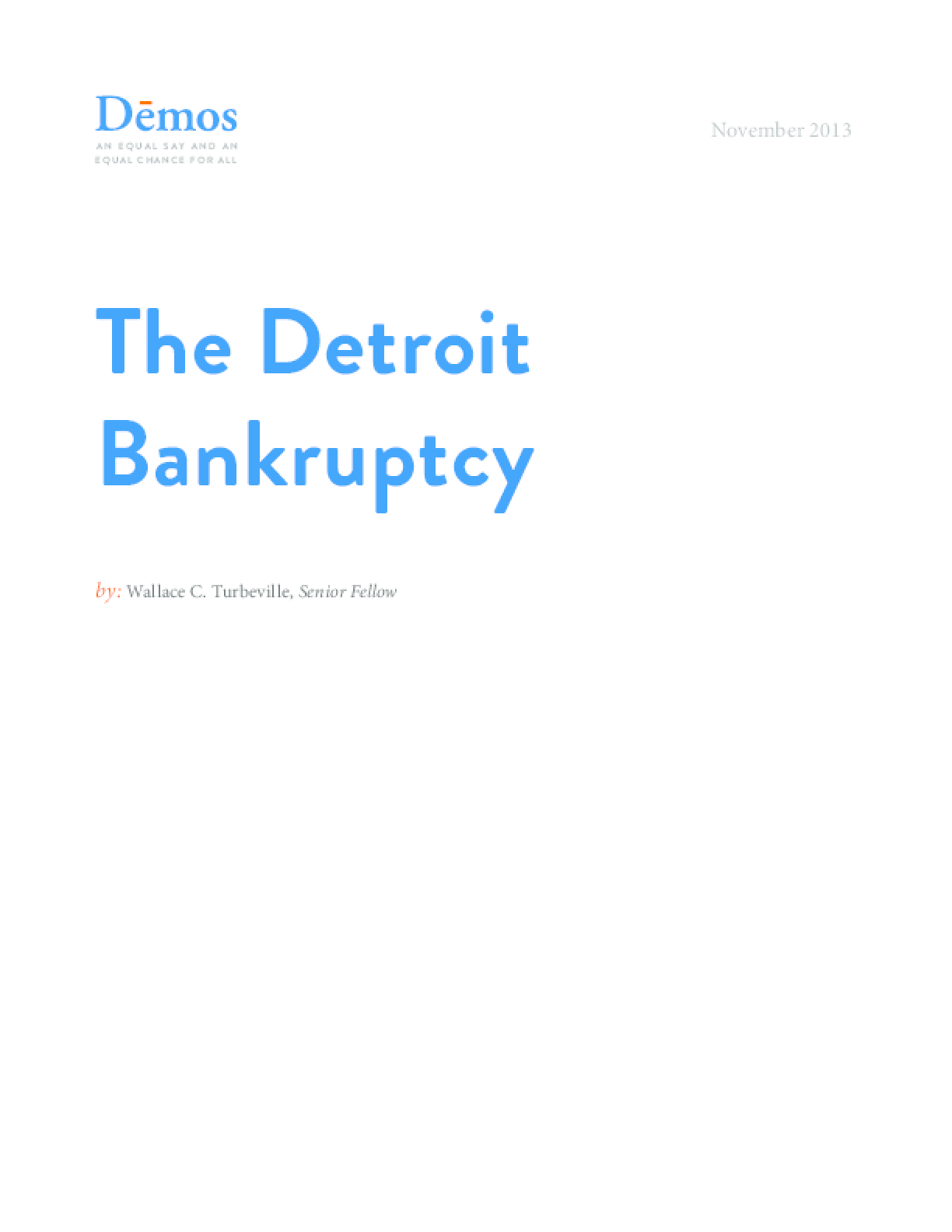