The Dilemma of Middle Class Philanthropy: A Summary Report Focusing on the BRIC Countries

A key question for the future of philanthropy emerged from discussions at the consultation meeting in Delhi which formed part of the Bellagio Initiative on the future of philanthropy and development in the pursuit of human wellbeing: what's happening with middle class giving in BRIC countries and how can it contribute effectively to equitable and sustainable development? Two key and difficult questions emerged from the discussions in Delhi which the Resource Alliance felt needed further attention:


* 'What is the potential for giving of the growing middle class in BRICS countries?'


* 'How can this philanthropy be (made) transformative?'


Beyond those important and difficult questions, the Resource Alliance sought 'new knowledge, potential and challenges' on the problem of middle class philanthropy, so commissioned resource papers on middle class philanthropy in Brazil, China, India, and Russia. The papers sought to gather data and analysis on 'the potential of middle class giving in terms of numbers and income groups, growth in last three to five years, professional/educational/ financial background; differing philosophies of giving; the role of religious identities, current motivations and mechanisms for giving .... and the challenges/future options and we can draw from them'.


Furthermore, it is difficult to differentiate 'middle class philanthropy' from other forms of giving by local communities. The resource papers give some hints -- primarily in the area of methods of giving -- but we are left without answers to key questions such as is the newer middle class giving to different causes? In different ways? For different motivations? Changing over time? Since this is a new research area, the resource papers only begin to address these issues, which, we hope, other researchers will take up in the future.The problem of trust and the need for higher levels of accountability and transparency in the charitable community to encourage and sustain donation processes emerges as a constraint on giving, and confidence in giving, in each of the resource papers. Of course, issues of trust, accountability and transparency are not specific to the somewhat artificial category of 'middle class giving'. Yet they need to be further addressed in each of these countries and presumably in many others as well.


Like the problem of trust, language, accountability and transparency, the continuing importance of policy and legal frameworks to encourage giving -- all giving, not just from the middle class -- emerges from each resource paper. And like other themes, more facilitative policy and legal frameworks would help to strengthen giving and non-profit service in general, not just among the 'middle class'.


The growing importance of social innovation in the giving context, including new forms, structures, institutions and modes of philanthropy emerges in each of the four country contexts. And this may actually -- though, again, the data isn't there -- be something more specific to middle class and wealthy donors. 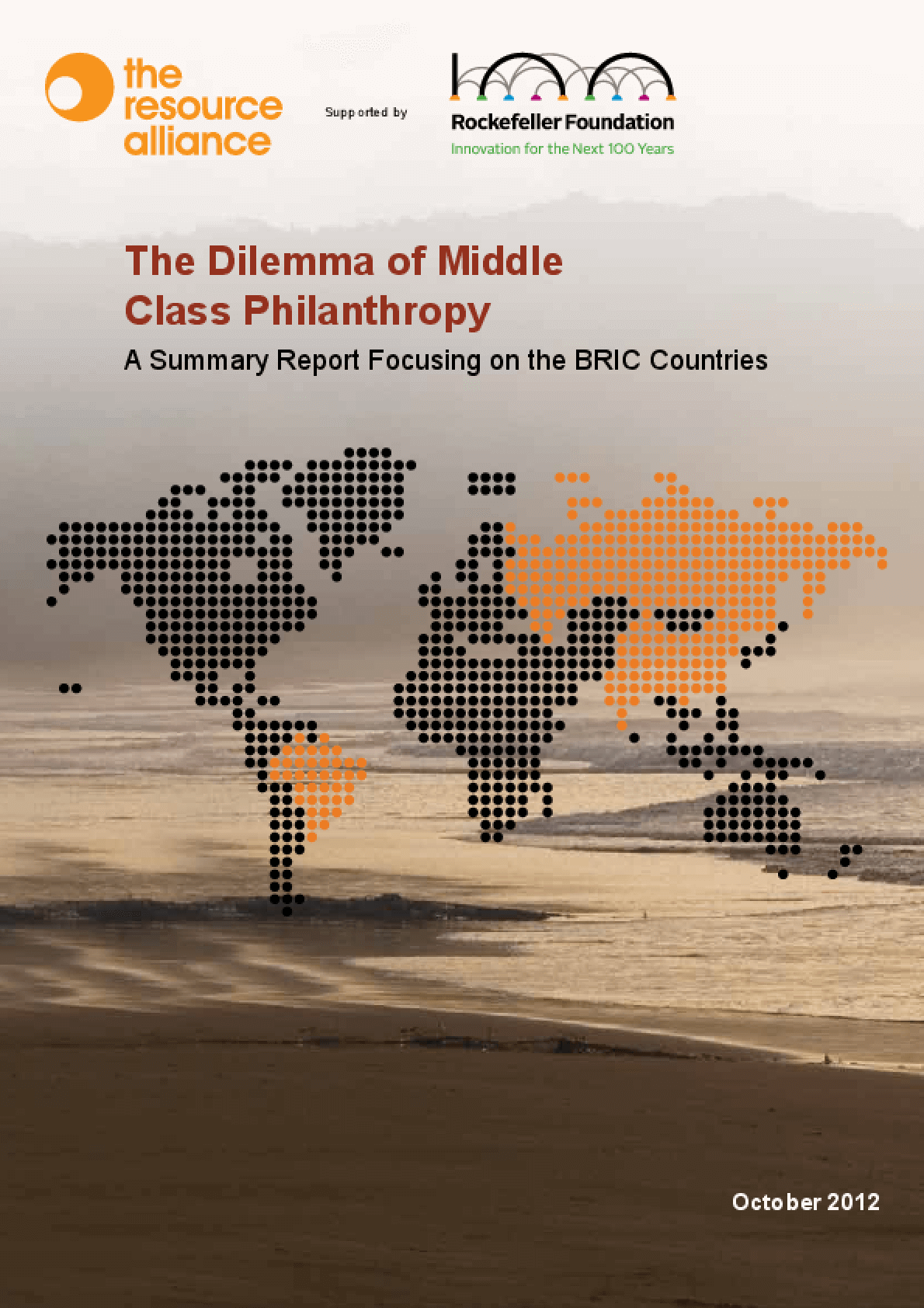