The Double Bind: The Politics of Racial & Class Inequalities in the Americas, Executive Summary

by Alvin B. Tillery; Juliet Hooker

The main goal of the task force, under the leadership of APSA President Rodney Hero, was to investigate the relationship between race and class in producing material, political, and social inequalities in the nations of the Americas. The task force also examined how the political systems in these countries work to foment and/or ameliorate inequalities that track with ethnic and racial identities and socioeconomic status.

The work of the task force unfolded in a period in which political science has begun to pay greater attention to the causes and consequences of various forms of inequality. To some extent, political science has lagged behind cognate fields of history, economics, and sociology in terms of scholarly attentiveness to inequality. The recent literature on inequality in political science, however, has focused almost exclusively on rising income inequality and how it affects political representation. The long-standing gaps in the life chances of whites and communities of color in the nations of the Americas have been largely unexplored. At the same time, in Latin America, which had long denied the existence of a relationship between race and ethnicity and class disparities, there has been an explosion in data-gathering on race and ethnicity and in particular on the relationship between race and inequality.

The task force members have explicitly sought to grapple with both the problem of rising socioeconomic inequality and the multifaceted racial gaps that exist throughout the Americas. Moreover, they examined the ways in which race and class inequalities are epiphenomena of politics. Thus, their work was organized around several core concepts and theoretical insights that animate research programs in political science—e.g., the role of institutions, the mobilizing power of group memberships, party politics, and social movements. They find that ethnoracial minorities, even in countries in which they represent a large percentage of the population and participate actively in elections, are hampered in translating their demographic potential and civic participation into meaningful socioeconomic gains by their low socioeconomic status and the incentives of the party system. 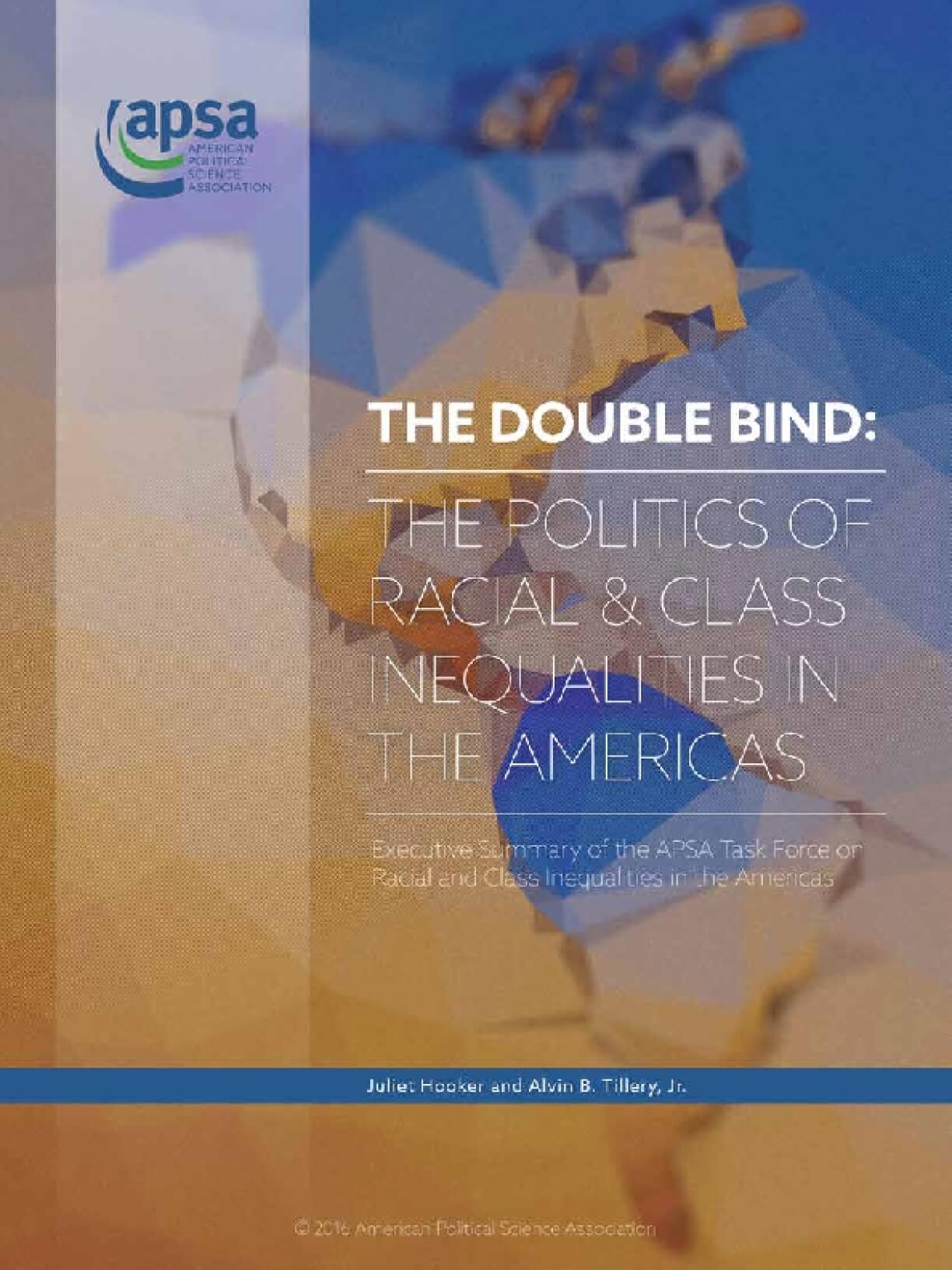