The Drivers of Political Communication on Messaging Apps: Habits and Perceptions of Brazilians in 2020

Since the 2018 elections, WhatsApp has gained centrality on debates about political communication on the internet. In that year, reports of bulk messaging have marked the elections, and messaging apps became the central concern regarding the use of digital tools by electoral campaigns. Many studies have investigated the strategies to influence the political debate in these spaces, finding signs of coordination, articulation and automation in open chat groups on the platform. The relation of the user with those strategies and this space, however, is still a field to be explored.

The research published on August 8 reveals that the year of 2018 was a turning point for users on WhatsApp: of the 3113 users interviewed in the period of December 7 to 16, 2020, 71% affirm having somehow changed their behavior on the app since that year's elections, policing themselves more on what they talk about in WhatsApp groups, while 50% affirm having seen a change in group rules regarding what can be shared. From the split of groups or changes in behavior in order to avoid political arguments, to the emergence of shared rules in different groups, the users' experiences in that election impacted the way they interact and react on messaging apps.

This movement engendered by the 2018 elections highlights the relevance of individual habits and of each group's rules to the way political contents circulate on messaging apps. The research carried out by InternetLab in partnership with Rede Conhecimento Social aimed at investigating the behaviors and perceptions of users of messaging apps that are able to shape the dissemination of electoral and political content. By adopting a multi-method approach – that combined discussion groups for collecting qualitative data and a sample survey –, the research aimed at focusing on the user's perspective, with the goal of shedding light about their role in the political communication dynamics. 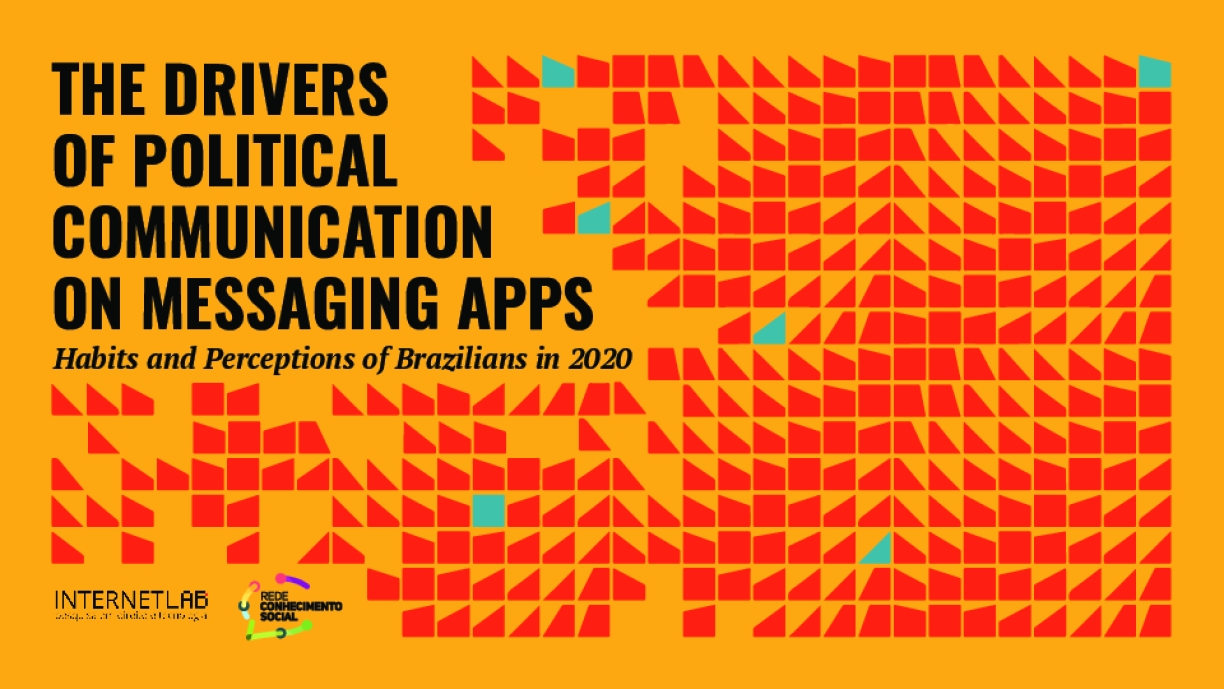