by Timothy B. Lee

An important reason for the Internet's remarkable growth over the last quarter century is the "end-to-end" principle that networks should confine themselves to transmitting generic packets without worrying about their contents. Not only has this made deployment of internet infrastructure cheap and efficient, but it has created fertile ground for entrepreneurship. On a network that respects the end-to-end principle, prior approval from network owners is not needed to launch new applications, services, or content. In recent years, self-styled "network neutrality" activists have pushed for legislation to prevent network owners from undermining the end-to end principle. Although the concern is understandable, such legislation would be premature. Physical ownership of internet infrastructure does not translate into a practical ability to control its use. Regulations are unnecessary because even in the absence of robust broadband competition, network owners are likely to find deviations from the end-to-end principle unprofitable. New regulations inevitably come with unintended consequences. Indeed, today's network neutrality debate is strikingly similar to the debate that produced the first modern regulatory agency, the Interstate Commerce Commission. Unfortunately, rather than protecting consumers from the railroads, the ICC protected the railroads from competition by erecting new barriers to entry in the surface transportation marketplace. Other 20th-century regulatory agencies also limited competition in the industries they regulated. Like these older regulatory regimes, network neutrality regulations are likely not to achieve their intended aims. Given the need for more competition in the broadband marketplace, policymakers should be especially wary of enacting regulations that could become a barrier to entry for new broadband firms. 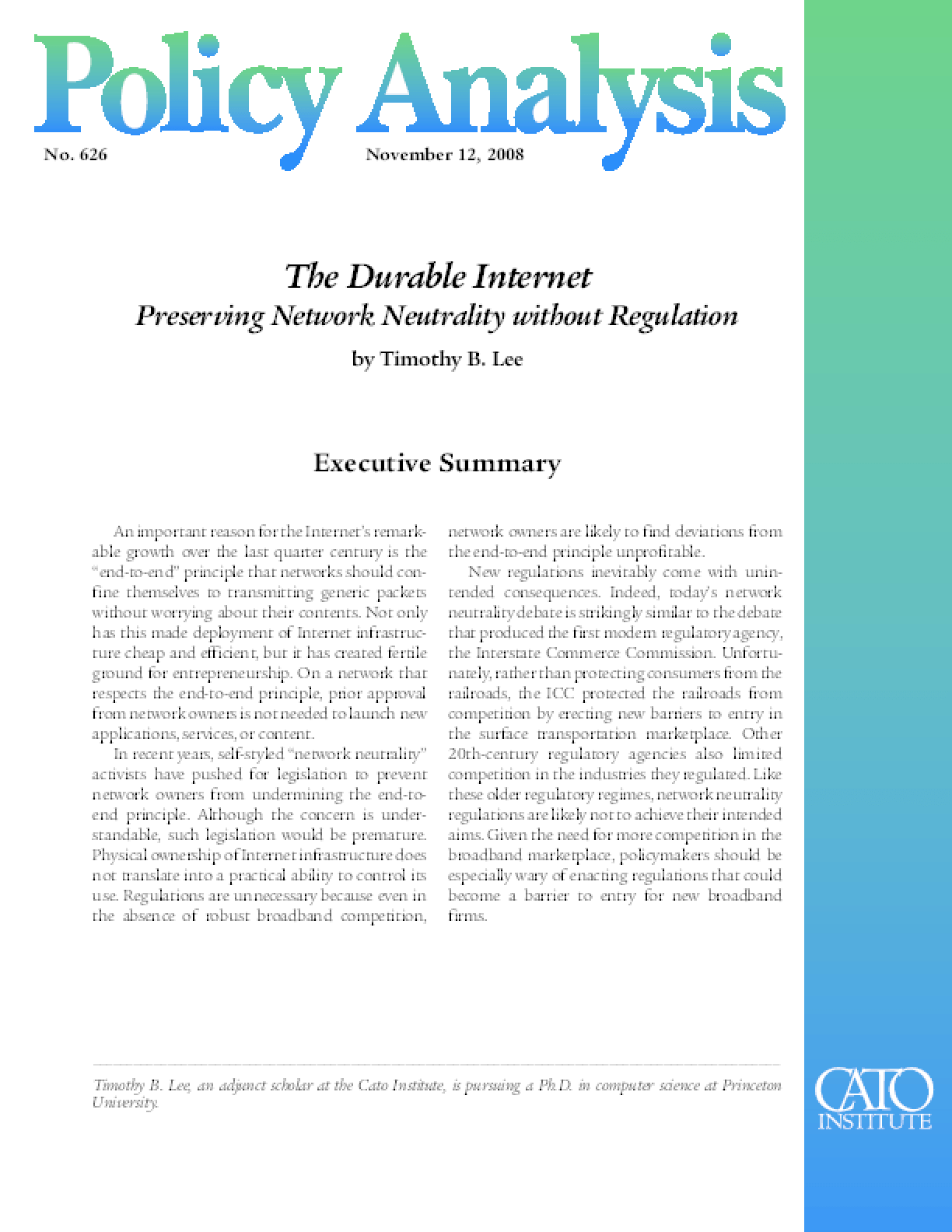