The Economic Benefits of Immigrant Authorization in California

The USC Center for the Study of Immigrant Integration (CSII) estimates that California would eventually benefit from Latino immigrant legalization by $16 billion annually. This would work towards fixing our budget crisis and restoring our safety net programs cut by the state last August. During this period of economic struggle and budget woes, California has a lot to gain from a national legalization policy. The report entitled "The Economic Benefits of Immigrant Authorization in California" measures the benefits that would accrue to the state and the nation if the currently unauthorized Latino workforce in California were legalized. CSII researchers used a conservative economic model that accounts for the wage "penalty" incurred by the undocumented, assumes a very slow increase in English skills and educational levels, and does not account for gains from future migration. Despite this conservative modeling, the report finds that significant immediate and long-term benefits would accrue not only to affected workers, but to the state and nation overall. 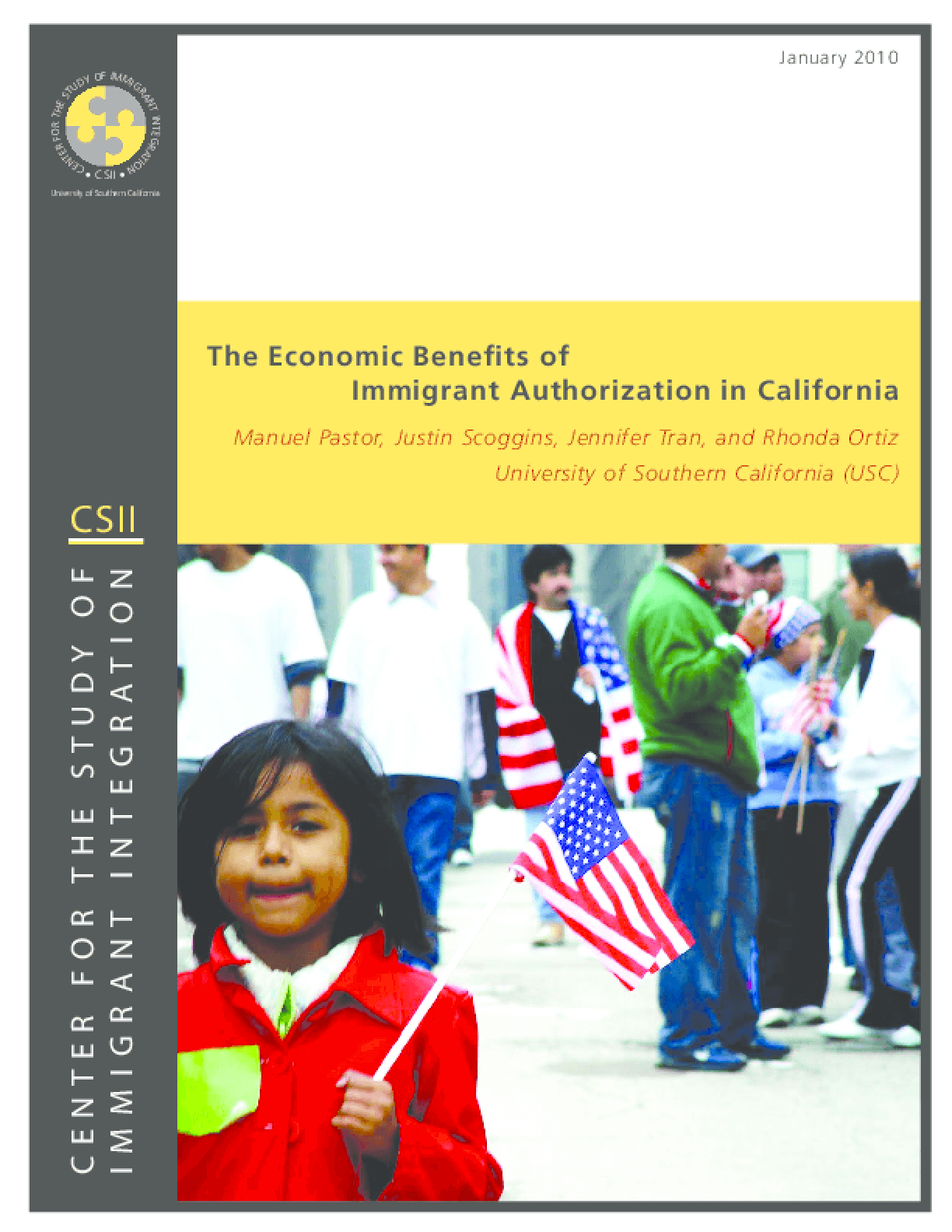