The Economic Benefits of Remittances: A Case Study from Poland

The ability of citizens and businesses to move freely throughout the EU lies at the heart of European integration and the Single Market. Driven by the availability of jobs and resources, migration is generally demonstrated to result in an increase in aggregate output and income. Therefore, international migration has enormous implications for the growth and welfare of both originating and destination countries. International money remittances play an important role in this development, shown to generally reduce poverty, increase small business investment and thus contribute to GDP growth. Together with international migration, the volume of remittances has indeed increased significantly over the past ten years in the EU, reaching €31.2 billion in 2010. This document includes findings from a recent study of remittances in Poland -- which demonstrates their significant impact on the Polish economy over the past 20 years through increased GDP growth and welfare. 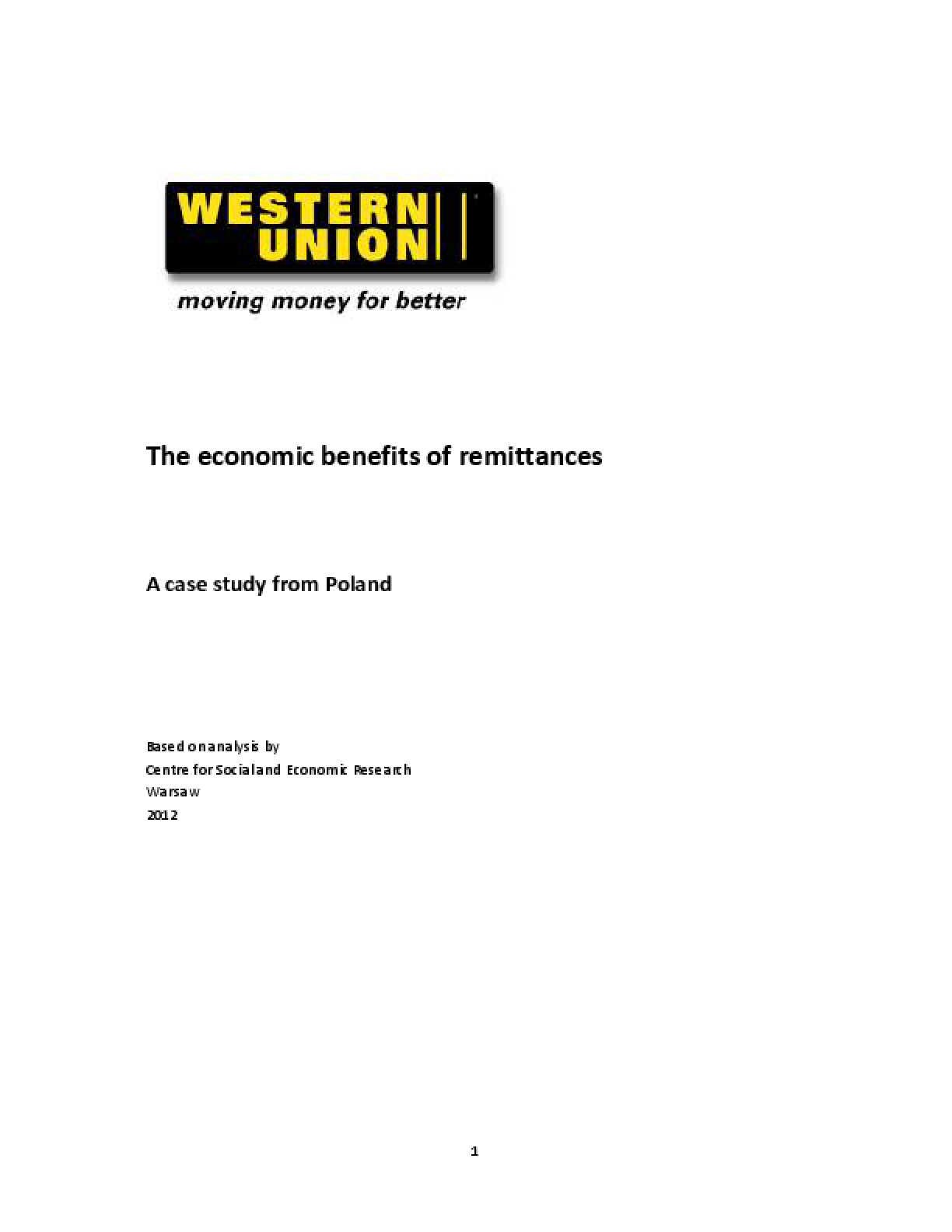