This research study estimates that same-sex marriage in Maine, if permitted, would have a positive impact on the state's economy and budget. The study finds that same-sex weddings and associated tourism would generate $60 million in additional spending in Maine over three years, creating 1,000 new jobs. Due to this spending, the state and Maine counties would see an increase of $3.6 million in revenues over the next three years; the result of an increase of sales tax revenues of approximately $3.1 million and new marriage license fees of $500,000. In calculating the net benefit to the State, the study approximates that half of Maine's 4,644 same-sex couples, or 2,316 couples, would marry in the first three years that marriage is extended to them. The study also estimates that approximately 15,657 same-sex couples from other states would come to Maine to marry. 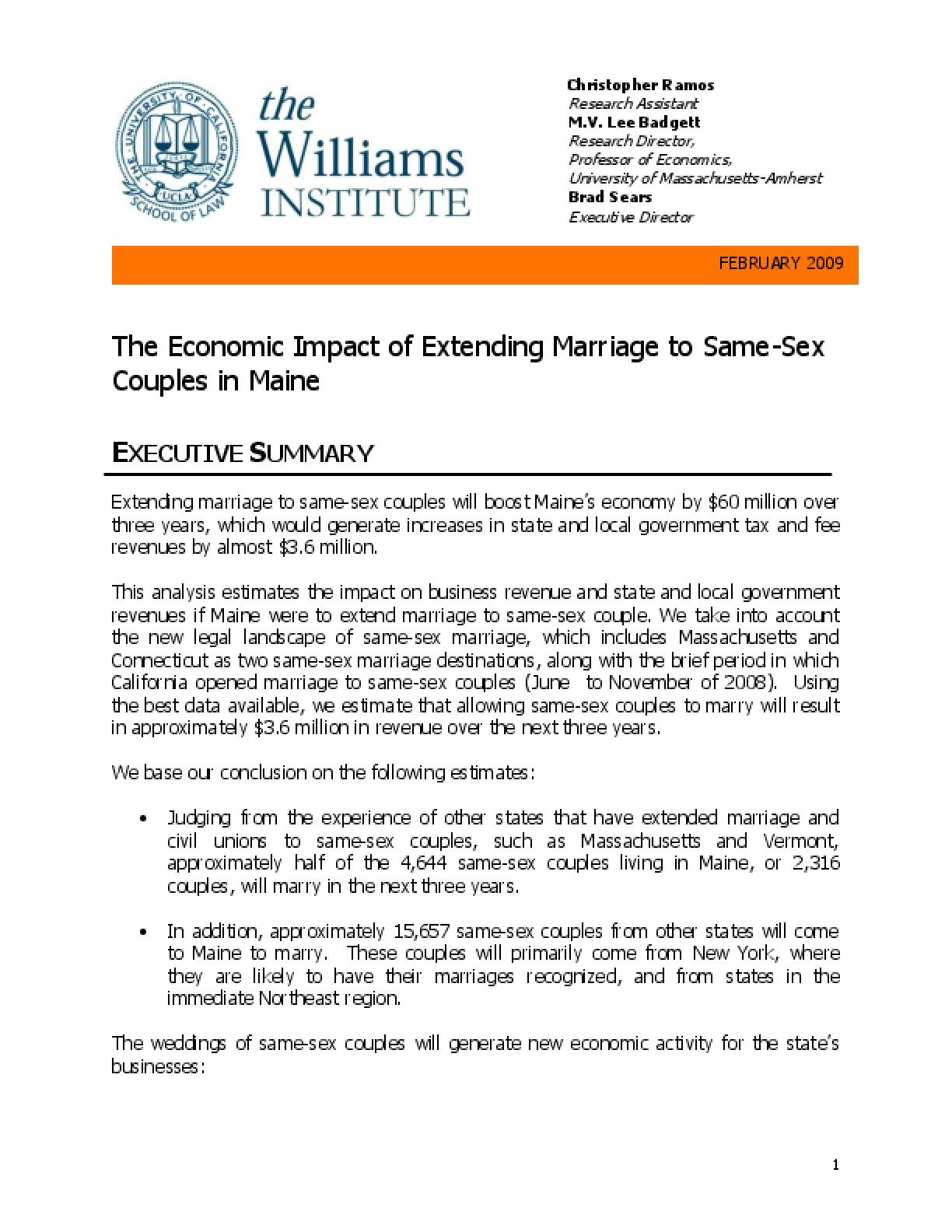