The Economic Impact of Naturalization on Immigrants and Cities

Using American Community Survey data for 21 cities, we find that if the immigrants who are eligible for naturalization became citizens, their earnings would increase 8.9 percent, and combined earnings for the 21 cities would increase $5.7 billion. Federal, state, and city tax revenue would increase $2.0 billion. Expenditures in government benefits would decline $34 million in New York City and increase $4 million in San Francisco. With an additional $789 million in taxes for New York City and $90 million for San Francisco, the net fiscal impact of naturalization on these two cities is overwhelmingly positive. 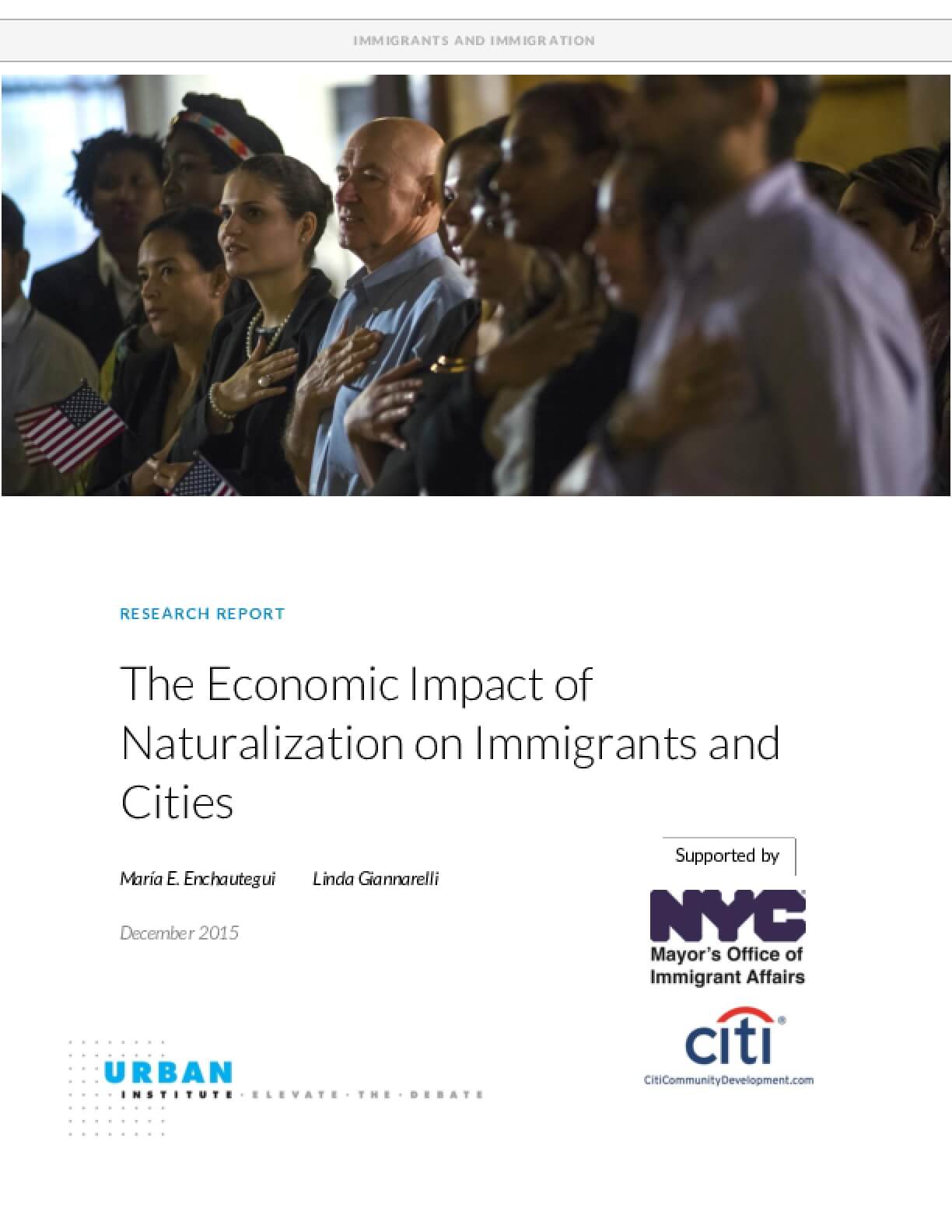