In 1999, the Edna McConnell Clark Foundation (EMCF) began an experiment that would ultimately reinvent its grantmaking. Starting with three grantees, it tested an approach for improving the life prospects of disadvantaged young people by investing heavily in the capacity of nonprofits to "scale up" programs of proven effectiveness.


For the past 10 years, conducting more than 150 confidential interviews with leaders of more than 40 grantees, we have provided the Foundation ongoing feedback about the effects -- intended and unintended -- of its grantmaking. For this paper, we returned to our archive of interviews and examined the Foundation's own performance data to consider two questions:


Have the Foundation's grantees moved the needle -- with greater scale and impact -- in improving the life prospects of vulnerable youth?


What lessons can be drawn from EMCF's experiences -- positive and negative -- to inform others in the field?


This paper has three parts:


1 An overview of the grantmaking strategy the Foundation adopted in 1999;


2 A summary of grantee progress in achieving the scale and impact that are the goals of EMCF's grants; and


3 Lessons and reflections on key aspects of the Foundation's approach. 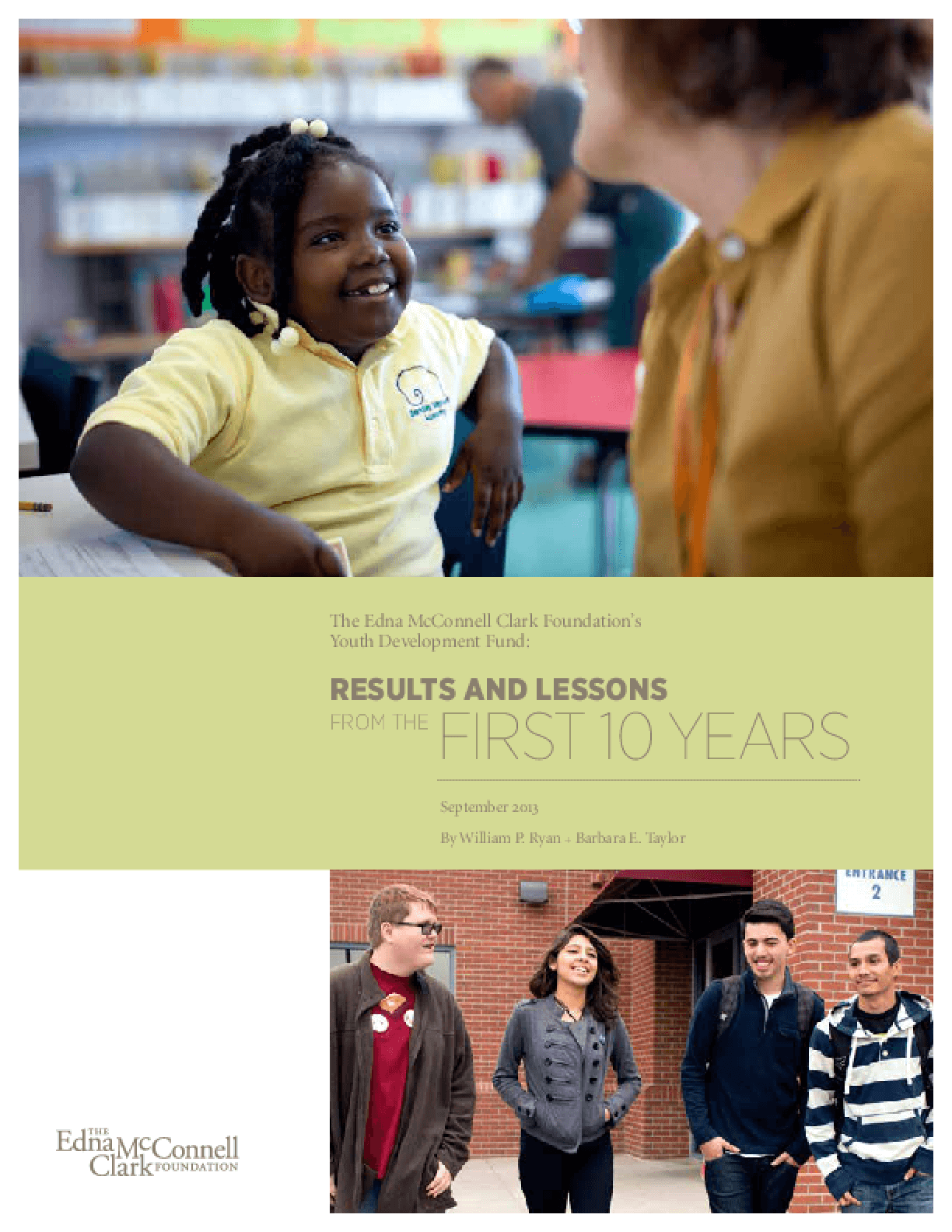