The Effects of a $15 Minimum Wage in New York State

A new UC Berkeley report finds that raising the minimum wage in New York have large positive effects on living standards and very small effects on employment. New York Gov. Andrew Cuomo is seeking legislative support to increase the state's minimum wage to $15 an hour by Dec. 31, 2018, in New York City, and by July 1, 2021, in the rest of the state. Californians may vote on a similar proposal in November. "The policy will have large positive effects on living standards and very small effects on employment," concludes UC Berkeley's team of labor market researchers from the Institute for Research on Labor and Employment in the latest in a series of studies of minimum wage policies under consideration or being implemented by cities and states across the country. The New York analysis is based on a comprehensive new labor market model that the researchers developed to project how workers, businesses and consumers will adjust over the five years of the higher minimum wage's phase-in. The model draws on an extensive academic literature on the economics of labor markets, business practices and consumer markets and examines the interactions among the various effects. If New York enacts a $15 minimum wage, the Berkeley team forecasts some additional automation in low-wage industries, with higher payroll costs for businesses partly offset by savings in employee turnover expenses and employee productivity gains. Consumers would absorb a 0.2 percent annual price increase over the phase-in, equivalent to about a nickel for a $3 box of Cheerios. Consumer inflation has averaged nearly 2 percent a year in recent years. 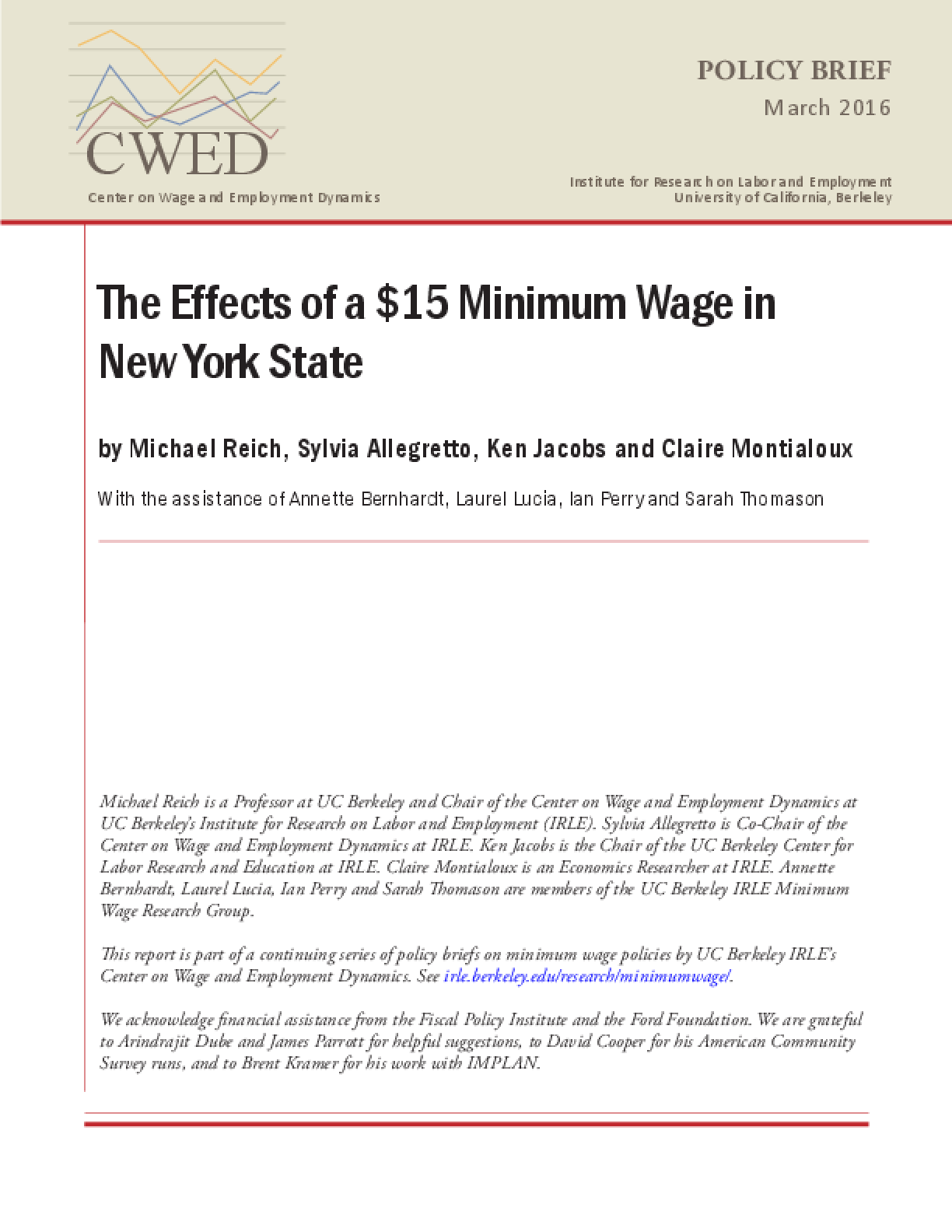