The Effects of a Very Young Age Structure in Haiti: A Country Case Study

The devastating earthquake that struck Haiti in early January 2010 adds to the string of misfortunes in a country used to fighting adversity. Political instability and repeated natural disasters have compounded a failure to invest in its human resources and its environment and have prevented the country from achieving a sustainable development path. Haiti's demographic profile, most notably its very young age structure, affects all aspects of reconstruction efforts, from economic opportunities to security issues, political stability, gender equality and climate change adaptation. Haiti has the youngest age structure in the Caribbean; almost 70 percent of Haiti's people are under age 30. While young people represent an important asset for any country, they need opportunities in order to prosper. Haiti's demographic reality has and will have a profound impact on development in the country. Population Action International's report "The Shape of Things to Come" found that population age structure can influence a country's stability, governance and the well-being of its people. Countries with very young and youthful age structures -- those in which 60 percent or more of the population is younger than age 30 -- are the most likely to face outbreaks of civil conflict and autocratic governance. While the relationship between age structure and instability is not one of simple cause and effect, demographics do play an important role in mitigating or exacerbating a country's prospects for development. 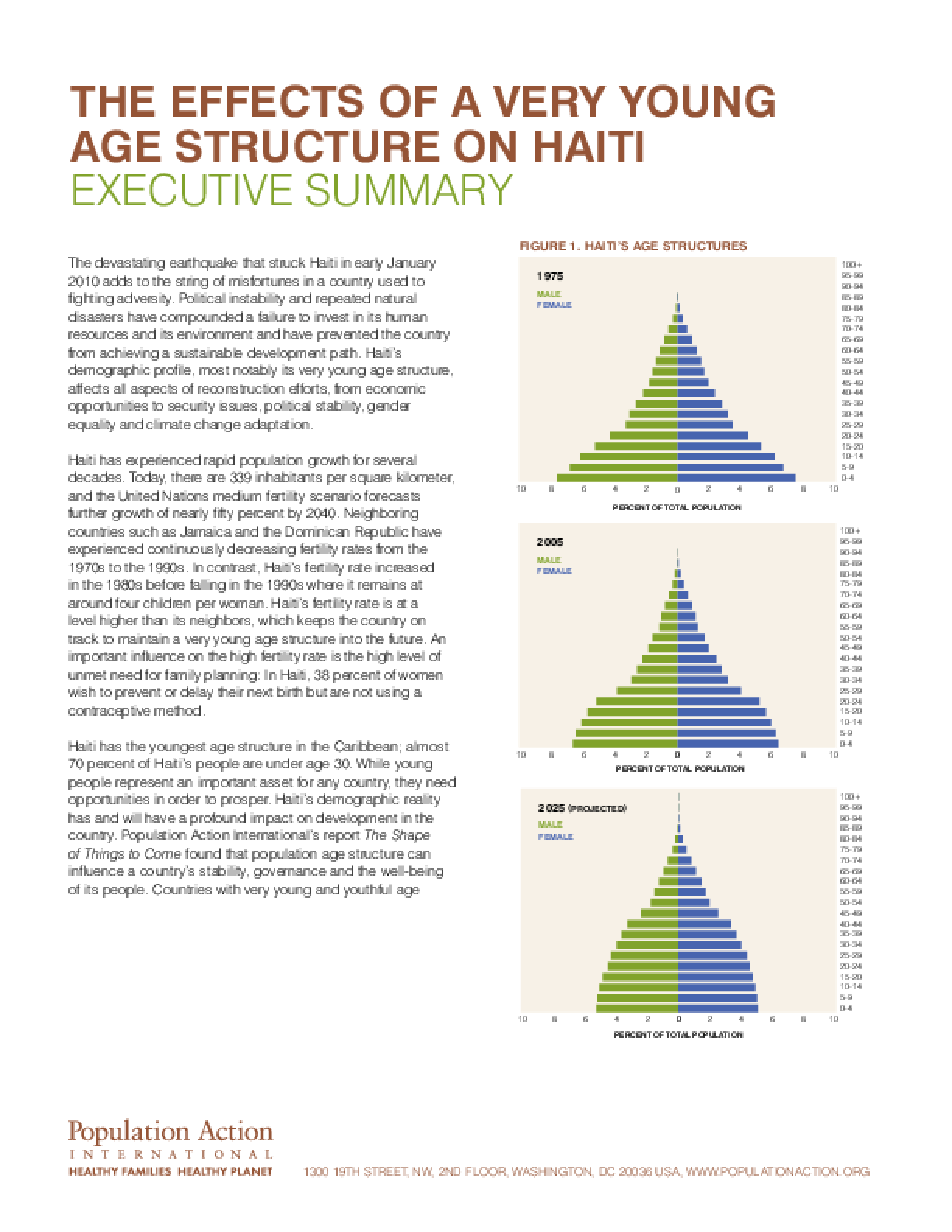