The Effects of a Very Young Age Structure in Uganda: A Country Case Study

Uganda has the youngest age structure in the world, with 77 percent of its population under the age of 30. The population of Uganda is currently growing by about one million people per year, and given the force of demographic momentum, Uganda will see high rates of population growth for decades to come. Uganda's demographic situation impacts all aspects of its development, from economic growth to quality of education to health care provisions. Governance, political stability, security and adaptation to climate change are also deeply influenced by demographic mechanisms. Uganda's very young age structure is deeply tied to its security as well. In 2007, Population Action International (PAI) published "The Shape of Things to Come: Why Age Structure Matters to a Safer, More Equitable World". The report found that population age structure can influence a country's stability, governance and the well-being of its people. Countries with very young and youthful age structures -- those in which 60 percent or more of the population is younger than age 30 -- are the most likely to face outbreaks of civil conflict and autocratic governance. Although Uganda is making progress in some areas, the country's security and governance issues remain significant. 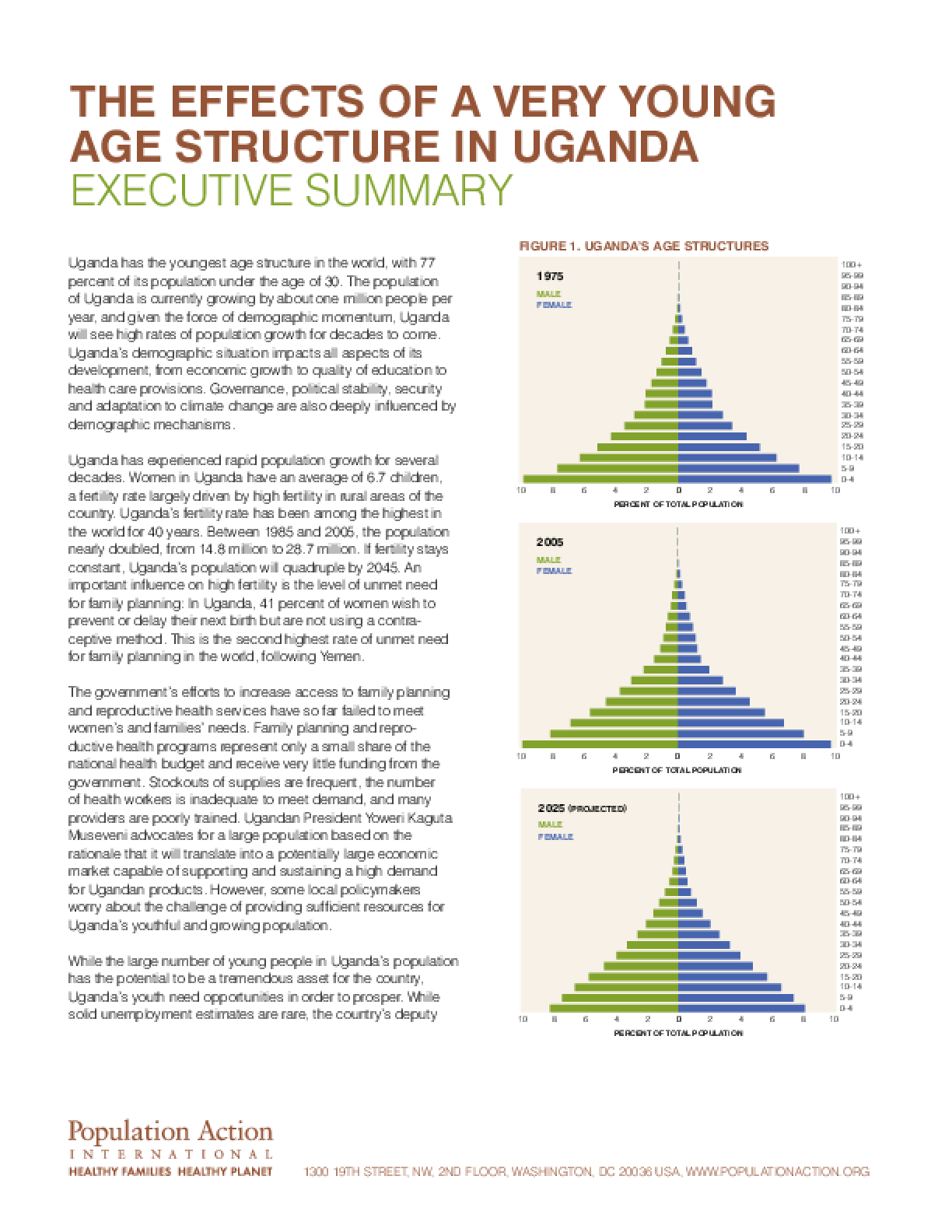