The Effects of Marriage Equality in Massachusetts: A survey of the experiences and impact of marriage on same-sex couples 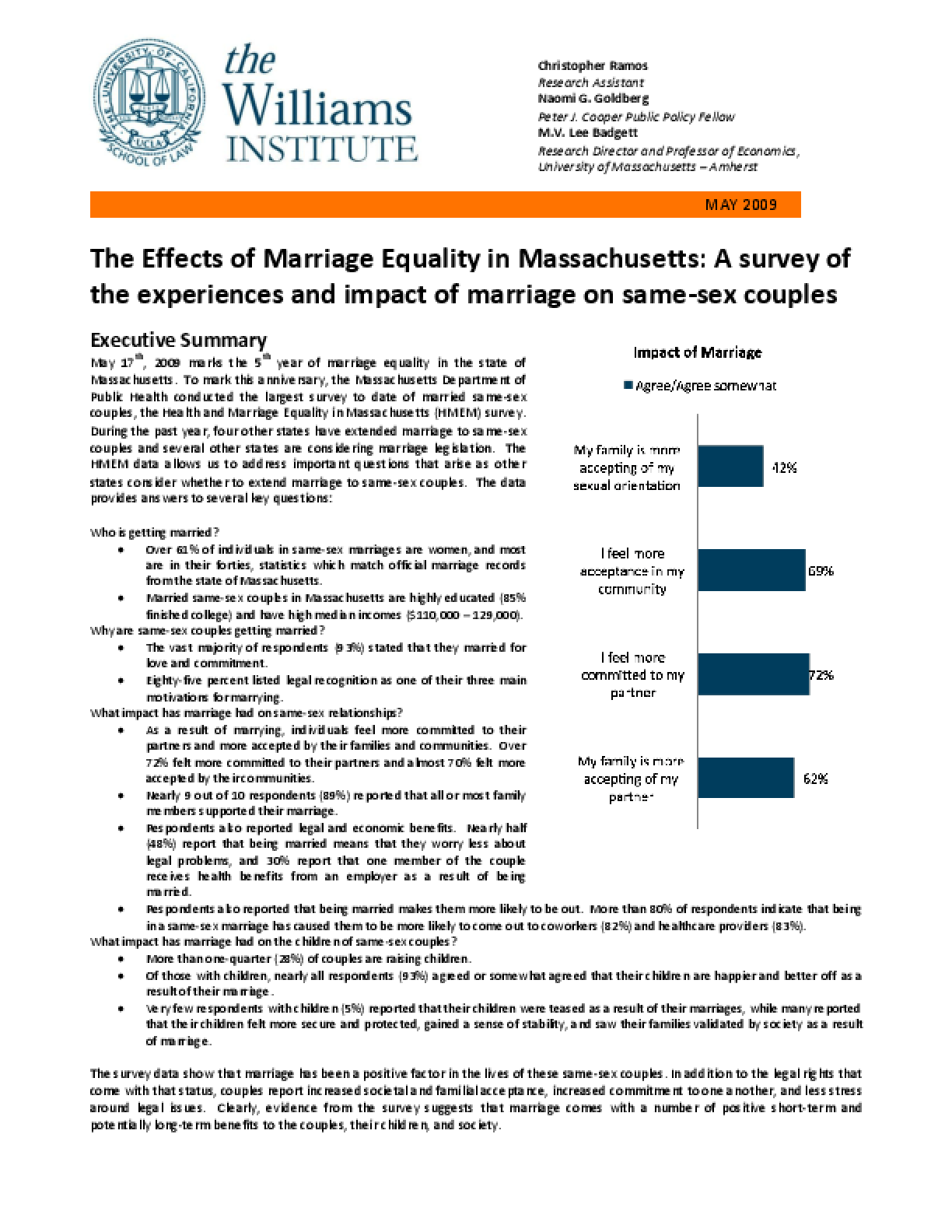