The Effects of "Pulling Levers" Focused Deterrence Strategies on Crime

A numb er of American police departments have been experimenting with new problem -oriented policing frameworks to prevent gang and group -involved violence generally known as the "pulling levers" focused deterrence strategies. Focused deterrence strategies honor core deterrence ideas, such as increasing risks faced by offenders, while finding new and creative ways of deploying traditional and non- traditional law enforcement tools to do so, such as directly communicating incentives and disincentives to targeted off enders. Pioneered in Boston to halt serious gang violence, the focused deterrence framework has been applied in many American cities through federally sponsored violence prevention programs. In its simplest form, the approach consists of selecting a particular crime problem, such as gang homicide; convening an interagency working group of law enforcement, social - service, and community -based practitioners; conducting research to identify key offenders, groups, and behavior patterns; framing a response to offenders and groups of offenders that uses a varied menu of sanctions ("pulling levers") to stop them from continuing their violent behavior; focusing social services and community resources on targeted offenders and groups to match law enforcement prevention efforts; and directly and repeatedly communicating with offenders to make them understand why they are receiving this special attention. These new strategic approaches have been applied to a range of crime problems, such as overt drug markets and individual repeat offenders, and have shown promising results in the reduction of crime. 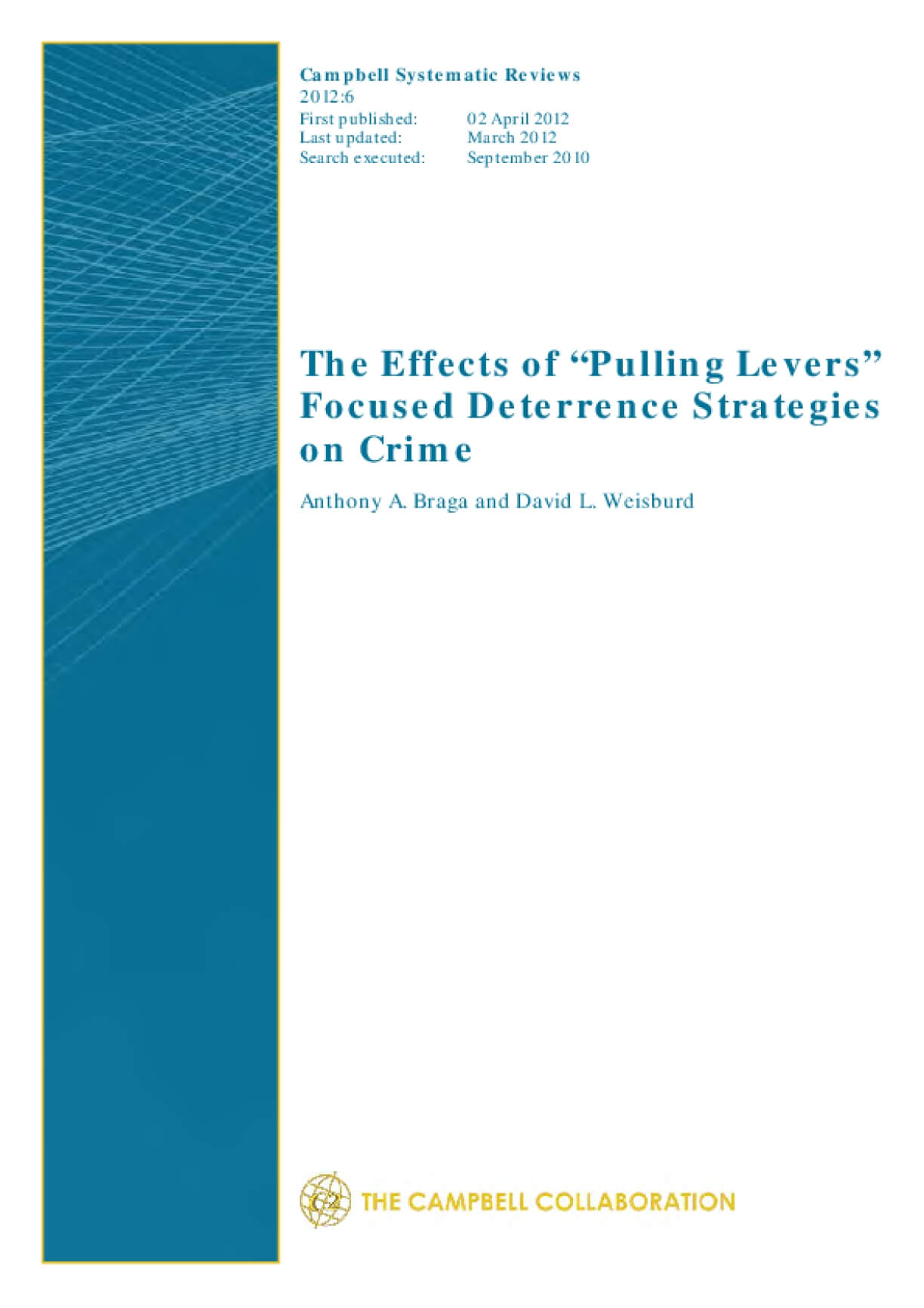