The New Economy Initiative (NEI) is a collaboration of multiple foundations with the purpose of driving economic growth in Southeast Michigan through entrepreneurship and small business development. Responding to the dire economic conditions in the Detroit area, 10 foundations in Michigan stepped forward in 2007 and pledged $100 million to help turn around the loss of jobs and the loss of entrepreneurial spirit in the area. The resources committed by the philanthropic community are unprecedented for such a focused economic development effort, but so are the challenges.

From 2000 to 2010, when employment fell to its lowest, the Detroit metro area lost nearly a quarter of the jobs it had at the beginning of the decade, and the loss of jobs in the city of Detroit was even worse. Since 2010, the employment picture has looked a little brighter, although much more needs to be done, in the words of NEI, "to return Detroit to its position as a global economic leader."

As of November 1st , NEI has supported, through its own grant-making and partnerships with other resources, more than 1,600 companies in the greater Detroit area, giving out 215 grants totaling more than $93 million.1 The impact of this investment is far-reaching for the region. NEI contracted with the Upjohn Institute for Employment Research to estimate the impact of its investment on the greater Detroit regional economy. The purpose of this analysis is to estimate the number of jobs created—both directly by the organizations supported by NEI and indirectly by the impact those jobs have in creating additional jobs across the region. 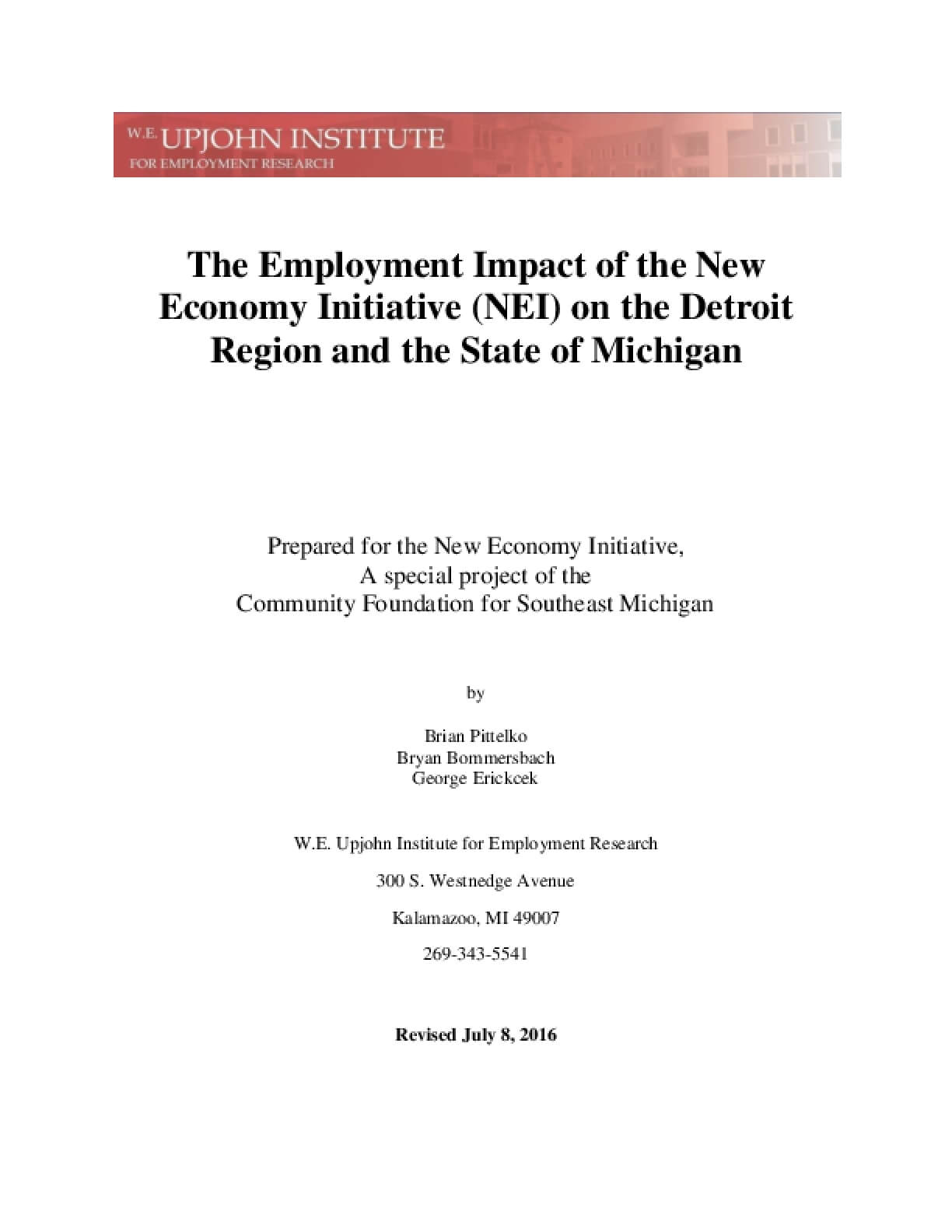