This brief review summarizes the basic epidemiology of firearm violence, a large and costly public health problem in the United States for which the mortality rate has remained unchanged for more than a decade. It presents findings for the present in light of recent trends. Risk for firearm violence varies substantially across demographic subsets of the population and between states in patterns that are quite different for suicide and homicide. Suicide is far more common than homicide and its rate is increasing; the homicide rate is decreasing. As with other important health problems, most cases of fatal firearm violence arise from large but low-risk subsets of the population; risk and burden of illness are not distributed symmetrically. Compared with other industrialized nations, the United States has uniquely high mortality rates from firearm violence. 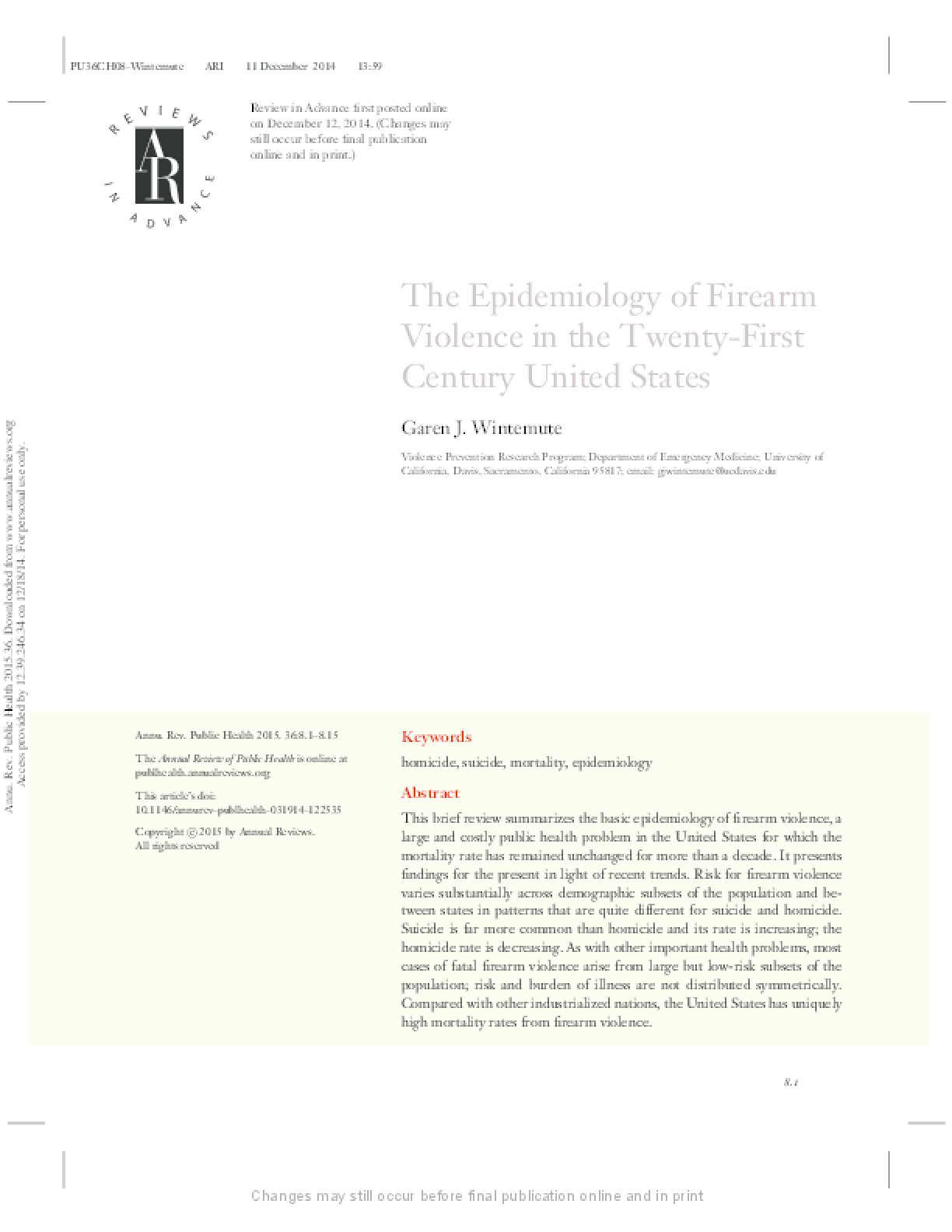