The Essence of Innocence: Consequences of Dehumanizing Black Children

This research, consisting of four studies of police officers and college students, finds that Black boys as young as 10 may not be viewed in the same light of childhood innocence as their white peers. Instead, they are more likely to be mistaken as older, be perceived as guilty, and face police violence if accused of a crime. The research provides evidence that these racial disparities are predicted by the implicit dehumanization of Blacks. 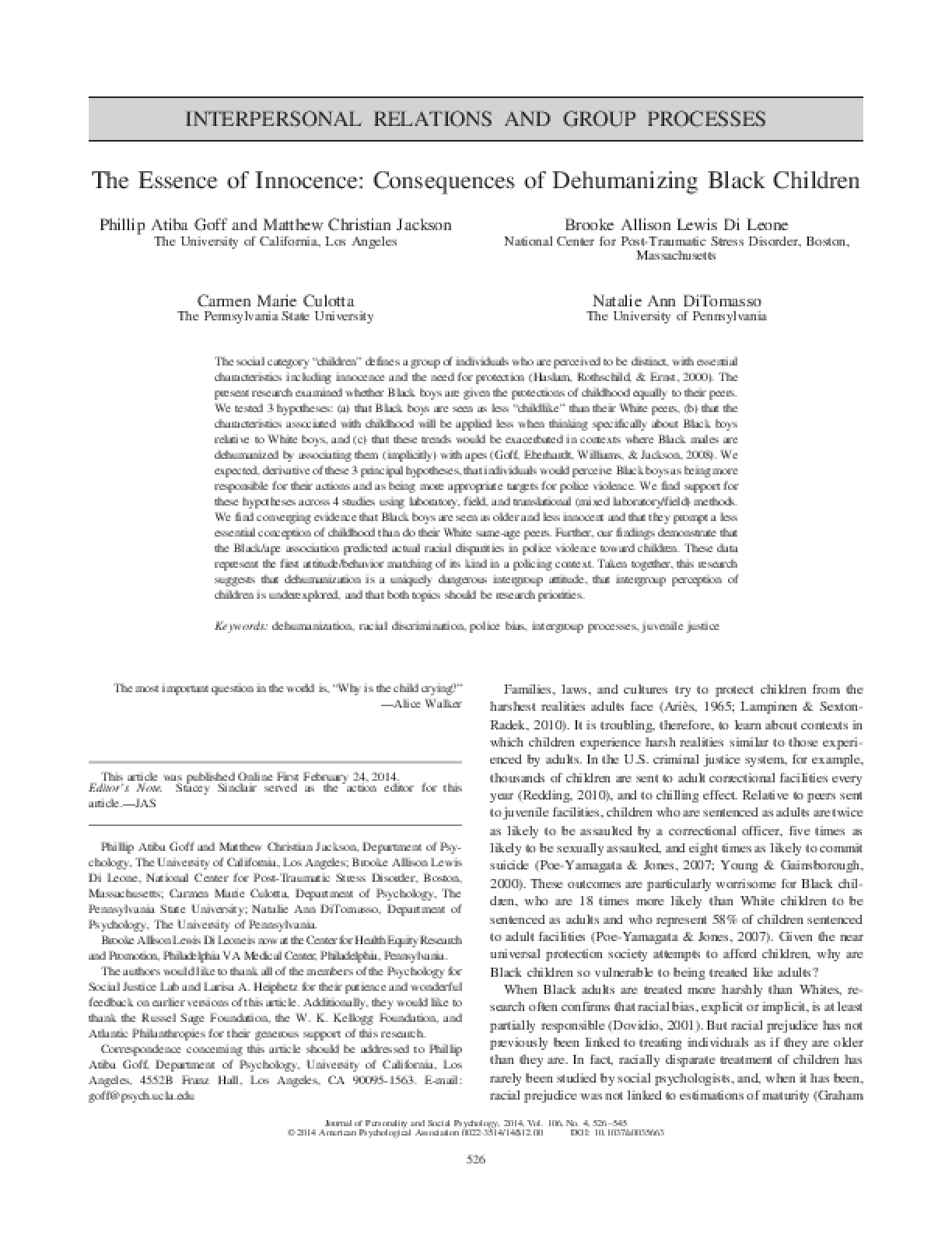