Most would agree that in recent years, the field of philanthropy has begun to take seriously the need to increase diversity within its sector -- and particularly among its leadership. Indeed, we are a long way from the days when the founding members of the Association of Black Foundation Executives (ABFE) stood up at a Council on Foundations meeting to advocate for more equitable representation among Council leadership and in grantmaking institutions more generally. In most major foundations today, it is now commonplace not just to track but to require diversity of staff and leadership both within their own organizations and externally among their grantees.Earlier this year, even the Chronicle of Philanthropy marveled at the progress that American philanthropy has made toward these goals, highlighting the diversity reflected by several major foundations' recent senior hires. "The new executives are very different from the people who held these elite jobs even a decade ago," the Chronicle reported. "They are much more likely to be black, gay, or female and to come from modest backgrounds." Yet, emerging data suggest that the experiences of many Black professionals in grantmaking institutions may challenge the current thinking on the field's increasing commitment to diversity. Currently, only 3 percent of philanthropic institutions are led by Black chief executives,3 and the percentage of Black individuals holding trustee positions at philanthropic foundations remains stagnant at 7 percent. Meanwhile, there have been slight declines in the percentage of Black professional staff (from 10 percent in 2010 to 9 percent in 2012) and Black program officers (from 17 percent in 2010 to 16 percent in 2012) working within grantmaking institutions. This decline in overall representation by Black philanthropic professionals in the sector is disturbing not just because it is happening -- but because until now, there has been little data on why it is happening. Why are Black philanthropic professionals leaving the field, and where are they going? Is this trend at its beginning or nearing its end? Most importantly, is there anything that ABFE and its allies can do proactively to address this issue? 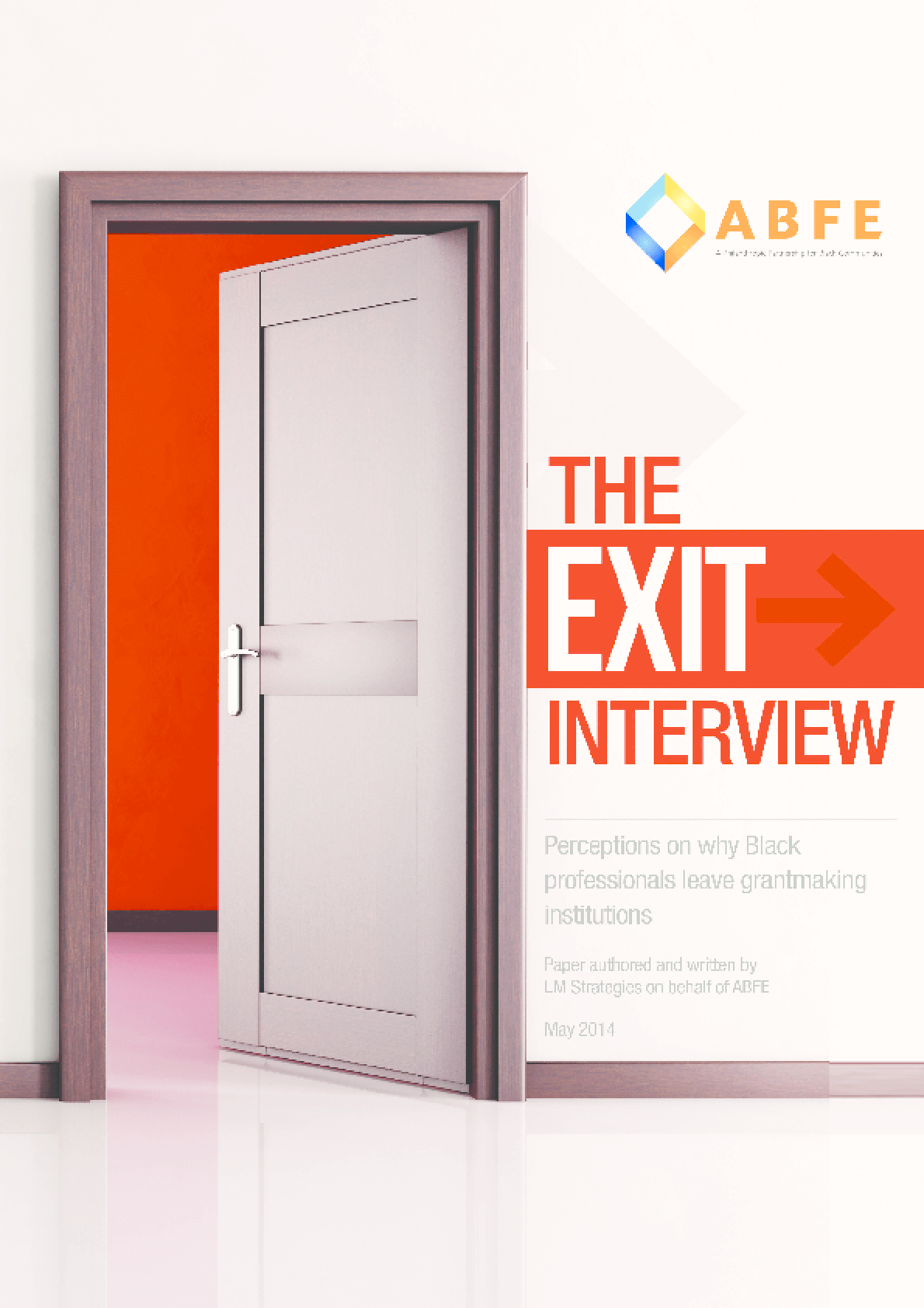