This study looks at how key demographic groups have voted over time. This compilation covers 13 presidential elections, and it will be invaluable for scholars, journalists, and others interested in how voting patterns have changed over time. To complement the data, the editors interviewed Joe Lenski (cofounder and executive vice president of Edison Research), who has been involved with the national exit poll since 1988 and who now, with a small army, conducts the exit poll for the four networks called the National Election Pool. Karlyn Bowman and Samantha Goldstein conducted the interview in June 2021. The interview has been edited for clarity. 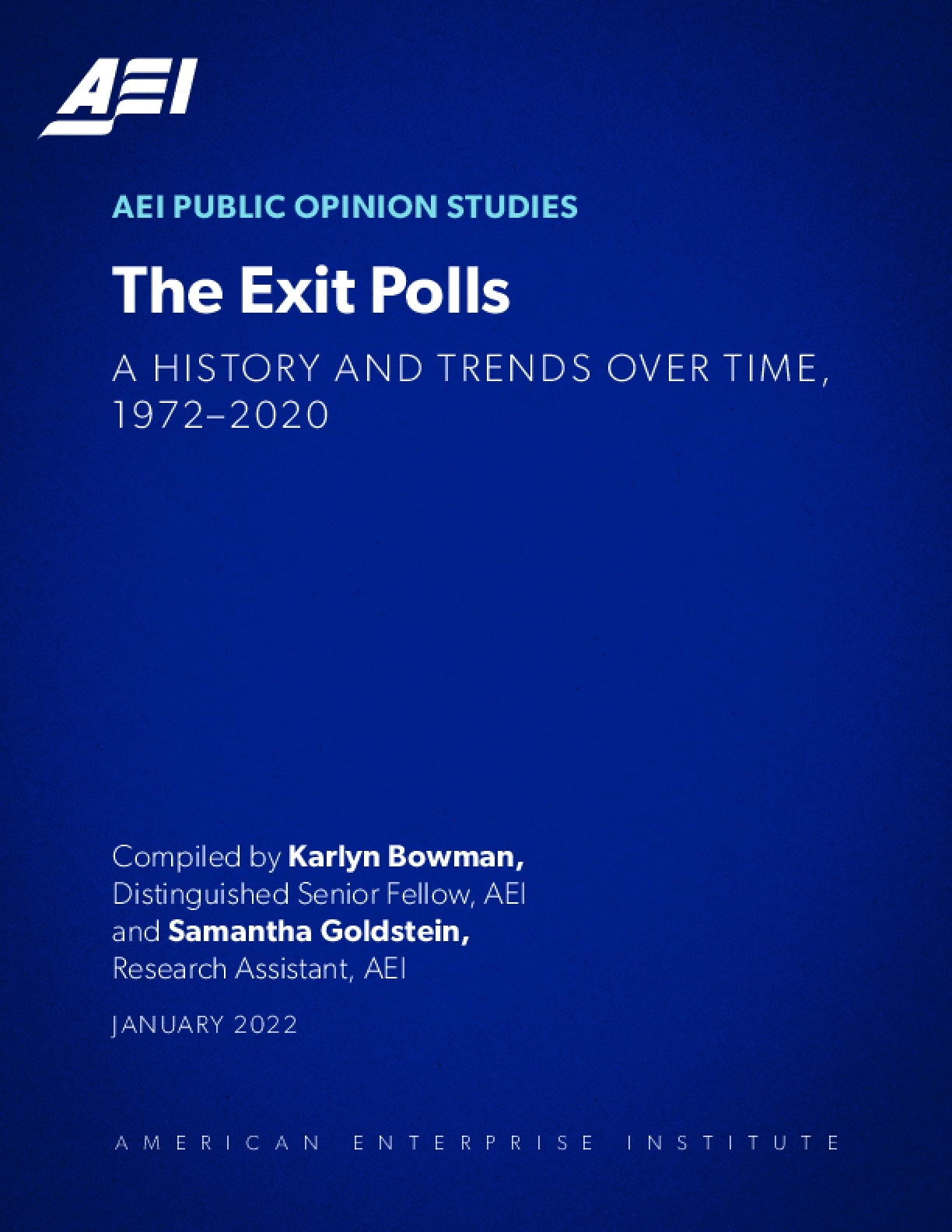