The Experiences of Gay, Lesbian, Bisexual and Transgender People around End-of-Life Care

All States and Territories in Australia have implemented legislation relating to end-of-life decision-making and substitute judgment. However, reports to relevant legal and community services indicate that many gay, lesbian, bisexual and transgender (GLBT) people in NSW -- estimated to be about four to five percent of the population -- are being denied their legal rights in the end-of-life care of their partners and other important people in their lives. 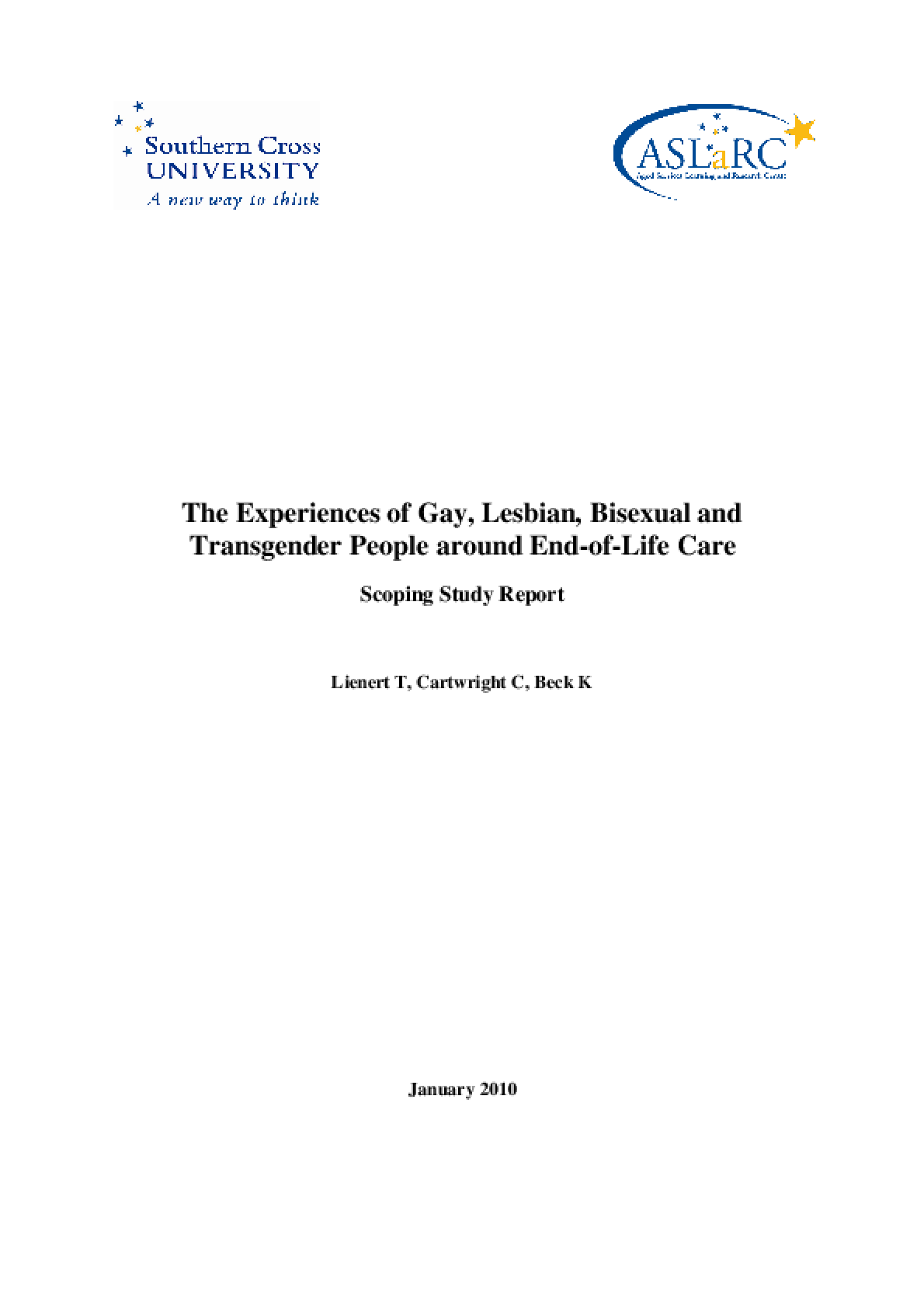