The Faces of the Future: An Assessment of California's Next Generation Arts Leadership Initiative

The Next Gen Arts Leadership Initiative was jointly established by the James Irvine Foundation and the William and Flora Hewlett Foundation to promote the leadership development of younger arts professionals (aged 20 to 35) in California's arts community. Initially planned in 2009, and launched in 2010, the initiative includes four formal emerging arts leader Networks in Los Angeles, San Diego, San Francisco, and Silicon Valley, as well as statewide regranting programs (managed by the Center for Cultural Innovation) to support professional development scholarships and innovative organizational practices. The Irvine and Hewlett Foundations engaged Harder+Company Community Research and independent consultant Diane Espaldon in 2011 to document the process of building the initiative and identify early lessons that can inform ongoing discussions about the future of the arts field. The assessment employed web-based surveys of participants in Network activities, as well as interviews with Network leaders, Innovation grantees, and outside experts in the area of nonprofit leadership development with a focus in the arts. This assessment shows that the Initiative has been successful in achieving its early implementation goals. All three components of the Initiative demonstrate early measures of success on their own. Perhaps more importantly, the elements of this multi-pronged approach work well in concert with one another -- although it is too early to expect longer-term results related to careers or the broader sector. The Networks, as well as the two grant programs, are generally built on a framework of openness, inclusivity, and flexibility. 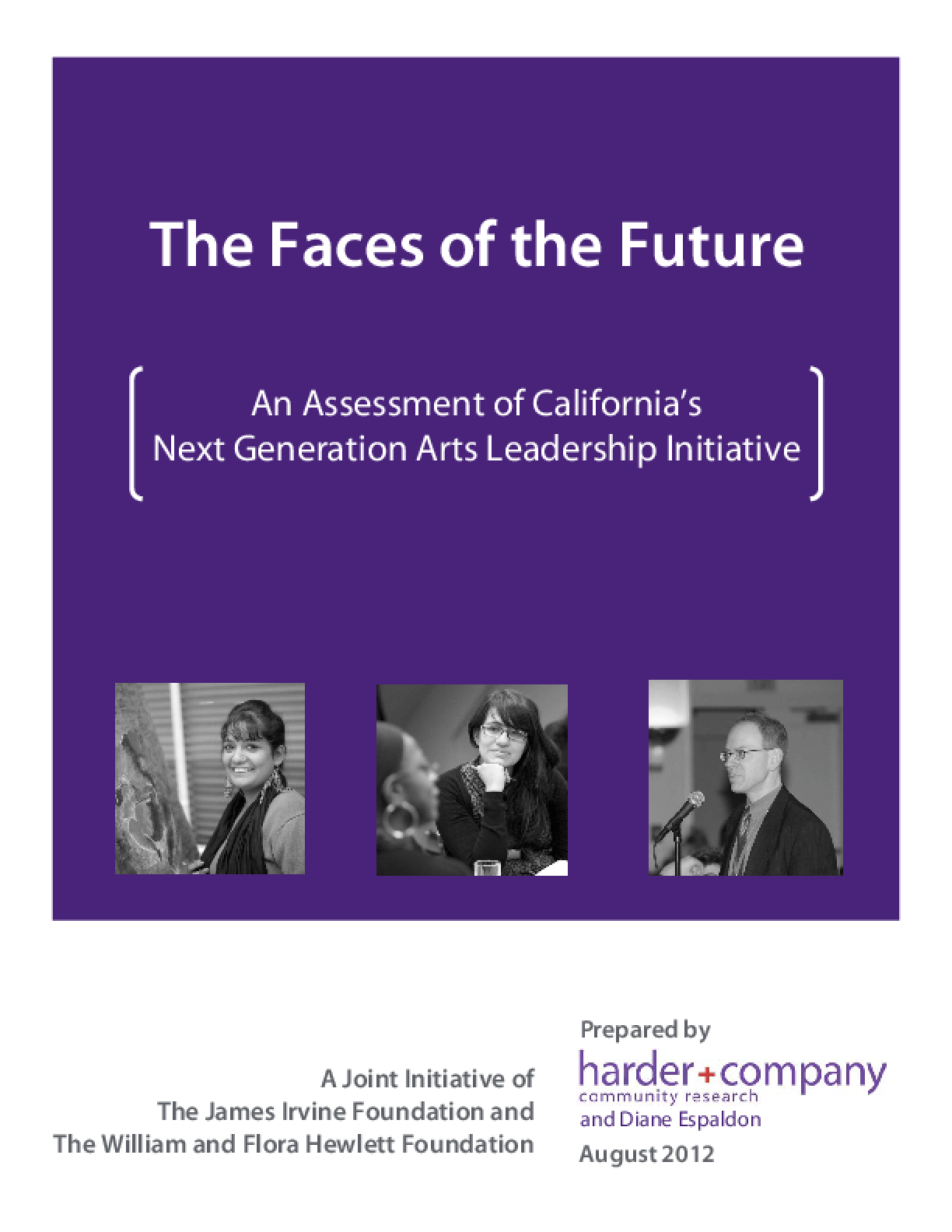