The Fact-Checking Universe in Spring 2012: An Overview

By almost any measure, the 2012 presidential race is shaping up to be the most fact-checked electoral contest in American history. Every new debate and campaign ad yields a blizzard of fact-checking from the new full-time fact-checkers, from traditional news outlets in print and broadcast, and from partisan political organizations of various stripes. And though fact-checking still peaks before elections it is now a year-round enterprise that challenges political claims beyond the campaign trail. This increasingly crowded and contentious landscape raises at least two fundamental questions. First, who counts as a legitimate fact-checker? The various kinds of fact-checking at work both inside and outside of journalism must be considered in light of their methods, their audiences, and their goals. And second, how effective are fact-checkers -- or how effective could they be -- in countering widespread misinformation in American political life? The success of the fact-checkers must be assessed in three related areas: changing people's minds, changing journalism, and changing the political conversation. Can fact-checking really stop a lie in its tracks? Can public figures be shamed into being more honest? Or has the damage been done by the time the fact-checkers intervene? This report reviews the shape of the fact-checking landscape today. It pays special attention to the divide between partisan and nonpartisan fact-checkers, and between fact-checking and conventional reporting. It then examines what we know and what we don't about the effectiveness of fact-checking, using the media footprint of various kinds of fact-checkers as an initial indicator of the influence these groups wield. Media analysis shows how political orientation limits fact-checkers' impact in public discourse. 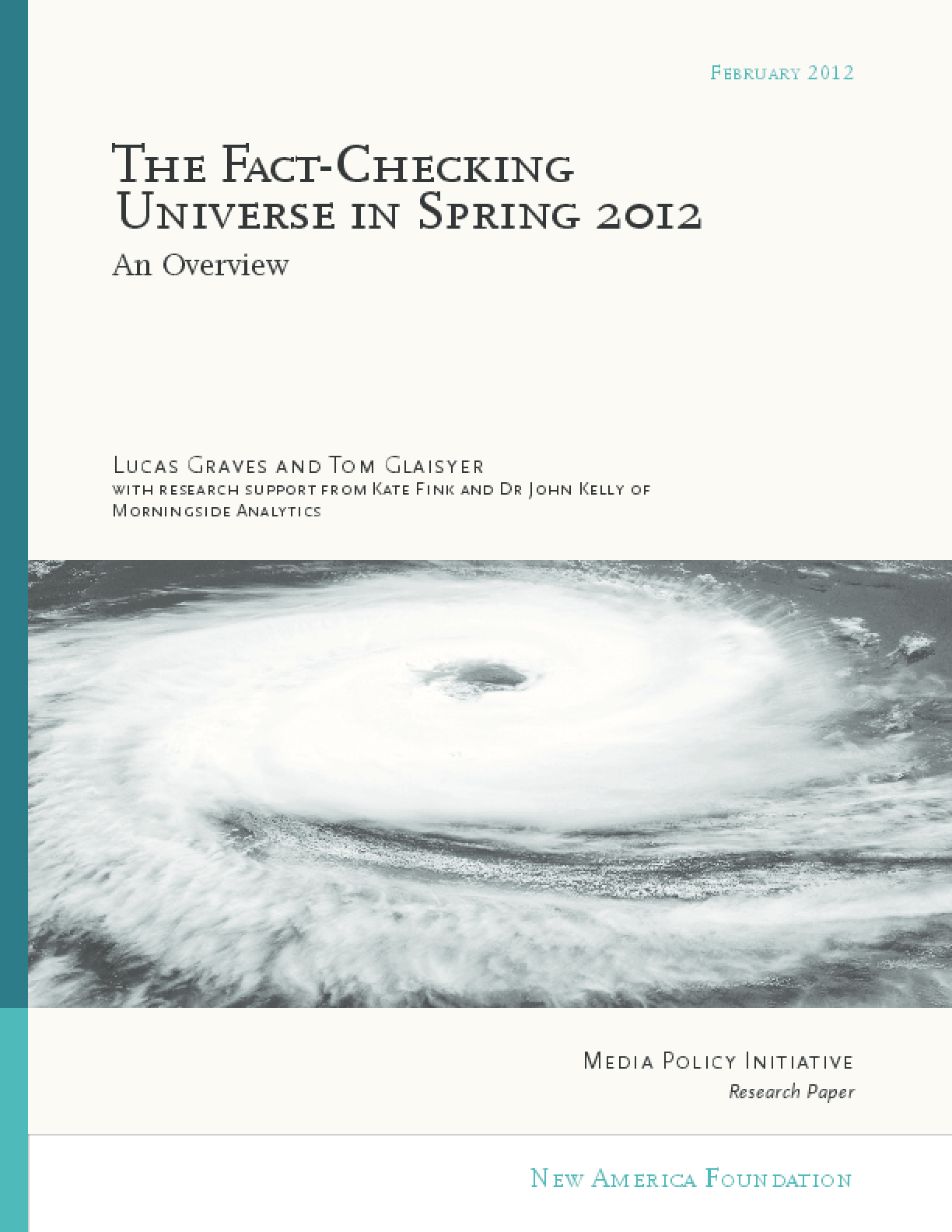