The Facts Behind the Faces: A Fact Sheet from the Chicago Coalition for the Homeless (2011)

More than 656,000 people experienced homelessness on a typical night in the United States in 2011. Nearly two-thirds of people suffering from homelessness are individuals and the other third are people in families (parents and their children). There was a 3 percent rise in homelessness na-tionwide between 2008 and 2009, with the number of people suffering from homelessness increasing in 31 states. Meanwhile, "doubled-up" households that move in with friends or relatives in order to reduce their housing cost burden, rose 12 percent over the course of 2009. Chicago Coalition for the Homeless estimates that 93,779 unduplicated individuals exper-ence homelessness over the course of a year. One of the primary data sources is the number of homeless children identified by the public schools. We believe this to be one of the most reliable data sources on numbers of homeless people. The past two years, the number of homeless children in Chicago Public Schools increased 24% , to 15,580 in 2010-11. The city of Chicago does a point-in-time count every other year to deter-mine the number of homeless people in shelters or on the street one night. The 2011 count was done on January 25, 2011 and found 6,546 individuals who were homeless that night. Includes national, state, and local data; information about youth homelessness, violence and homelessness, and incarceration homelessness; charts, graphs, and statistics. 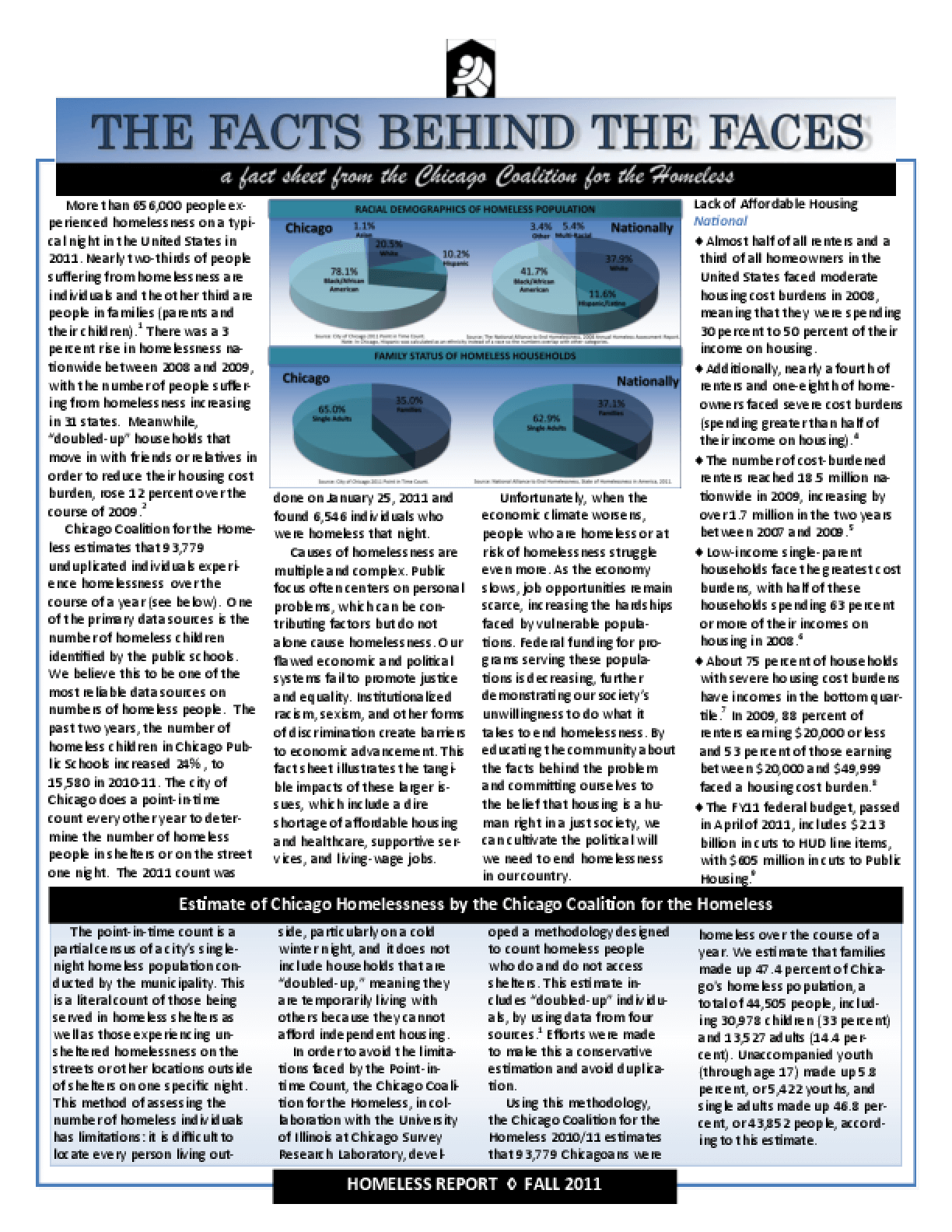