Widely televised firearm murders in many countries during the 20th Century have spurred politicians to introduce restrictive gun laws. The politicians then promise that the new restrictions will reduce criminal violence and "create a safer society." It is time to pause and ask if gun laws actually do reduce criminal violence. Gun laws must be demonstrated to cut violent crime or gun control is no more than a hollow promise. What makes gun control so compelling for many is the belief that violent crime is driven by the availability of guns and, more importantly, that criminal violence in general may be reduced by limiting access to firearms. In this study, I examine crime trends in Commonwealth countries that have recently introduced firearm regulations: i.e., Great Britain, Australia, and Canada. The widely ignored key to evaluating firearm regulations is to examine trends in total violent crime, not just firearms crime. Since firearms are only a small fraction of criminal violence, the public would not be safer if the new law could reduce firearm violence but had no effect on total criminal violence. The upshot is that violent crime rates, and homicide rates in particular, have been falling in the United States, but increasing in Canada, Australia, and the United Kingdom. The drop in the American crime rate is even more impressive when compared with the rest of the world. In 18 of the 25 countries surveyed by the British Home Office, violent crime increased during the 1990s. This contrast should provoke thinking people to wonder what happened in those countries where they introduced increasingly restrictive firearm laws. 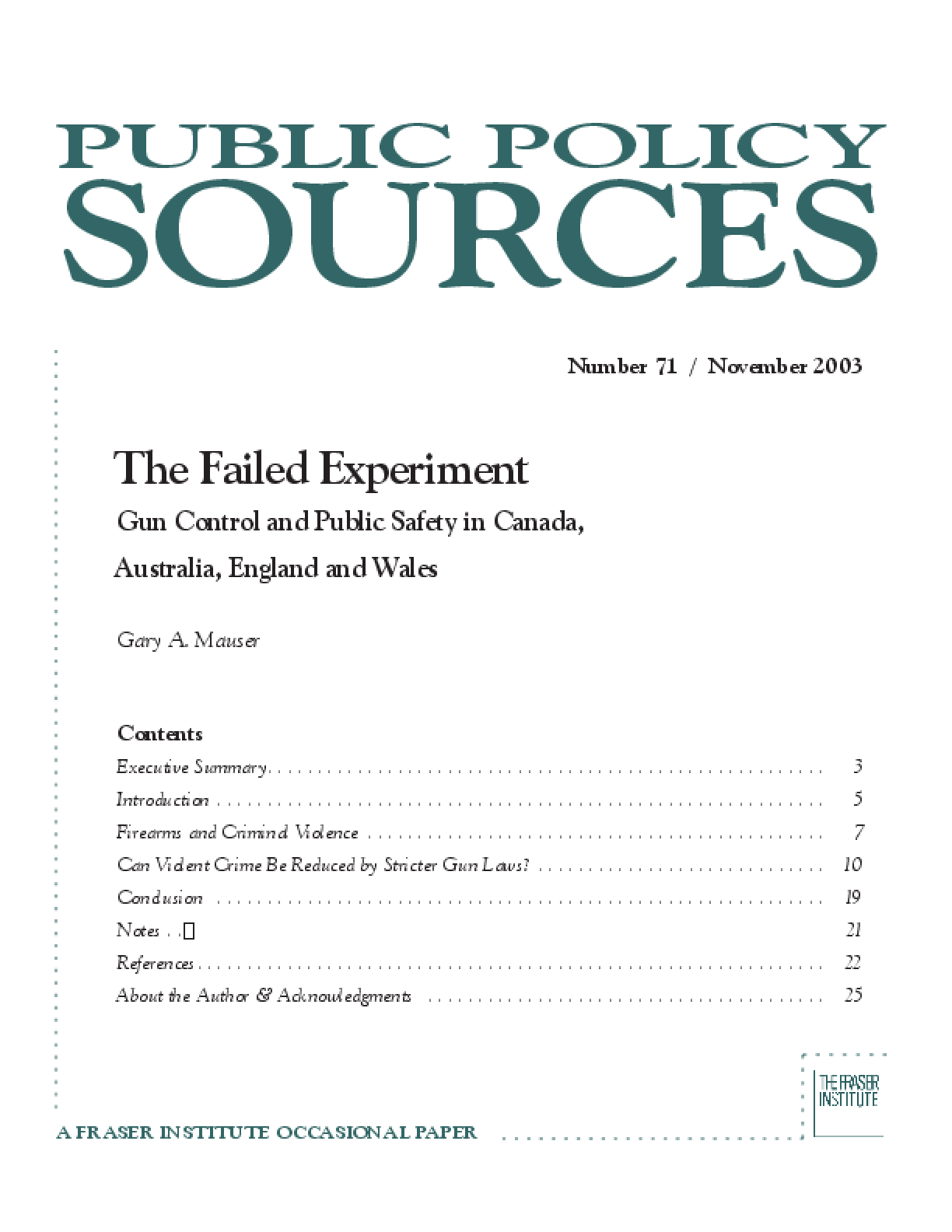