The Fallacy of the Lump of Labor: Adding to the Costs of Ageism

by Kenneth A. Knapp

The theory of the lump of labor has helped to perpetuate negative perceptions of older people. The theory rests on the notion that the economy has a fixed number of jobs available and that employment of one group -- in this case older people -- means unemployment of another group. However, among economists, the theory is widely acknowledged to be a fallacy, as it fixates blindly on the short run, and ignores long-run labor market adjustments. This report illustrates just how the lump of labor theory contributes to the total cost of age discrimination in America -- both monetary and nonmonetary. 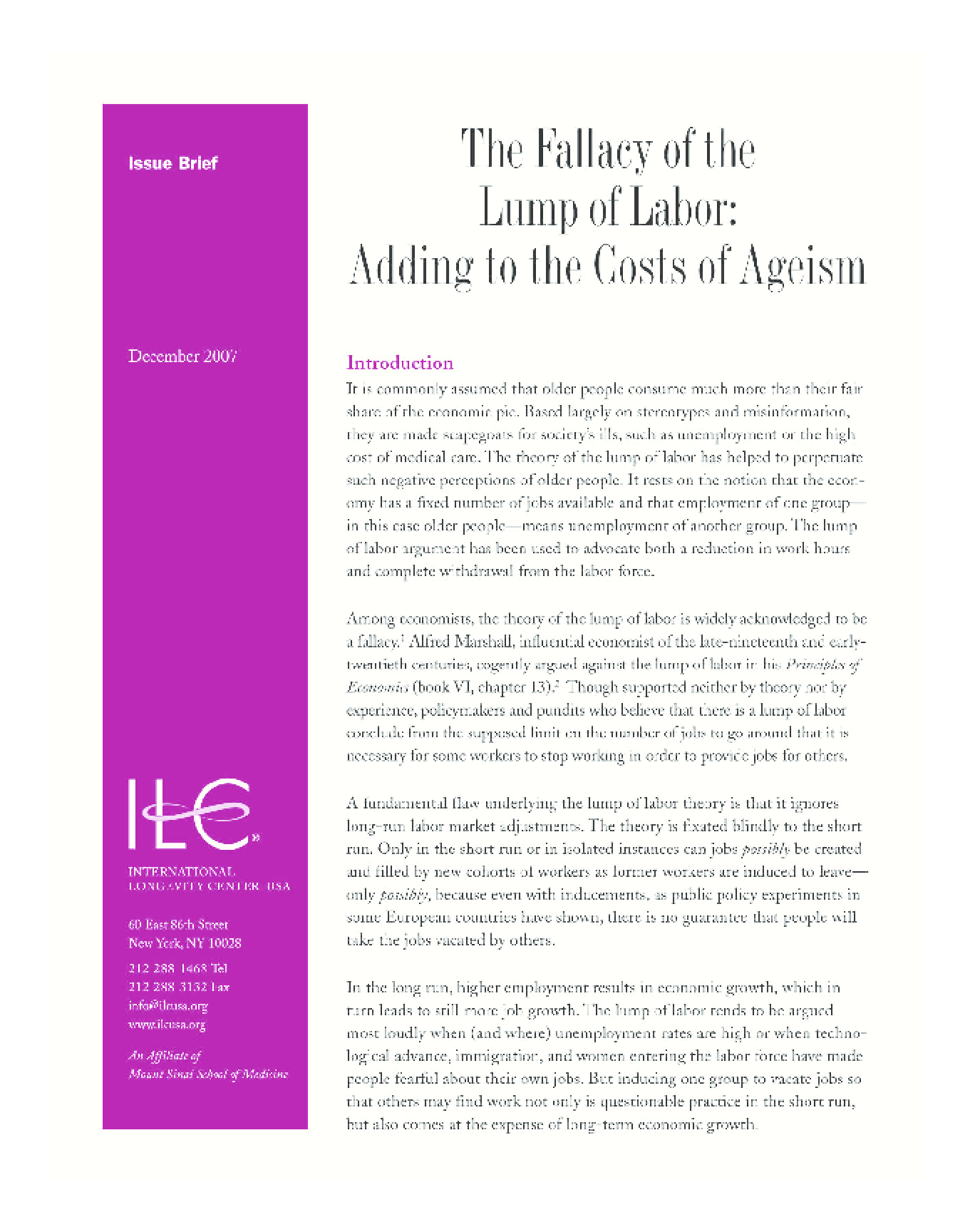