Driving through California towns and cities, the economic division between lower-income and wealthier neighborhoods is reflected in the starkly separate locations of check cashers and payday lenders in lower-income neighborhoods on the one hand and mainstream banks and savings and loans in wealthier neighborhoods on the other. This two-tier consumer finance system has a dramatic negative impact on California's diverse communities. In contrast to outward appearances, the two seemingly-separate financial sectors are, in fact, two faces of a seamless financial web. 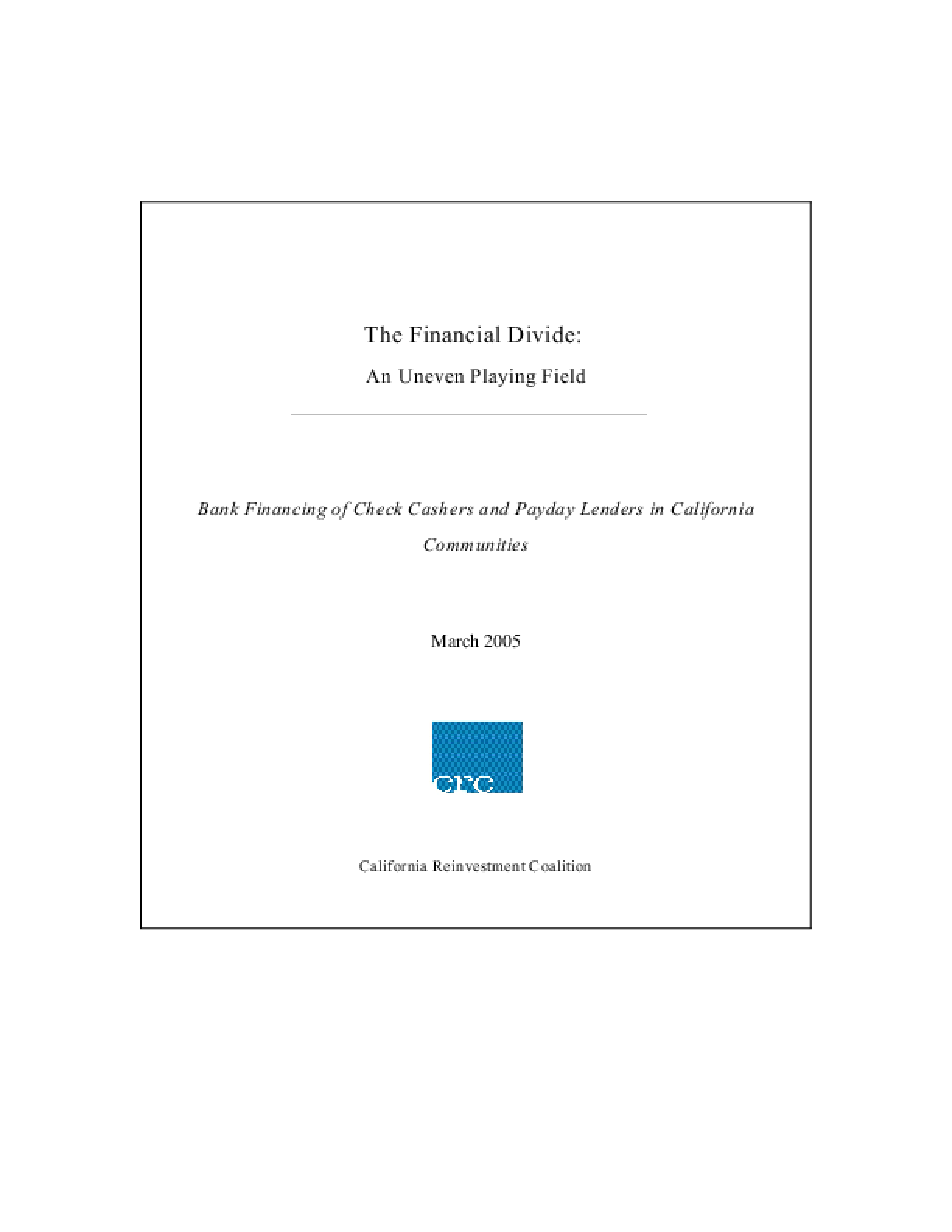