The Free Movement of People in the European Union: Principle, Stakes and Challenges

The free movement of people is a fundamental acquis of European integration; Introduced as part of the Internal Market it was extended with the Schengen Agreements. It is also inexorably linked to European citizenship. However, real difficulties have affected the free movement of Europe's citizens. Closely associated with the building of the Internal Market it seems to have suffered the loss of impetus by the latter and also the serious consequences of the crisis. It is also struggling due to rising concern about external migratory pressure and the enlargement. In particular this is fuelling fear of social dumping. Difficulties have to be identified in order to provide pragmatic answers without bringing into question one of the founding principles of the European Union. Furthermore free movement highlights the major challenge of economic and social convergence to which the European Union has to rise. 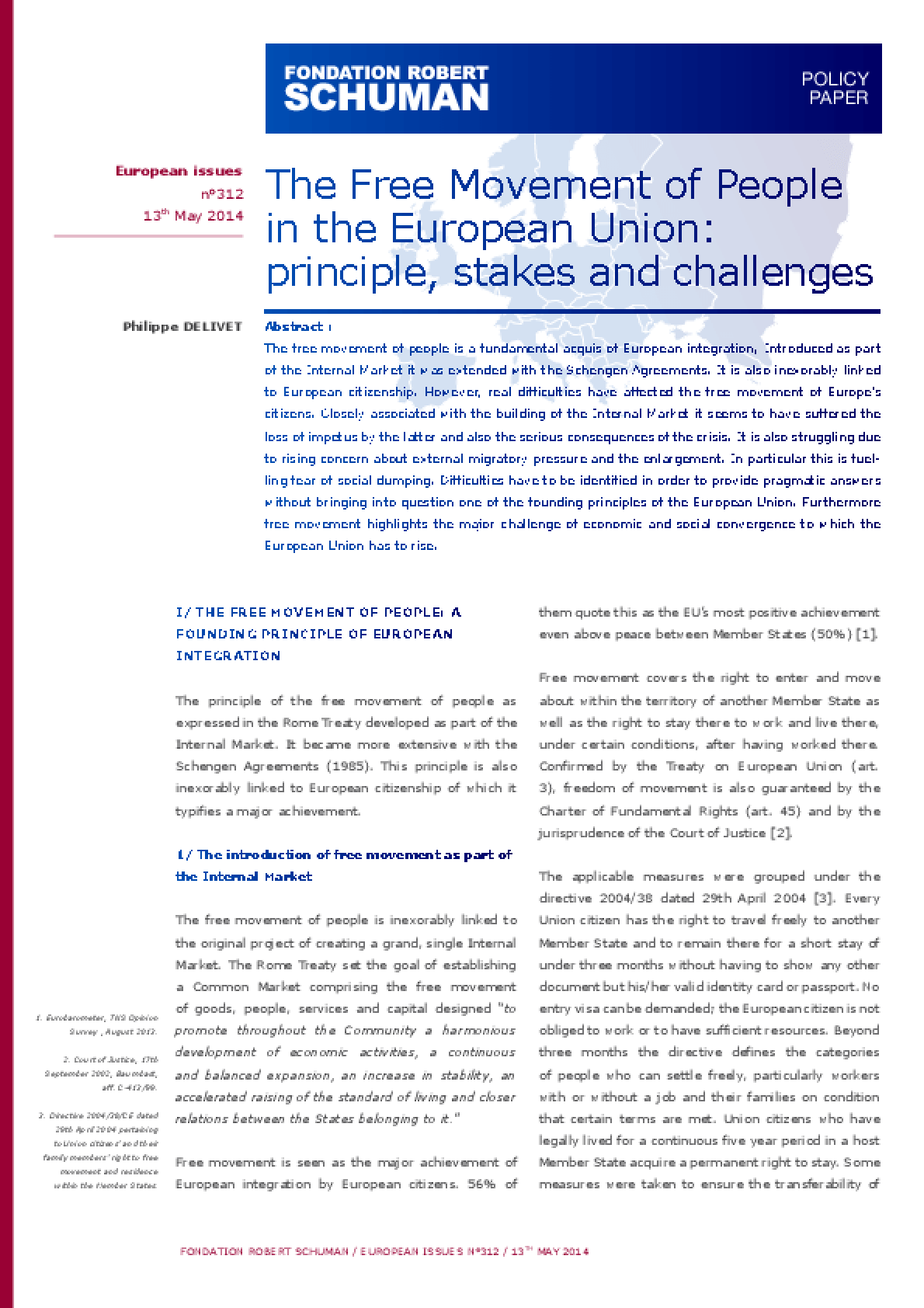