The French Economy, European Authorities, and the IMF: "Structural Reform" or Increasing Employment?

This paper looks at two competing views among economists and other observers, of how the French economy can overcome mass unemployment and have a more robust recovery. One view sees the unemployment and economic stagnation of the past decade as overwhelmingly structural. An alternative narrative, mostly from the Left but with some elements adopted by the far Right, sees the most immediate problem as one of inadequate demand in the economy.The authors find that France's unemployment rate, which has averaged 9.1 percent over the last decade, is not the product of "structural" barriers, but rather due to political choices made by the French government and European authorities. With inflation well below target, real borrowing costs at about zero, and a low current interest burden on the debt, it would make much more economic sense for the government -- and the eurozone as well -- to pursue an expansionary fiscal policy that increases employment. 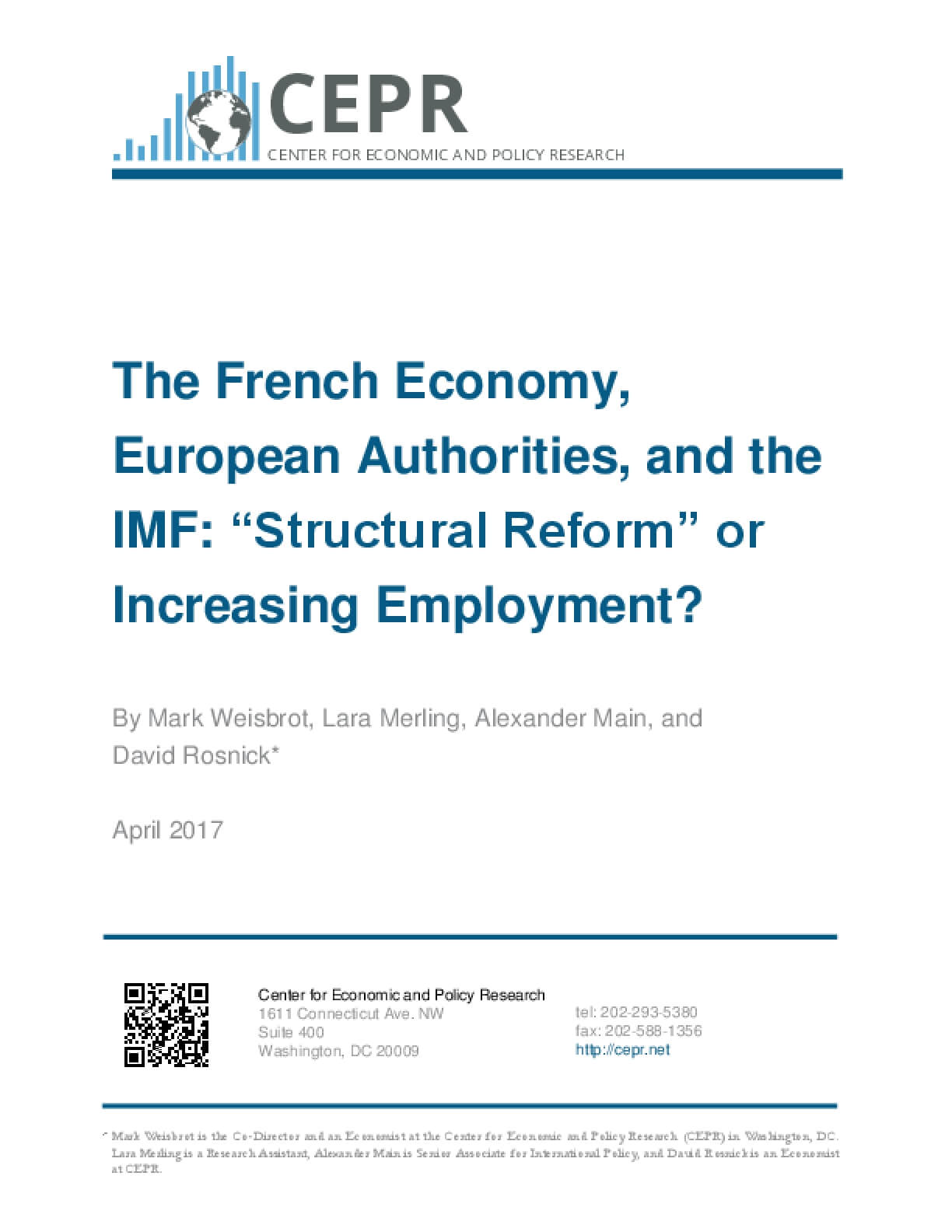