The Full Employment Mandate of the Federal Reserve: Its Origins and Importance

As we approach the 40th anniversary of the landmark Humphrey-Hawkins Act, this report underscores how the Federal Reserve's full employment mandate has made the Fed more accountable to working people. The report first traces the historical origins of the full employment mandate and highlights the pivotal but little-known role racial justice activists played in its creation. From the 1930s and through the rise of the civil rights movement, racial justice activists including Coretta Scott King, called for a coordinated federal effort to attain full employment. They envisioned an economy where every person who seeks employment can secure a job. King joined Congressional leaders Augustus Hawkins and Hubert Humphrey in eventually passing the landmark 1978 Full Employment and Balanced Growth Act (Humphrey-Hawkins) which legally required the Fed to pursue maximum employment.

The report then turns to Federal Reserve monetary policy in the 1990's which offers an instructive model of what a full employment economy can look like. This real-world case study from our recent history shows that when labor markets tighten, workers begin to see broad-based wage gains, and persistent economic inequalities are reduced. Finally, the report underscores the continued importance of the full employment mandate today while providing an overview of proposed policies to eliminate or significantly curtail its effectiveness. In light of these findings, this report calls on Federal Reserve policymakers to use all tools at their disposal to fully realize the Fed's full employment mandate. Members of Congress must publicly affirm the importance of full employment while committing to reject any efforts to weaken or eliminate the full employment mandate. In particular, the Senate must reject nominees to the Board of Governors who have called for the narrowing of the Fed's mandate or who support policies that would undermine the Fed's ability to pursue full employment. 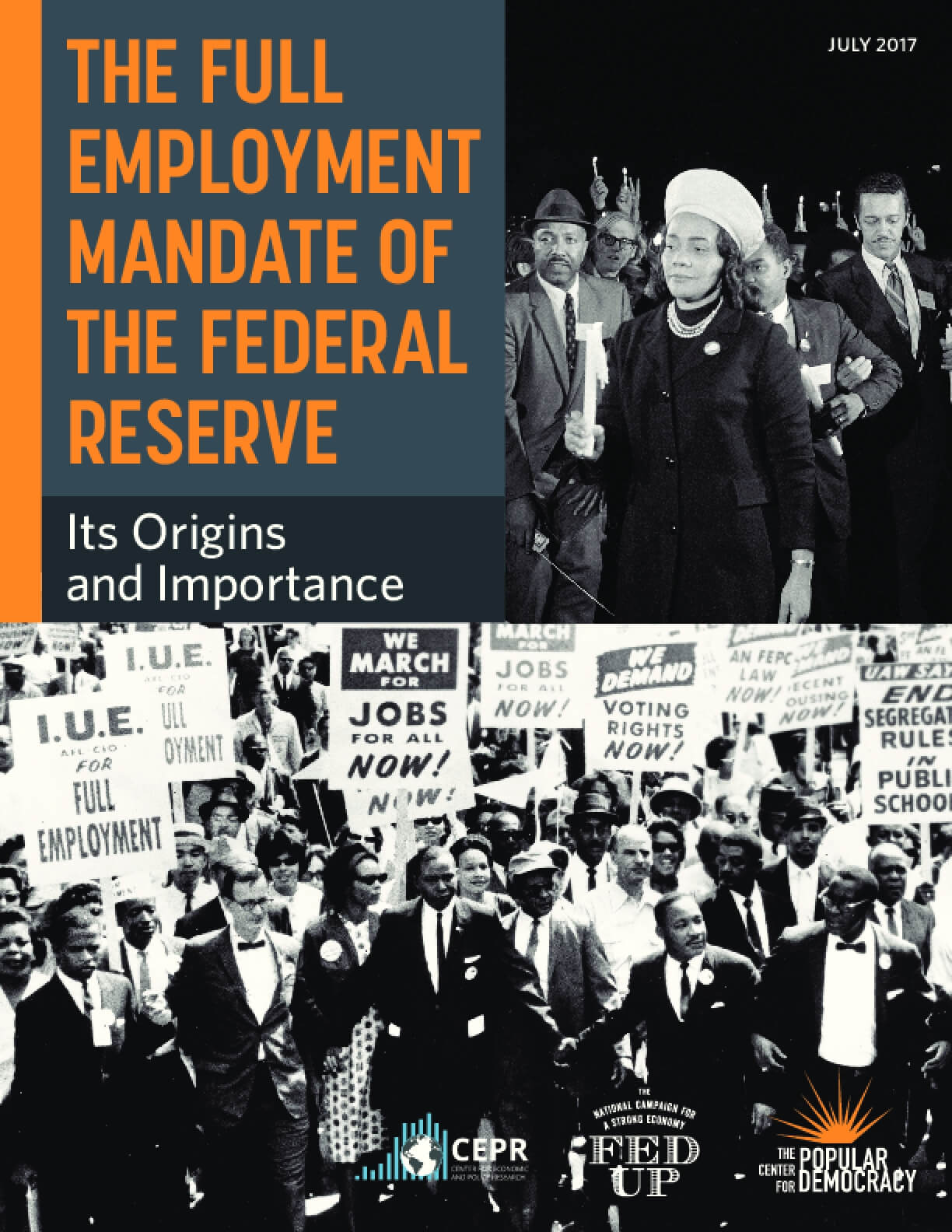