The Funder and the Intermediary, in Support of the Artist: A Look at Rationales, Roles, and Relationships

This article, examining the ecology of funders' use of intermediaries and regranting organizations, came about as a direct offshoot of GIA's Research Initiative on Support for Individual Artists, begun in 2011. As the research team worked to map the pathways that support followed from funder to artist, a complex map of options and routes began to emerge, and intermediaries and regranters were often part of that picture. It became increasingly clear that this was an essential and important part of the overall system. It also emerged that this was an area of philanthropic practice that had been little examined, and about which little had been published. Interviews with funders during the research work also revealed that while a number of foundations were using intermediaries, their practices had independently evolved, and a wide range of methods and procedures were in use. What follows is the first tangible product of GIA's Research Initiative on Support for Individual Artists. In her analysis, Claudia Bach provides both an overview of the range of philanthropic practices involving intermediaries and regranters, as well as an exploration of a number of related topics and questions that emerged during the course of this work. 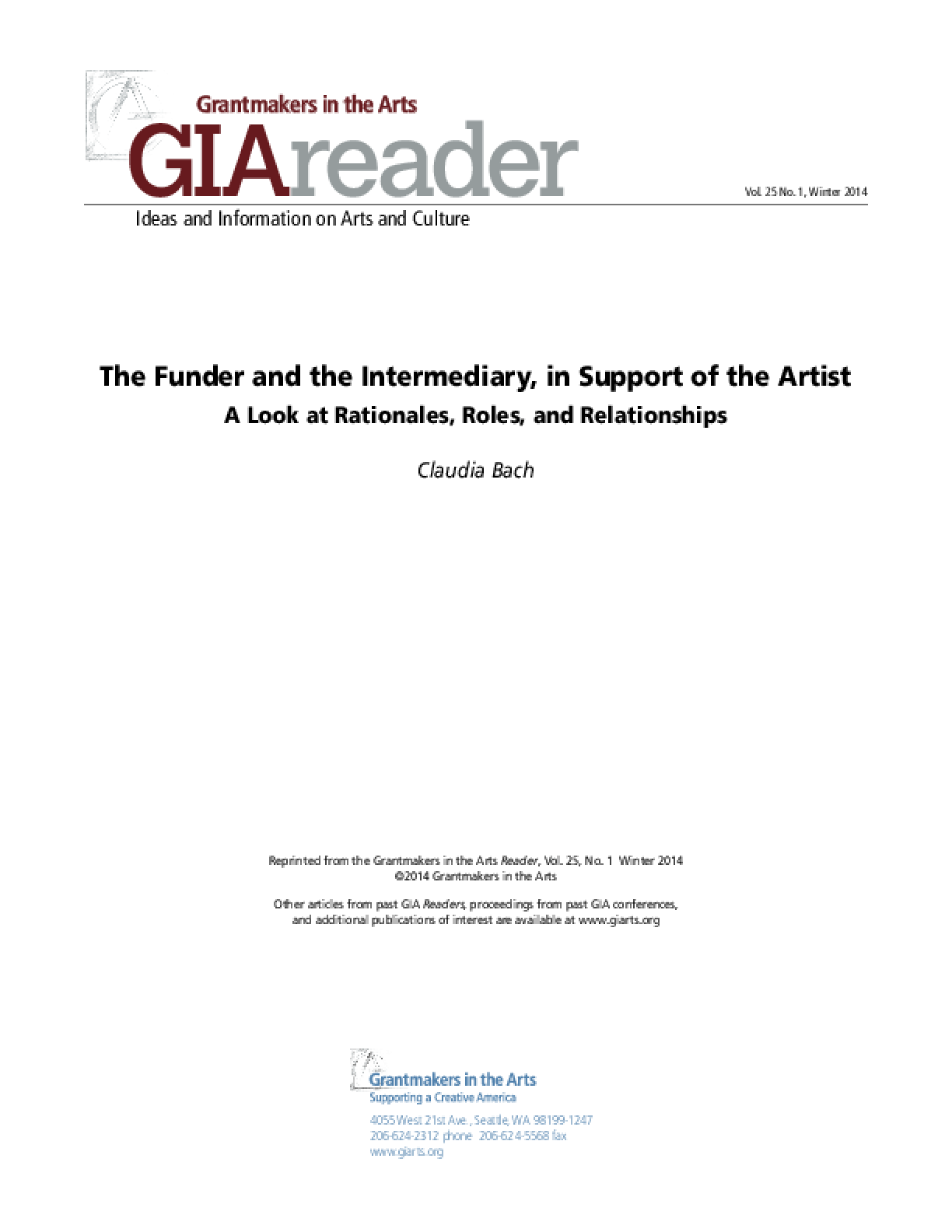