Though Congress and Presidents Bush and Obama put forth several different mortgage modification programs, the rate of foreclosures has continued to rise over the past several years. According to CoreLogic, about one-in-four (23%) mortgages were underwater in the second quarter of 2010, and another one-in-four (28%) were nearly underwater. It is clear that the vast majority of people facing foreclosure are not benefiting from these programs. The flagship program, HAMP, has managed less than half a million permanent mortgage modifications as of July. The limited impact of mortgage modification plans has increased interest in alternative policies to help homeowners facing foreclosure. One sensible alternative is the "Right to Rent" legislation introduced in the House of Representatives by Representatives Grijalva and Kaptur (H.R. 5028) that would give homeowners facing foreclosure the option to remain in their homes as tenants up to five years. During this period, they would be paying the fair market rent as set by an independent appraiser. This would give homeowners an important degree of security, since they could not simply be thrown out on the streets. If they like their house, their neighborhood, and the schools for their kids, they need not have their lives severely disrupted by foreclosure. This policy should also benefit neighborhoods in the most hard-hit areas, since they would not have large numbers of vacant homes following foreclosures. 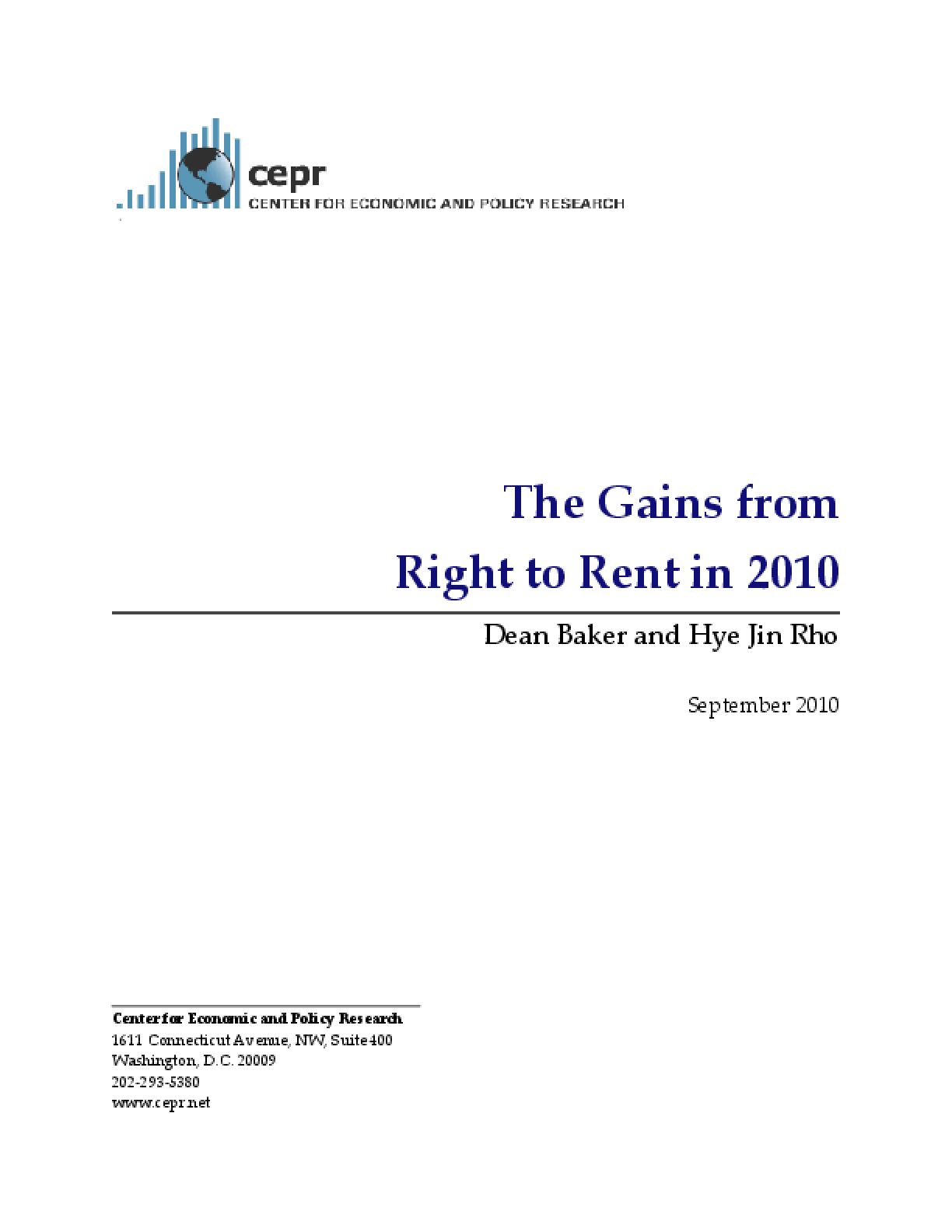