The Giving Report 2010 focused on the giving behaviour of High Net Worth individuals with regard to the following: the amount of money donated, time and/or goods donated; volunteering patterns such as the influence of gender and income; the amount of years individuals have been involved in giving; their motivation for giving; and the frequency and scope of giving, such as, how many times per year donors give and the most prevalent sectors and/or projects to which they give. 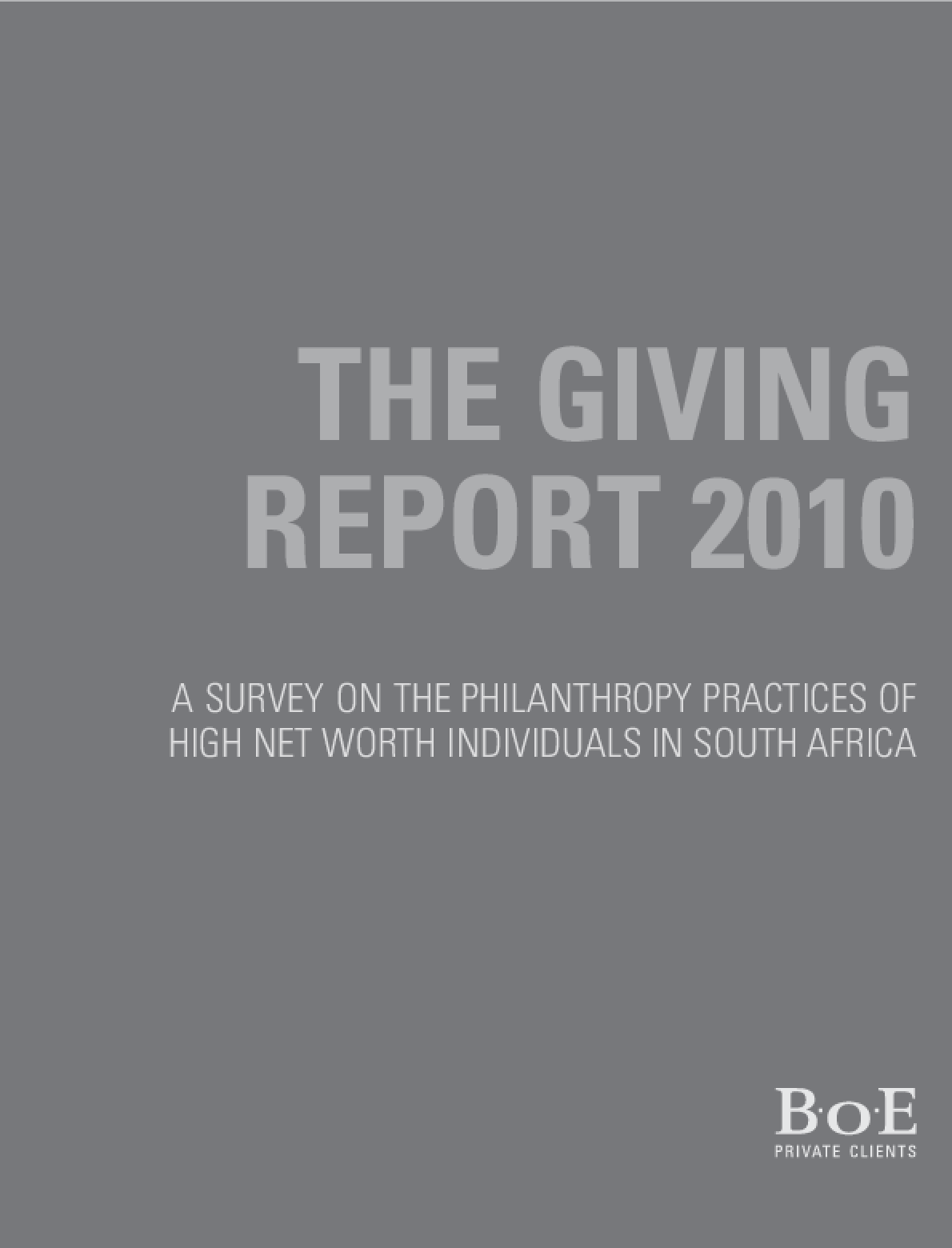