The Global Commission on Drug Policy: The War on Drugs and the Hidden Hepatitis C Epidemic

A hepatitis C epidemic fuelled by the "war on drugs" is sweeping amongst injecting drug users globally, says a new landmark report released today by the Global Commission on Drug Policy. Of the 16 million people who inject drugs around the world, an estimated 10 million are living with hepatitis C. The report, entitled "The Negative Impact of the War on Drugs on Public Health: The Hidden Hepatitis C Epidemic," condemns the drug war as a failure and recommends immediate, major reforms of the global drug prohibition regime to halt the spread of hepatitis C infection and other drug war harms.

"Hepatitis C has to be one of the most grossly miscalculated diseases by governments on the planet," said Commissioner Michel Kazatchkine, who is also the UN Secretary General's Special Envoy on HIV/AIDS in Eastern Europe and Central Asia. "It is a disgrace that barely a handful of countries can actually show significant declines in new infections of hepatitis C among people who inject drugs."

The hepatitis C virus is highly infectious and easily transmitted through blood-to-blood contact. It therefore disproportionately impacts upon people who inject drugs, and is more than three times more prevalent than HIV among this population. In some of the countries with the harshest drug policies, over 90 percent of people who inject drugs are living with hepatitis C, with highest numbers reported in China (1.6 million people), the Russian Federation (1.3 million people), and the USA (1.5 million people).

"The war on drugs is a war on common sense," said Commissioner Ruth Dreifuss, who is also the former President of Switzerland. "Repressive drug policies are ineffective, violate basic human rights, generate violence and expose individuals and communities to unnecessary risks. The Hepatitis C epidemic, totally preventable and curable, is yet another proof that the drug policy status quo has failed us all miserably."

This is the third report published by the Global Commission, the most distinguished group of high-level leaders to ever call for drug policy reform, including alternatives to incarceration, greater emphasis on public health approaches to drug use, decriminalization and experiments in legal regulation of drugs. Released in June 2011, its first report, War on Drugs, generated unprecedented media coverage and catalyzed international debate about the urgent need for a paradigm shift on the global drug prohibition regime. The second report, The War on Drugs and HIV/AIDS, was published in June 2012 in advance of the International AIDS Conference in Washington D.C. and was successful on exposing the links between the HIV pandemic and the criminalization of drug use. 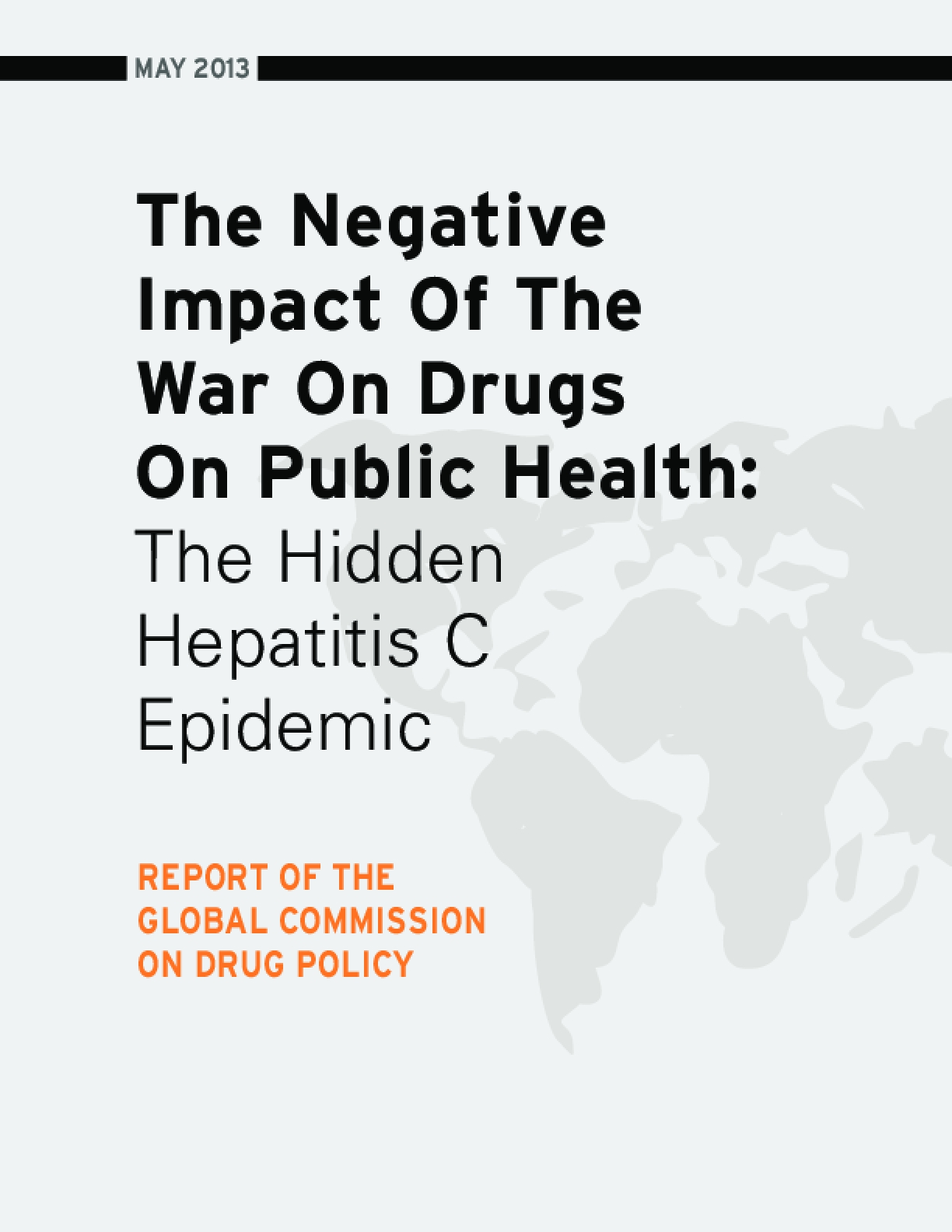