The Global Slavery Index ('the Index') provides an estimate of the number of people in modern slavery, the factors that make individuals vulnerable to this crime, and an assessment of government action across 167 countries.

The Global Slavery Index is based on state of the art research methodology that has been developed with the assistance of an independent Expert Working Group, comprised of world leading experts. The methodology has also been subjected to independent external review. This estimate is based on data from nationally representative, random sample surveys conducted in 25 countries. All surveys were conducted face-to-face in key local languages using a standardised instrument. Collectively, these surveys represent 44 percent of the global population. The results of these surveys have been extrapolated to countries with an equivalent risk profile.

The 2016 estimate is an increase on the estimate provided in the previous edition of the Index. As efforts to measure this hidden crime are still relatively new, we are not asserting that modern slavery has increased in the intervening period. Indeed, results from our surveys reveal some national estimates have increased while others have decreased. We believe that the overall larger number reflects a significant increase in the quality and quantity of research on this issue. While the methodology will continually improve, even at this early stage, survey data have greatly improvedthe accuracy of our measures. 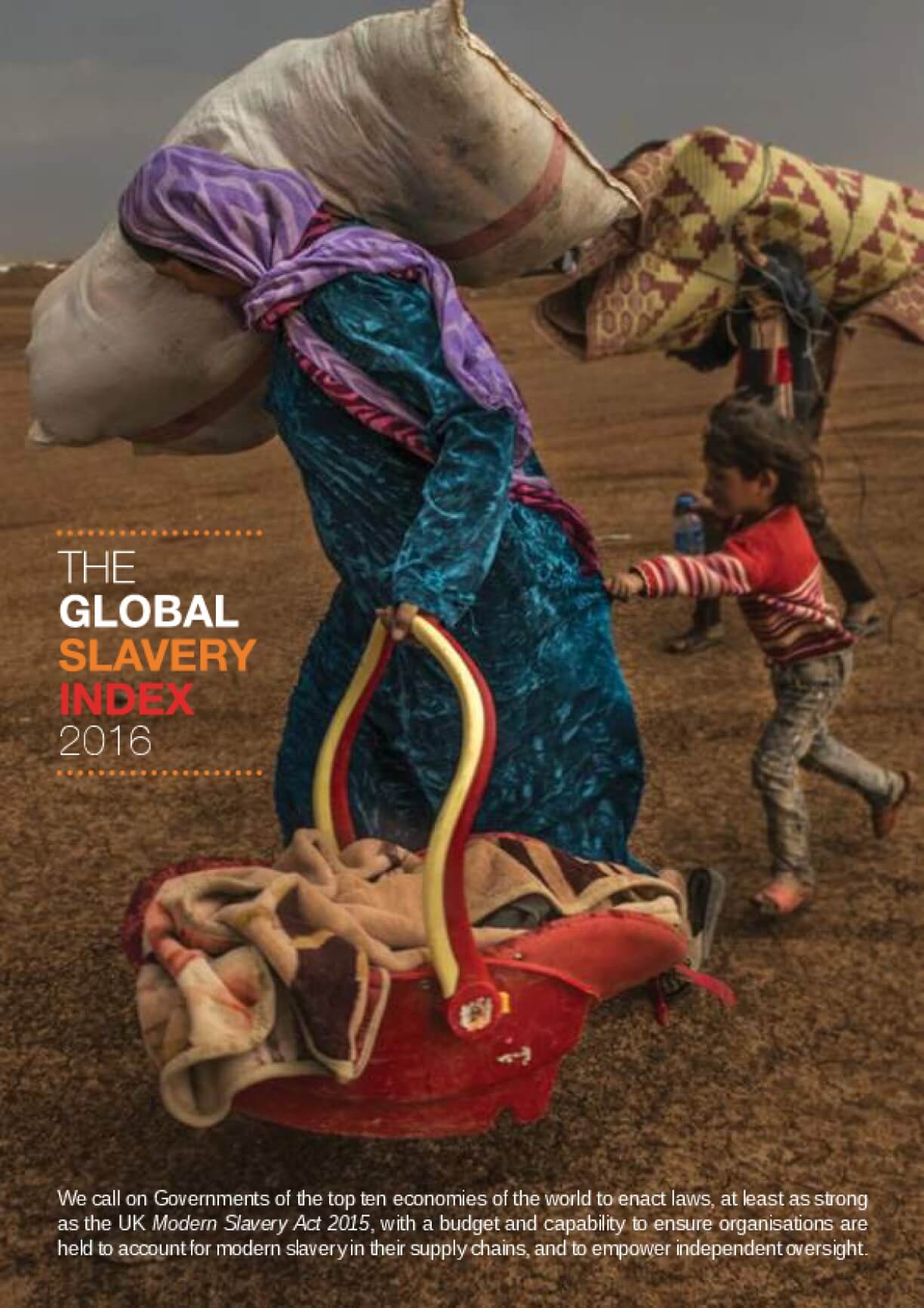