Despite claims by business and medical lobbying interests and the Bush administration, there is no medical malpractice lawsuit crisis in America, according to this report by Public Citizen. The report dispels oft-repeated myths of dwindling doctors and spiraling insurance premiums used to support limits on the ability of injured patients to seek redress in the courts. The real problems are a lack of attention to patient safety, the high incidence of preventable medical error and the lack of accountability for a small set of doctors who account for a majority of medical malpractice payments, the report reveals. The report also presents several recommendations for Congress, state governments and hospitals to reduce health care costs and save lives. Public Citizen reviewed publicly available information from 1990 to 2005 from the federal government's National Practitioner Data Bank (NPDB), which contains data on malpractice payments made on behalf of doctors as well as disciplinary actions taken against them by state medical boards or hospitals. According to the analysis, the total number of malpractice payments paid on behalf of doctors, with judgments and settlements, declined 15.4 percent between 1991 and 2005, and the number of payments per 100,000 people in the country declined more than 10 percent. In addition, the average payment for a medical malpractice verdict, adjusted for inflation, dropped eight percent in the same period. The numbers show that patients do not win large jury awards for less serious claims but that payments usually correspond to the severity of injury. In 2005, less than three percent of all payments were for million-dollar verdicts and more than 64 percent of payments involved death or significant injury -- while less than one-third of one percent were for "insignificant injury." 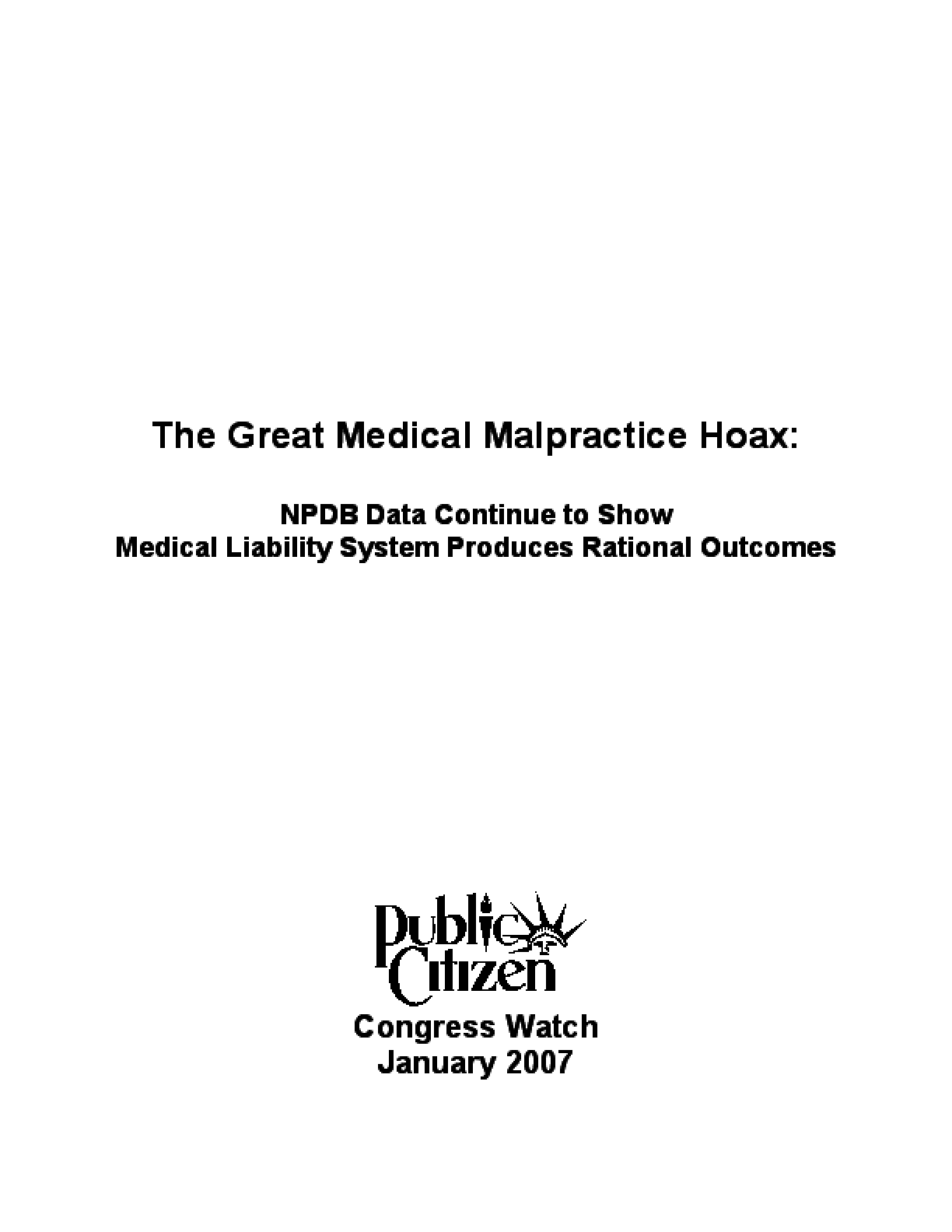