This report is the 11th in the series of annual "Greater Boston Housing Report Cards," the first of which appeared in 2002 at a time when housing prices in the region were skyrocketing. In the course of this series, we have reported on the local housing bubble from 2000 through 2005, during which time home prices appreciated at annual double-digit rates; the retreat in home prices that begain in 2006; and then the beginning of a housing recovery in 2010. Like past report cards, this 2013 report probes Greater Boston's housing landscape, keeping tabs on housing construction, home prices, and rents. We have analyzed the relationship between the region's economy, demography, and housing, and we have kept track of federal, state and local government policies that affect the region's housing market. This report also includes a new analysis of local zoning regulations in Greater Boston communities because of the critical role zoning can play, particularly in the development - or lack of developmeent - of multifamily housing. The 2013 Report Card attempts to answer six questions about Greater Boston's housing market and its effect on the region's well-being: 1. What are the most recent trends in home sales, housing production, and foreclosures? 2. What does the future trajectory of home prices and rents look like? 3. Given current economic conditions, is another housing bubble on the horizon? 4. Given the changing demographics and economic health of Greater Boston, have we begun to build appropriate new housing stock to meet expected demand and to help moderate furure price and rent hikes? 5. Do we still face zoning constraints at the local level that hinder the production of an appropriate housing stock for the region? 6. What roles are the federal government and the Commonwealth playing in the housing market today? 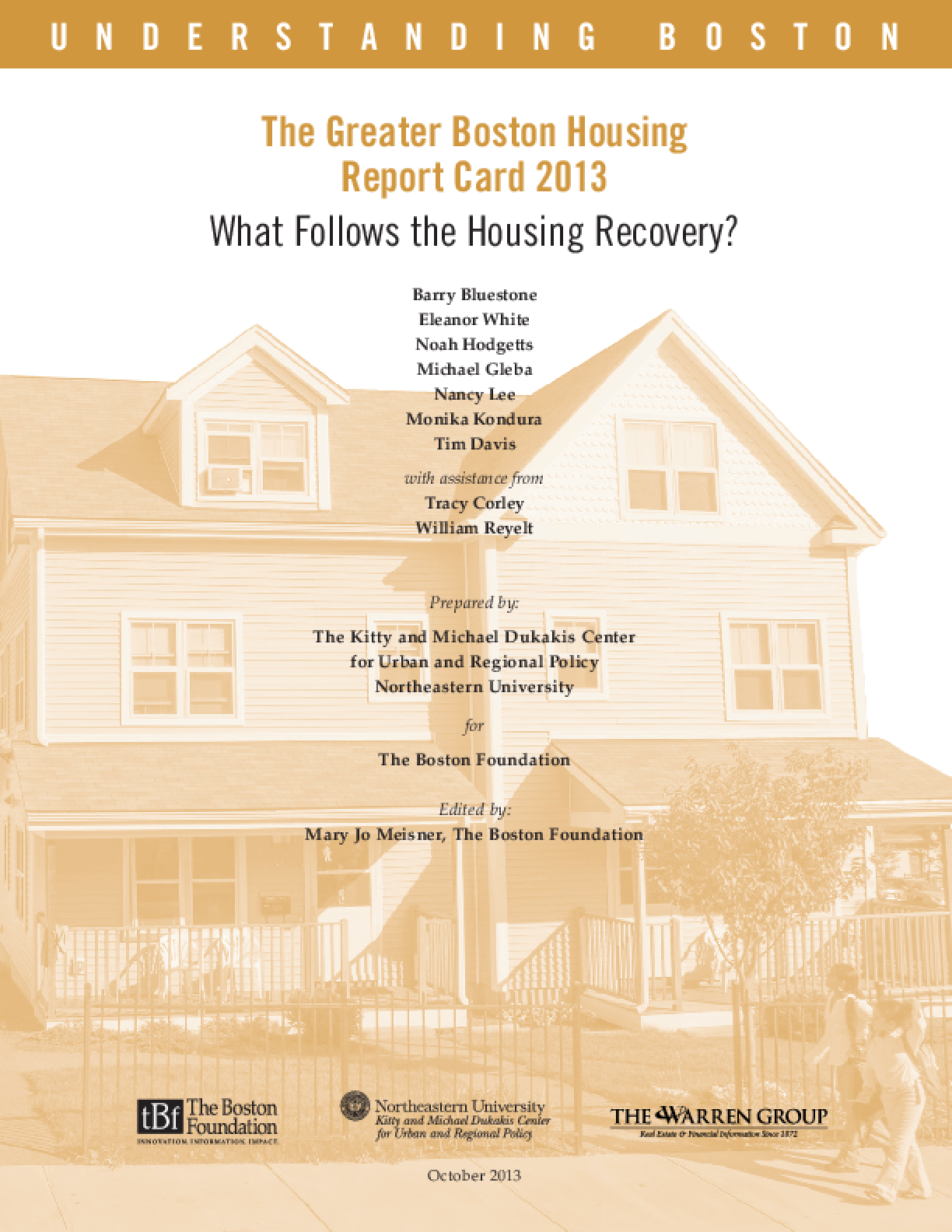