The tragedy at Sandy Hook Elementary School in Newtown, Connecticut, on December 14, 2012, reignited the debate on whether to strengthen federal and state gun laws. Soon after the massacre, the top priority for advocates for stronger gun laws became broadening background checks to apply to all gun sales. Under current federal law, vendors in the business of selling guns must get a license, conduct background checks, and keep records. But unlicensed "private" sellers -- persons who maintain they sell only occasionally at gun shows, online, or anywhere else -- are able to sell guns with no questions asked. In some ways, the debate's emphasis on the universal background checks proposal was surprising -- after all, the Newtown shooter would not have been subject to federal prohibitions, other than the one that blocks handgun sales to persons under 21, and background checks were only tangentially related to the shooting. The ascendance of background checks as the primary policy proposal to combat gunviolence reflects a shift in gun-reform advocates' strategy from tightening regulations on guns themselves to strengthening laws that keep guns away from dangerous people. The shift had already begun before Newtown; after, it only accelerated. Both policy research and political realities informed this shift in priorities. As a policy matter, most research suggests that making it more difficult for dangerous people to acquire guns will have a significant impact in reducing the more than 30,000 gun deaths that happen every year in America. As a political matter, polling conducted before and after Newtown show that 80 percent to 90 percent of Americans support expanding background checks, including most gun owners. As the debate over the universal background checks proposal heated up before the Senate voted on the matter in April, discussion of the substantive benefits of this policy proposal was mostly lost in the fray. The background checks debate far too often devolved into sound bites, which gave rise to a number of widespread misunderstandings about the universal background checks proposal and its potential effects on gun violence in the United States. In this issue brief, we assess six key claims that have been made about background checks in the past year. 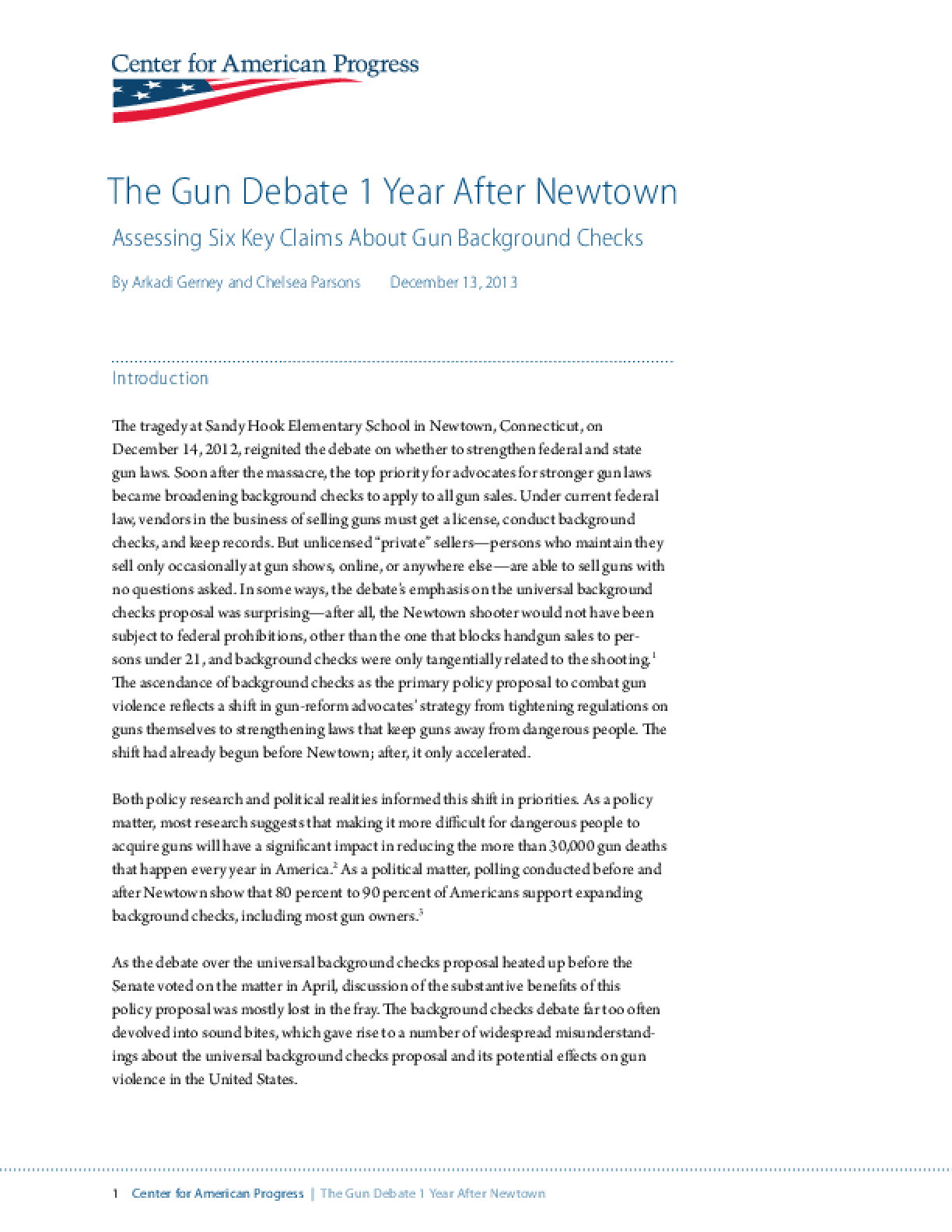