The Housing Affordability Gap for Extremely Low-Income Renters in 2013

This brief provides information on national trends in housing affordability for ELI renter households, as well as insights into which major counties are making the most and least progress on closing the housing affordability gap. The findings are based on data from the 2000 Census as well as three-year averages from the 2005, 2006, and 2007 and the 2011, 2012, and 2013 1-year American Community Surveys. For the sake of simplicity we refer to data averaged from 2011 -- 13 estimates as 2013.

This brief is the first publication on housing affordability to combine detailed county-level data on ELI renter households (those with incomes at or below 30 percent of the area median) and the impact of US Department of Housing and Urban Development (HUD) rental assistance. 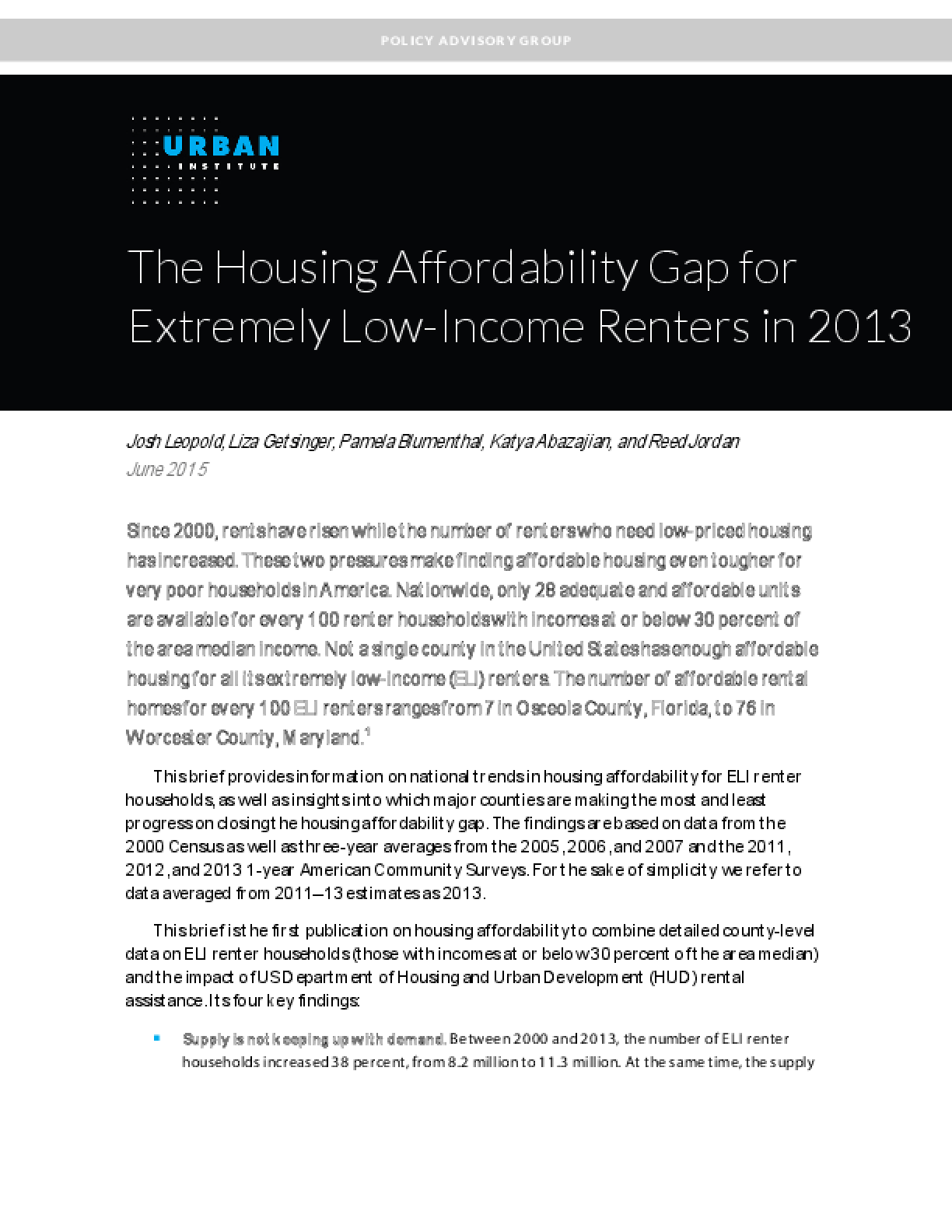