The IMF and Economic Recovery: Is Fund Policy Contributing to Downside Risks?

The IMF's most recent World Economic Outlook (WEO), published last week, projects world economic growth will slow, from 4.8 percent in 2010 to 4.2 percent next year. Throughout the report, there are numerous concerns expressed about the "fragility" of the global economic recovery. The Acting Chair of the Executive Board states that "[t]he recovery is losing momentum temporarily during the second half of 2010 and will likely remain weak in the first half of 2011, as extraordinary policy stimulus is gradually withdrawn." In view of the report and its findings, one might expect a strong bias towards continuing fiscal stimulus in weak economies, and a bias against fiscal consolidation. However, this paper finds that the IMF continues to support pro-cyclical policies in some countries, fiscal consolidation in many others, and clearly does not support central bank financing of fiscal stimulus -- even in countries such as the United States -- where the threat of high inflation is very remote. 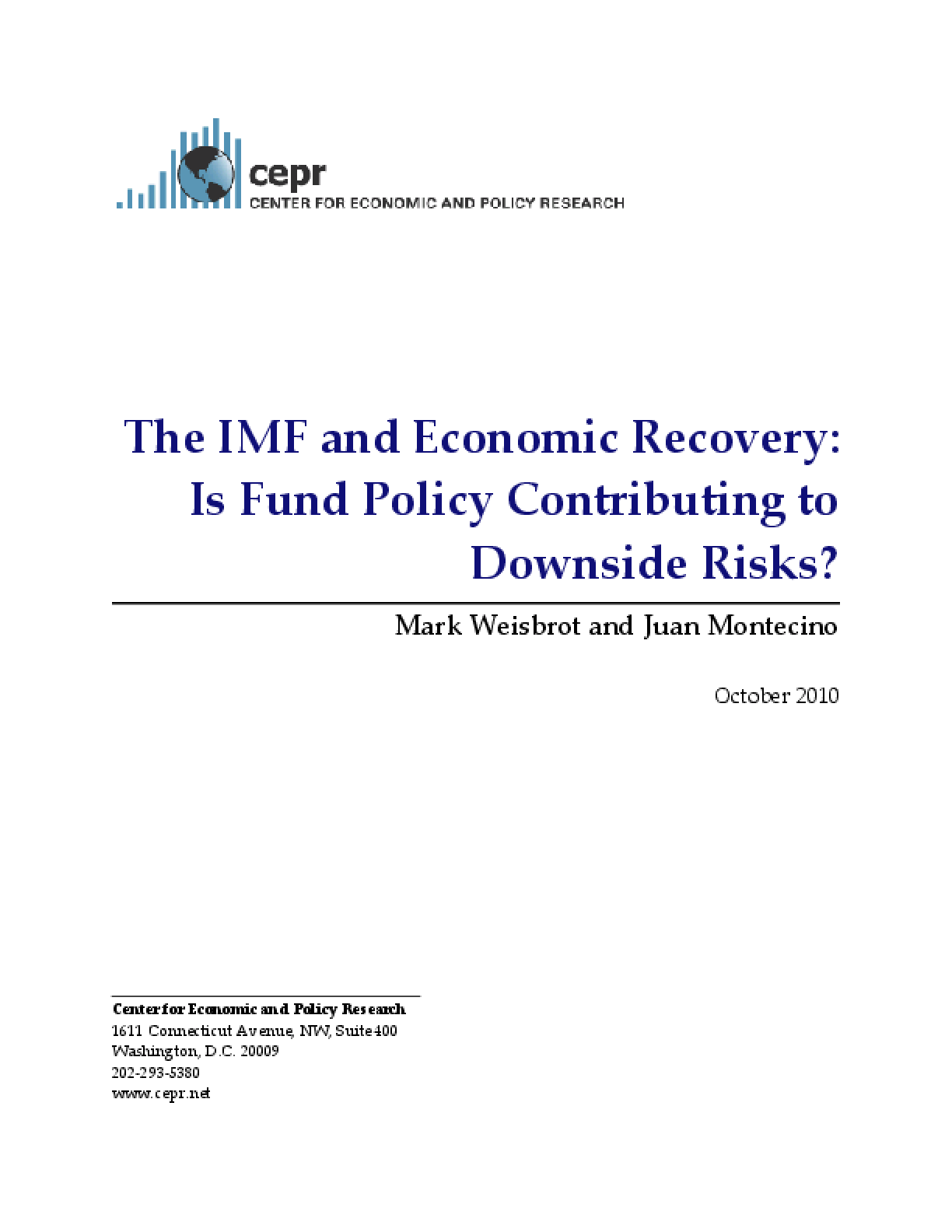