The Impact of Low Unemployment Rates on Disadvantaged Groups

The analysis in this paper strongly supports the view that relatively disadvantaged groups have been the major beneficiaries of recent declines in unemployment. In all cases, the gains for whites — and especially college-educated whites — were limited. This suggests that if the unemployment rate is allowed to fall further, there can be large additional benefits in employment, hours, and wages for the most disadvantaged groups in the labor force. 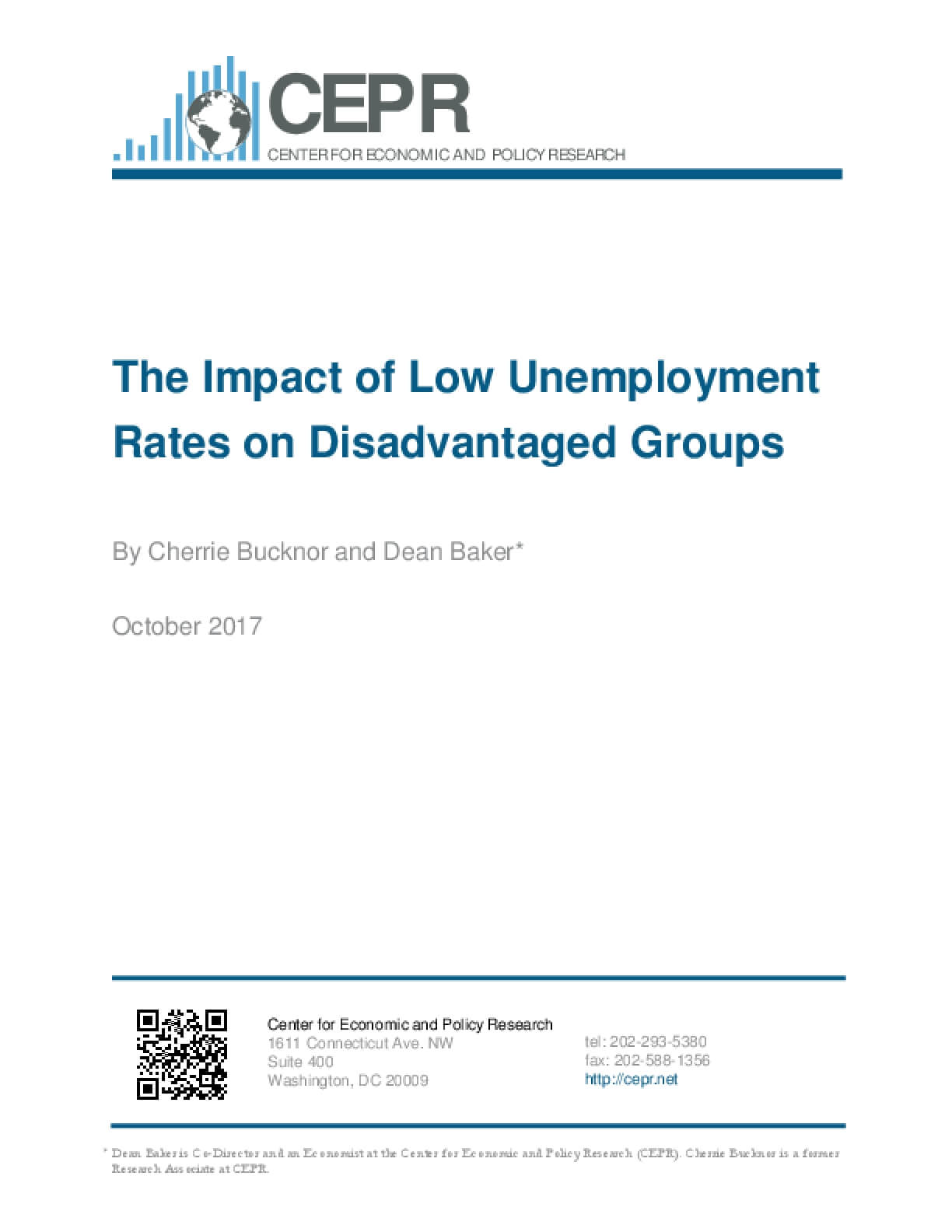