The Impact of Urban Heat Islands: Assessing Vulnerability in Indonesia

The impacts of global change can be felt by local communities during both short-term events such as intense storms and long-term changes such as rising temperatures and changing rainfall patterns. Natural disasters related to hydrometeorology are likely to increase in severity, while in coastal areas sea-level rises require serious attention. At city scale, with high levels of urbanisation, local rising temperatures can affect the quality of life of communities. Urban heat islands (UHI) reflect the magnitude of the difference in observed ambient air temperature between cities and their surrounding rural regions. This study aims to identify whether the urban heat island phenomena is occurring two cities in Indonesia: Jakarta, a large metropolitan city with a business and industrial background, and Bandar Lampung, a growing city with an agricultural background. The aim is to identify community vulnerability to UHI impacts and community adaptation efforts related to UHI.

The results show that UHI is present in both Jakarta and Bandar Lampung. The UHI was clearly evident in morning temperatures in Bandar Lampung, showing that the area surrounding the city had more air moisture due to vegetation land cover, compared to the city area. In Jakarta the UHI effect was clearly visible in the afternoon, and the highest temperature was in high density settlement areas compared to the business and industrial area. Communities in both Bandar Lampung and Jakarta were assessed to have average (moderate) vulnerability levels. Bandar Lampung's moderate vulnerability level is due to low levels of community knowledge of climate change impacts and public facilities, but there were indications of adaptation in the form of natural spontaneous adaptation. Jakarta faces rising temperatures but has low adaptation levels which could be due to low levels of participation in community programmes in general. 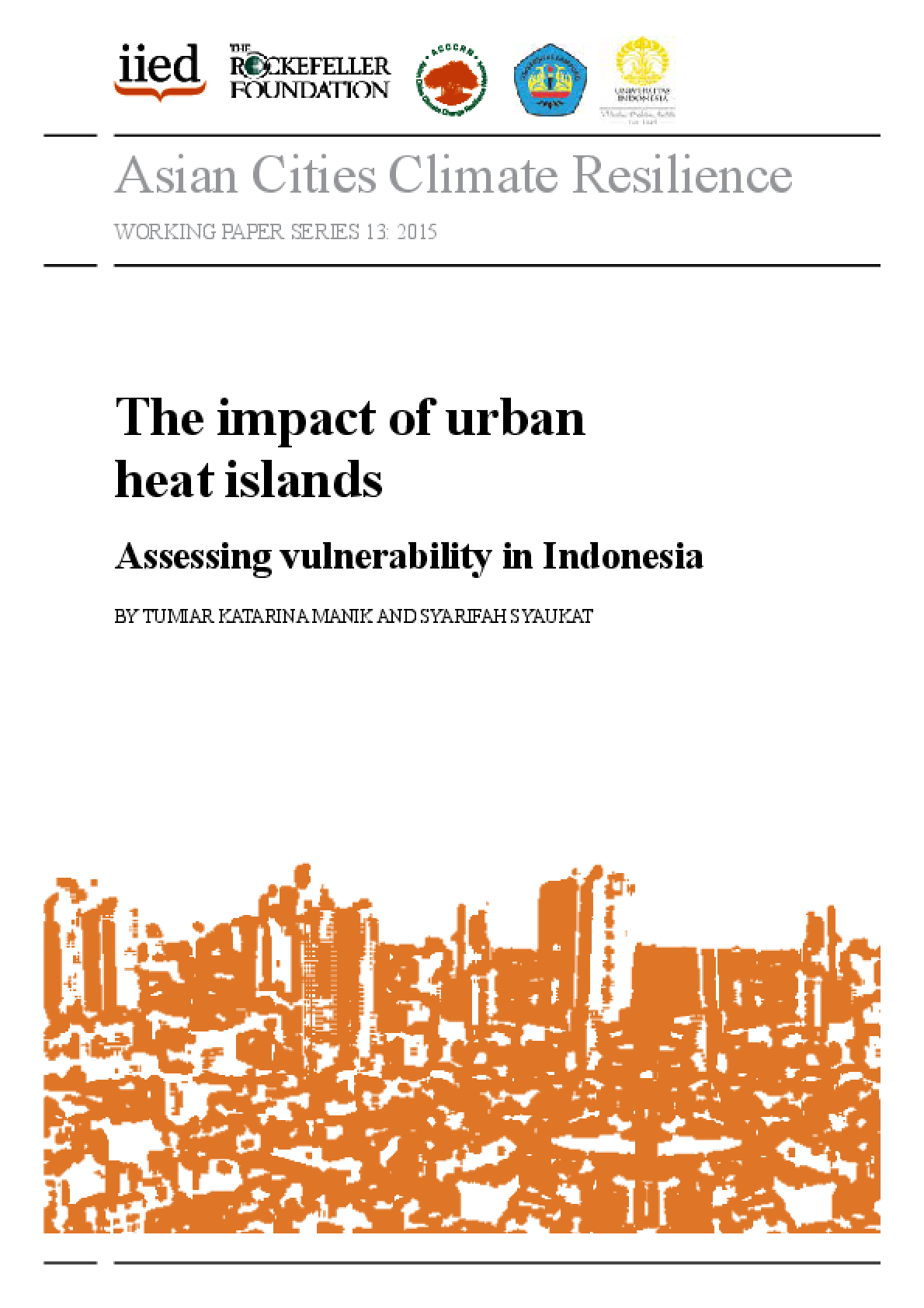