This analysis estimates the impact of allowing same-sex couples to marry on Maine's state budget. We estimate that allowing same-sex couples to marry will result in a net gain of approximately $7.9 million each year for the State. This net impact will be the result of savings in expenditures on state means-tested public benefits programs and an increase in revenue from state sales and income taxes and marriage license fees. Throughout this report, we estimate the economic impact of weddings conservatively. In other words, we choose assumptions that are cautious from the State's perspective in that they tend to produce lower revenues and higher expenditures given the range of possibilities. Even so, we find that the effect of allowing same-sex couples to marry in Maine is an annual positive fiscal impact of approximately $7.9 million. 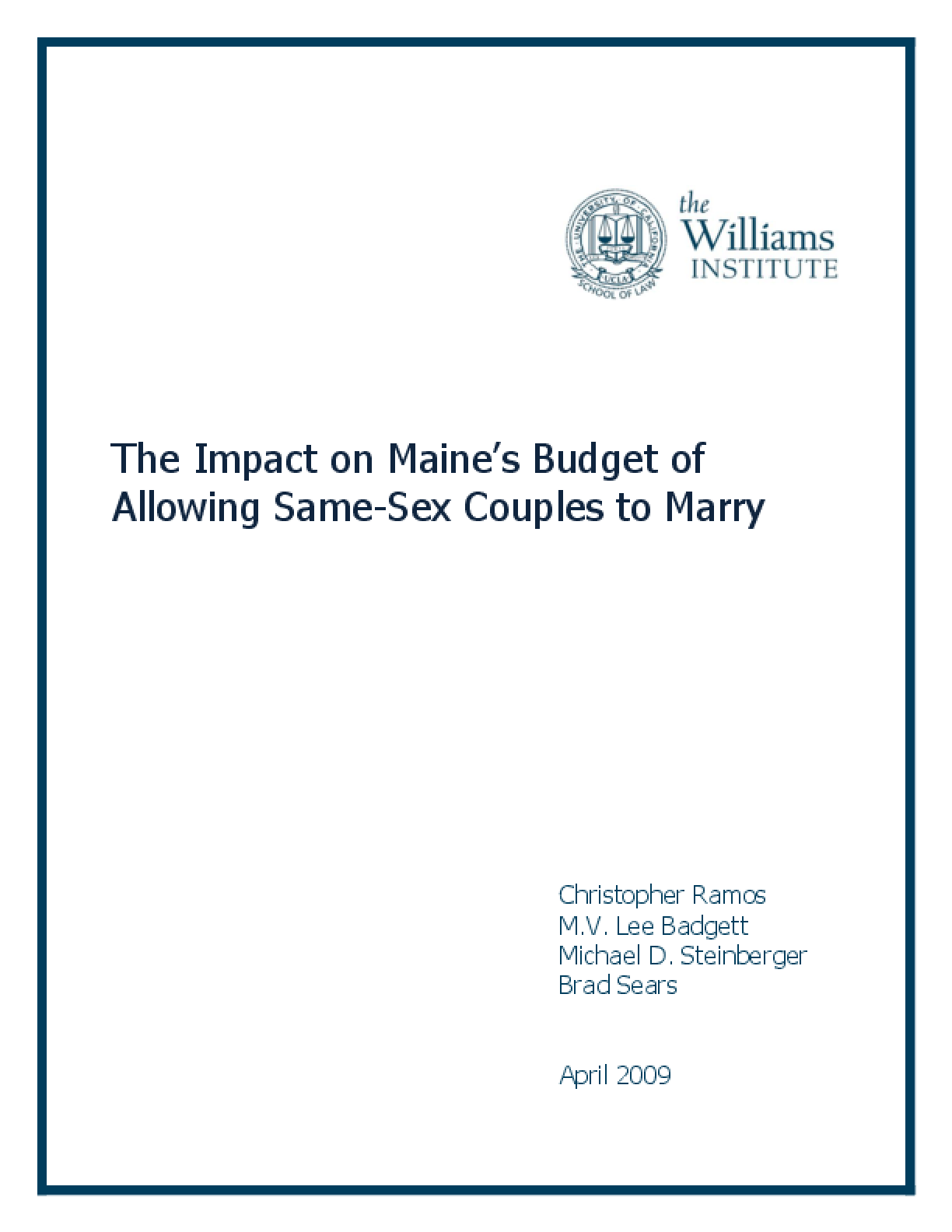