The Impacts of Transitional Employment for Mentally Retarded Young Adults: Results of the STETS Demonstration

The Structured Training and Employment Transitional Services (STETS) demonstration was designed to provide the first rigorous test of the effectiveness of transitional-employment programs in integrating mentally retarded young adults into the economic and social mainstream. Under the demonstration, which was funded by the Employment and Training Administration of the U.S. Department of Labor and directed by MDRC, programs were operated from the fall of 1981 through December 1983 in five cities throughout the country. This demonstration has greatly expanded our knowledge about the implementation and operation of transitional-employment programs for this target population and has documented the effectiveness of such programs in enhancing the economic and social independence of mentally retarded young adults. This report on the impact evaluation and the benefit-cost analysis of the demonstration program consists of the following components: (1) a brief description of the rationale for the demonstration and overviews of the STETS demonstration and the evaluation design, (2) a discussion of the success of the program in achieving its impact goals, (3) a comparison of the benefits and costs of the program, and (4) a review of the policy implications of the demonstration findings. 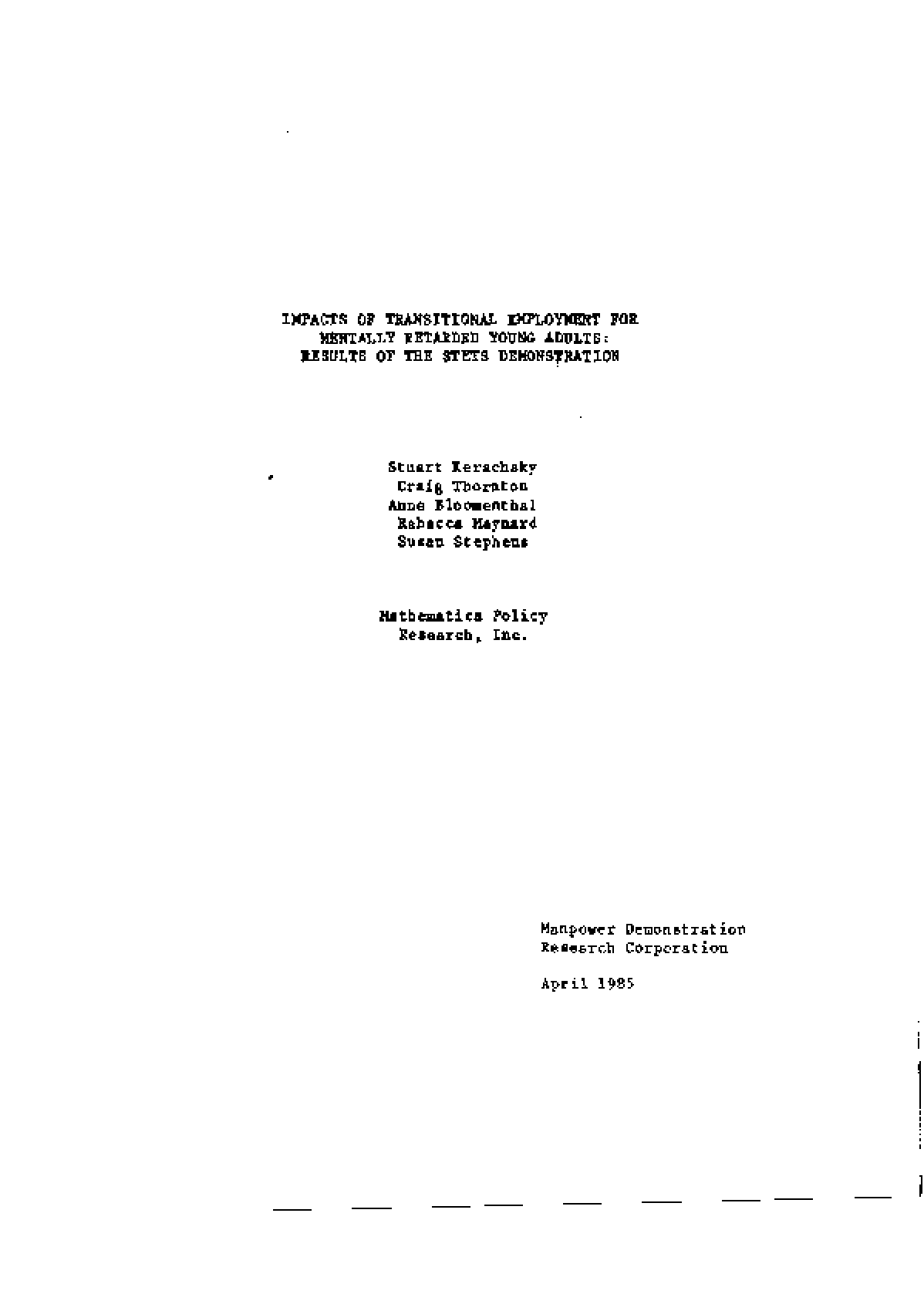