The Implications of Career Lengths for Social Security

retirement ages so that lifetime benefits would be concentrated in older ages, some fear that this change -- without other adjustments -- might harm long-career, lower-wage workers. Tying retirement benefit eligibility to years of service might protect lower-wage workers if they tend to start their careers relatively early and work more years prior to retirement than higher-wage workers. But higher disability rates and greater employment volatility could offset lower-wage workers' early labor force starts, and lead to fewer total years of service completed. Using survey data matched to administrative earnings records, we describe variation in work histories for current and near retirees by gender, education, and other important characteristics. We find that years of service are not likely to provide an effective way to protect the lowest-wage workers. Among other reasons, men and women with the least education also work the least. 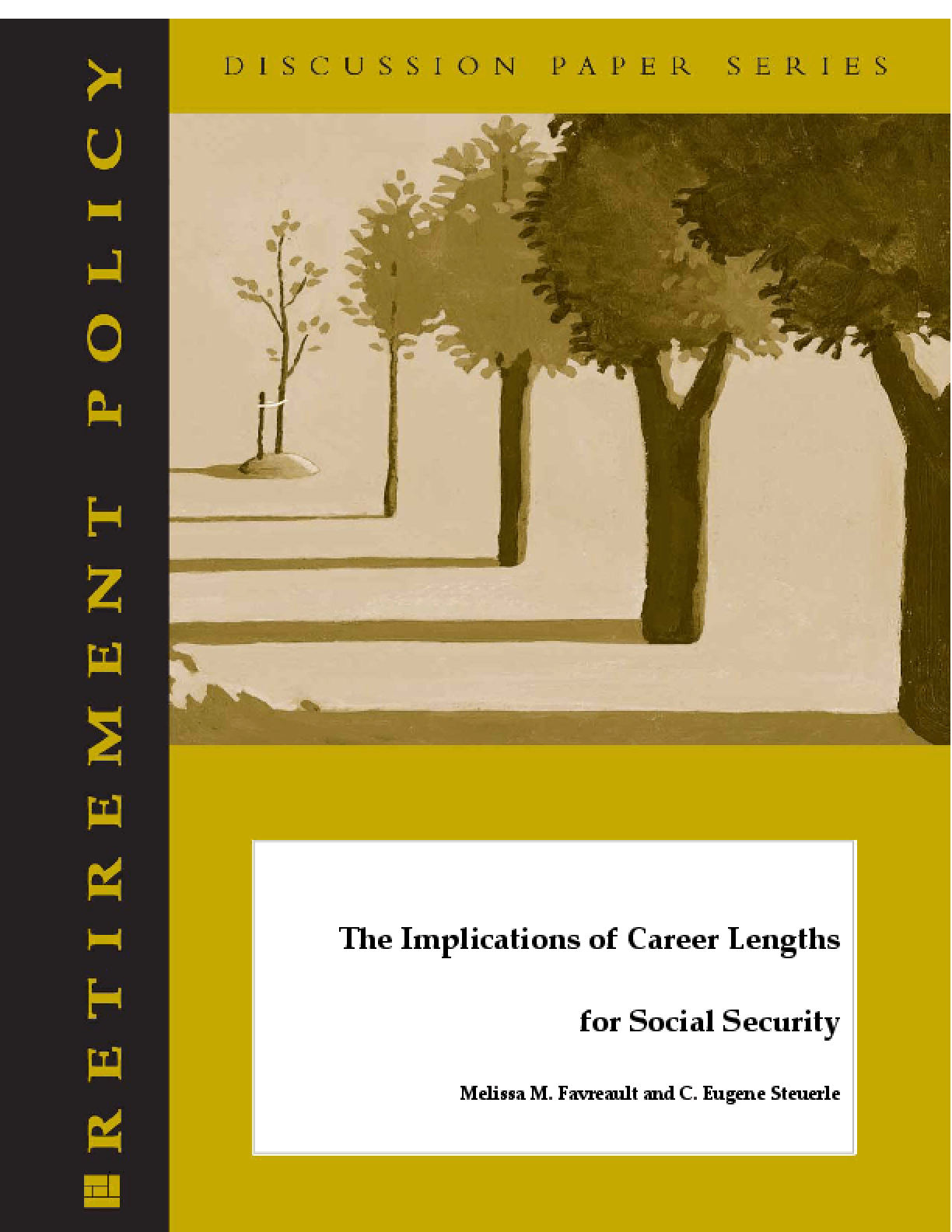