The Importance of Tax Time for Building Emergency Savings: Major Findings from $aveNYC

The New York City Department of Consumer Affairs Office of Financial Empowerment launched the $aveNYC program in 2008 as a pilot to help low-income households build emergency savings and increase their financial stability. The goal of the program was to leverage the tax refund windfall as an opportunity for low-income households to build savings without taking money from their day-to-day cash flow.

Based on the promising results from the 2008 pilot, the program continued in both 2009 and 2010 with an expanded pool of participants. With funding from the Ford Foundation, the 2009 and 2010 programs included in-depth research by experts at both the UNC Center for Community Capital and the School of Social Work at the University of North Carolina at Chapel Hill.


1. Were low-income households able to save when presented with a convenient product and an incentive?


2. What is the profile of those who participated in $aveNYC?


3. What factors made it easier or more difficult for households to save?


4. Did short-term, non-goal-directed savings improve the financial stability of participants?


5. Can an incentivized savings program be implemented at scale, and is tax time an appropriate mechanism?


6. What are the implications of these findings for both policy and future research?


This report provides a summary of important findings on the experience of $aveNYC participants in 2009 and 2010. A control group consisting of customers who had their tax returns prepared at Volunteer Income Tax Assistance (VITA) sites that did not offer the $aveNYC account provide a point of comparison. The findings are based on quantitative survey data and qualitative data collected from in-depth interviews. 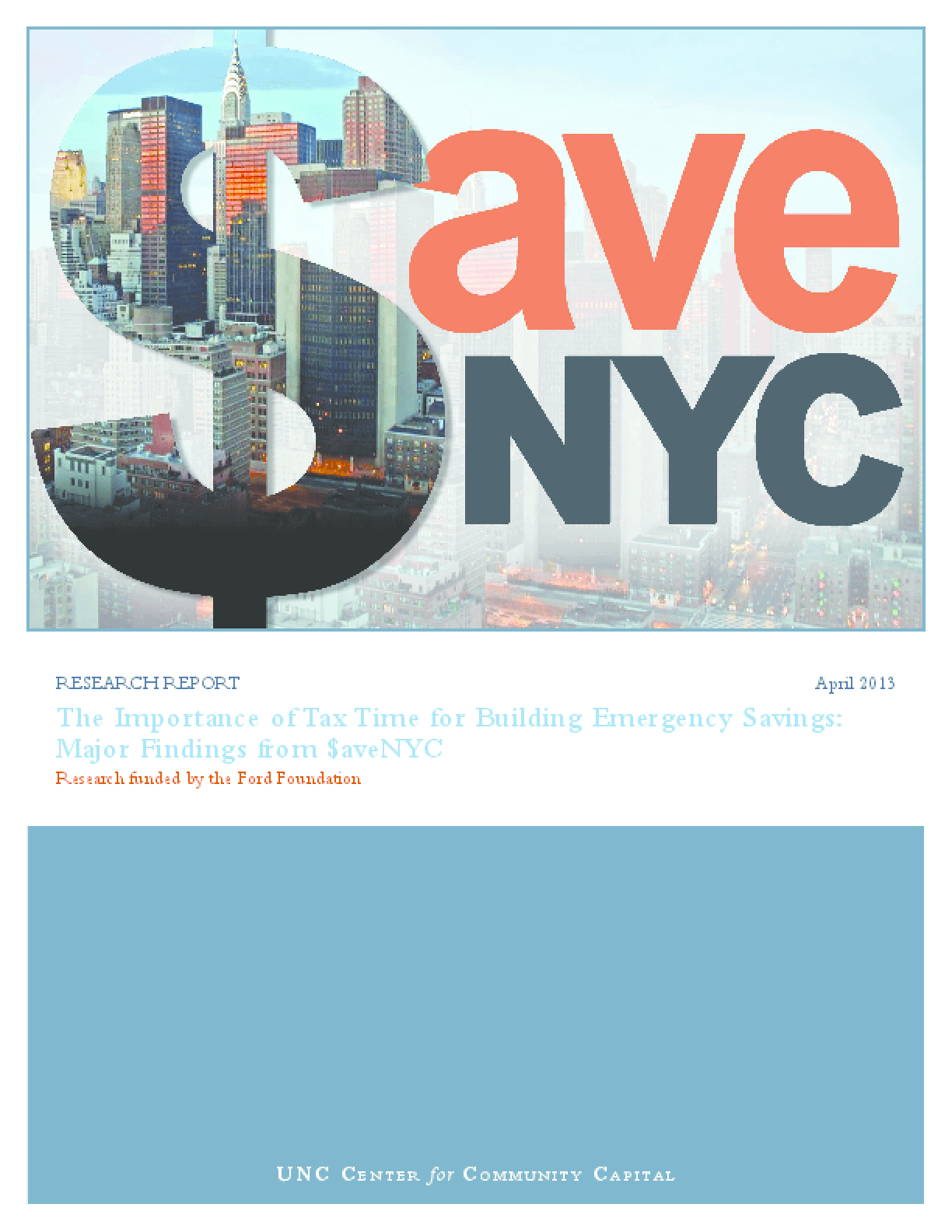