The Importance of Young Firms For Economic Growth

Nearly eight years since the beginning of the Great Recession, the American economy finally gained back all of the jobs lost during the economic downturn. While this is positive news, underlying structural concerns remain, resulting in historically low labor force participation, high rates of unemployment and underemployment, and a "missing generation" of firms. Together, these factors are a drag on the economy, sapping dynamism. Policymakers often think of small business as the employment engine of the economy. But when it comes to job-creating power, it is not the size of the business that matters as much as it is the age. New and young companies are the primary source of job creation in the American economy. Not only that, but these firms also contribute to economic dynamism by injecting competition into markets and spurring innovation. 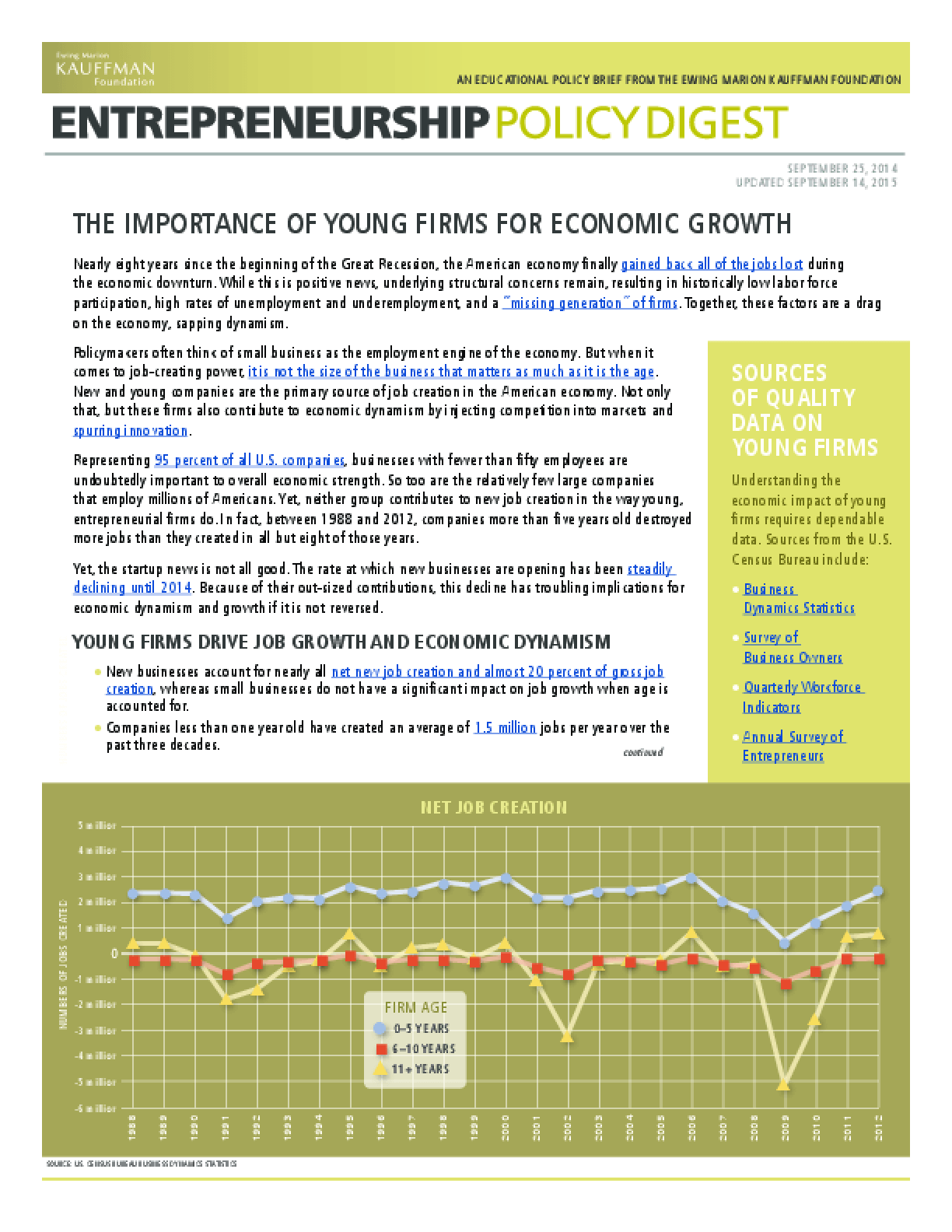