The Klein Doctrine: The Rise of Disaster Polemics

Naomi Klein's The Shock Doctrine purports to be an expose of the ruthless nature of free-market capitalism and its chief recent exponent, Milton Friedman. Klein argues that capitalism goes hand in hand with dictatorship and brutality and that dictators and other unscrupulous political figures take advantage of "shocks" -- catastrophes real or manufactured -- to consolidate their power and implement unpopular market reforms. Klein cites Chile under General Augusto Pinochet, Britain under Margaret Thatcher, China during the Tiananmen Square crisis, and the ongoing war in Iraq as examples of this process. Klein's analysis is hopelessly flawed at virtually every level. Friedman's own words reveal him to be an advocate of peace, democracy, and individual rights. He argued that gradual economic reforms were often preferable to swift ones and that the public should be fully informed about them, the better to prepare themselves in advance. Further, Friedman condemned the Pinochet regime and opposed the war in Iraq. Klein's historical examples also fall apart under scrutiny. For example, Klein alleges that the Tiananmen Square crackdown was intended to crush opposition to pro-market reforms, when in fact it caused liberalization to stall for years. She also argues that Thatcher used the Falklands War as cover for her unpopular economic policies, when actually those economic policies and their results enjoyed strong public support. Klein's broader empirical claims fare no better. Surveys of political and economic freedom reveal that the less politically free regimes tend to resist market liberalization, while those states with greater political freedom tend to pursue economic freedom as well. 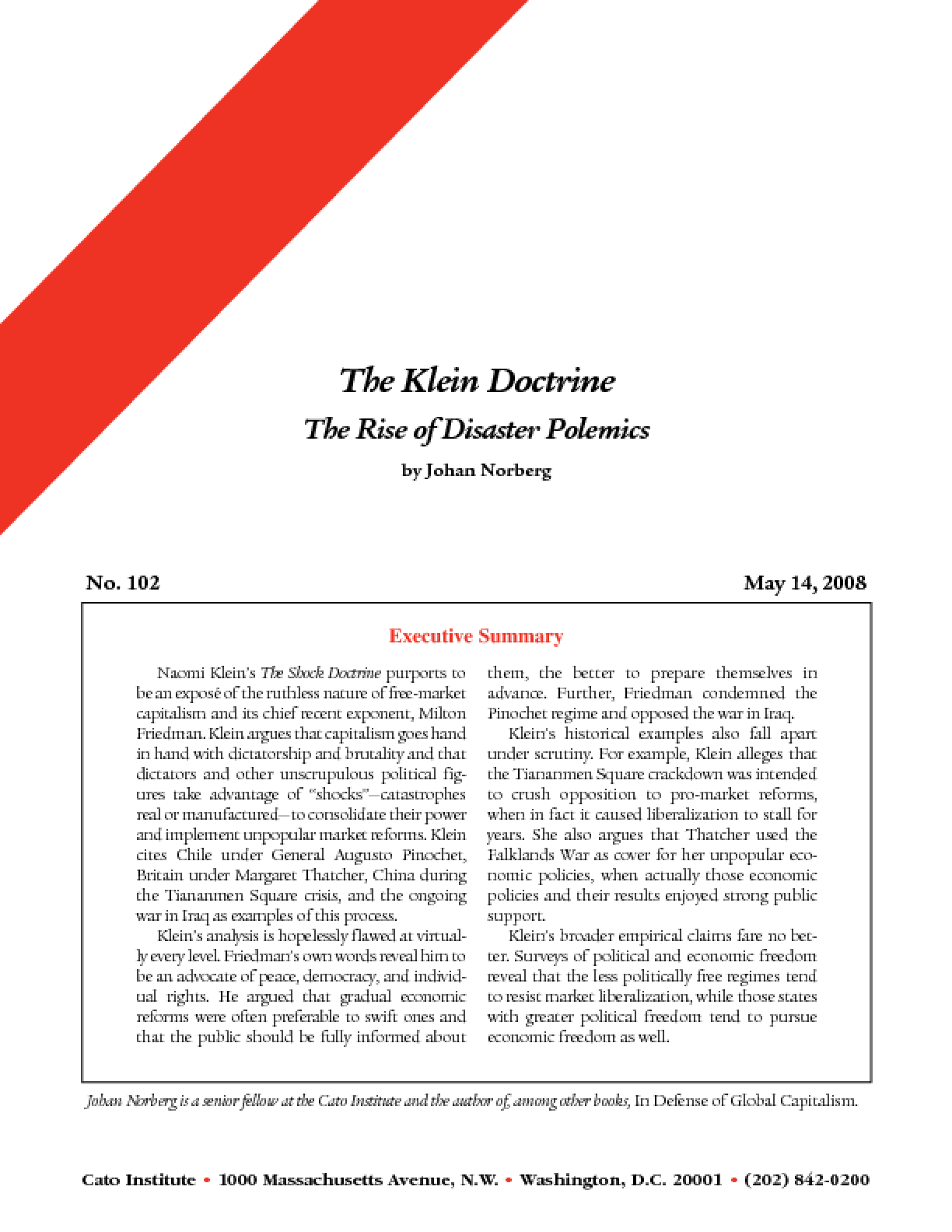