The Labor and Output Declines from Removing All Undocumented Immigrants

This paper analyzes how removing all undocumented workers would directly impact each major industry's workforce and, in turn, its annual production. Overall, it finds that removing all undocumented immigrant workers would directly result in private sector labor declining by 4 million to 6.8 million workers. This reduction would consequently cause production to fall between $381.5 billion and $623.3 billion. As one would expect, the industries that rely the most heavily on undocumented immigrant workers, such as agriculture and construction, are the ones that would suffer the largest declines in both labor and production. 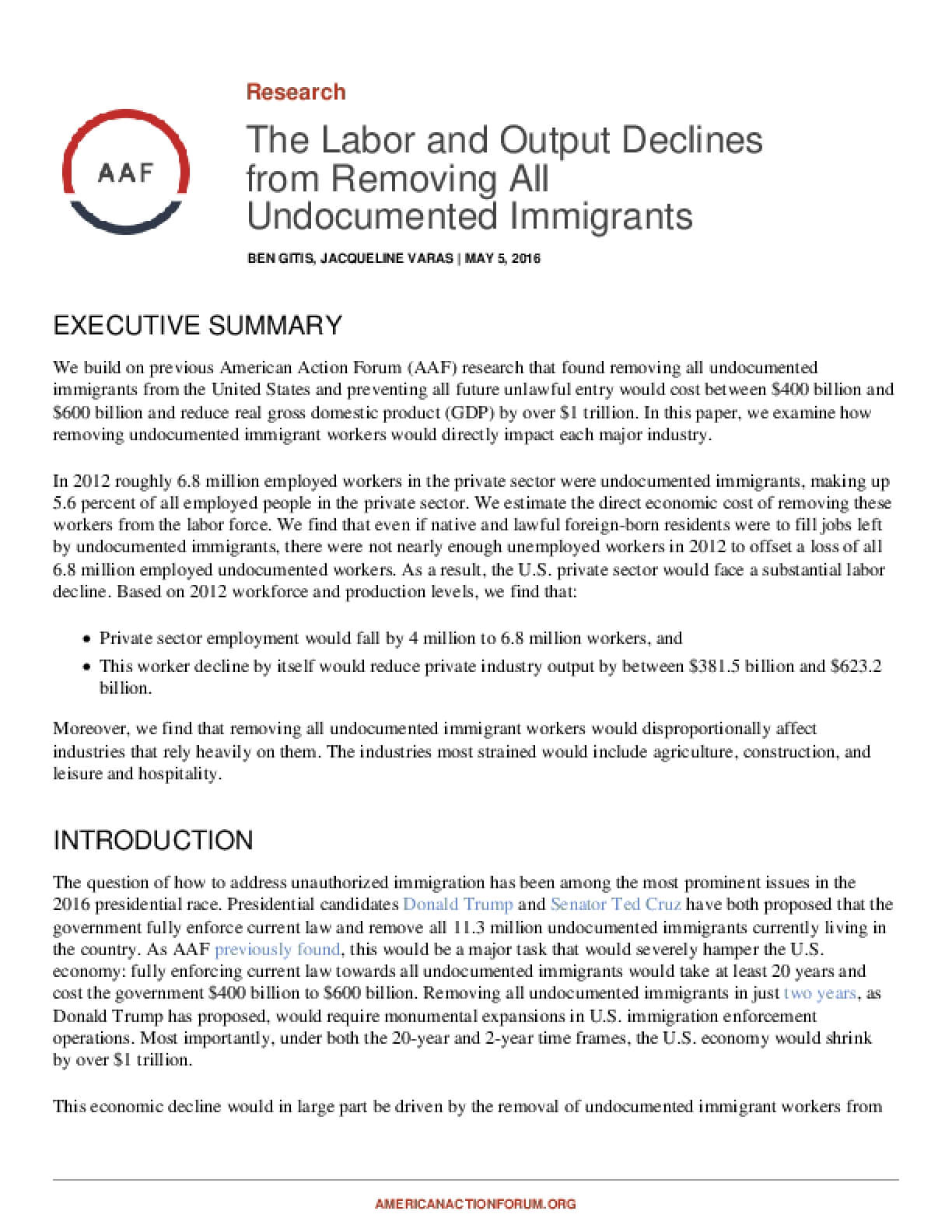