The Magnitude and Sources of Disagreement Among Gun Policy Experts

The effects of firearm policies have rarely been the subject of rigorous scientific evaluation in comparison with most other policies with similarly consequential effects on public safety, health, and the economy. Without strong scientific evidence of the effects of laws, policymakers and the public rely heavily on the expert judgments of advocates or social scientists. This makes gun policy experts' estimates of the true effects of policies an important influence on gun policy debates and decisions. In this report, RAND researchers describe the results of a survey in which gun policy experts estimated the likely effects of 15 gun-related policies on 12 societal outcomes. The researchers use these and other responses to establish the diversity of beliefs among gun policy experts about the true effects of gun laws, establish where experts are in more or less agreement on those effects, and evaluate whether differences in the policies favored by experts result from disagreements about the policies' true effects or disagreements in experts' policy objectives or values. The analysis suggests that experts on both sides of the gun policy debate share some objectives but disagree on which policies will achieve those objectives. Therefore, collecting more and stronger evidence about the true effects of policies is, the researchers believe, a necessary step toward building greater consensus. 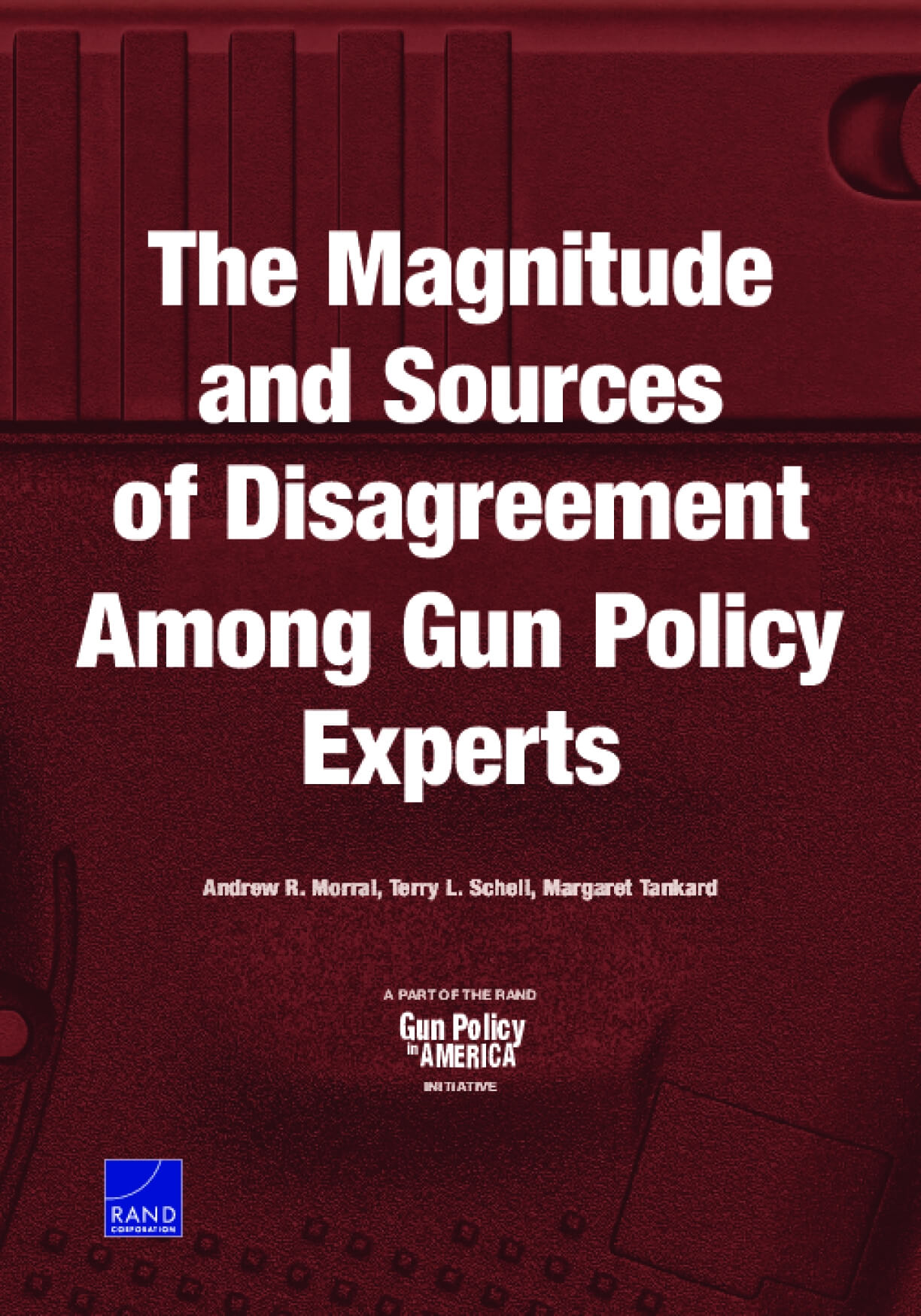